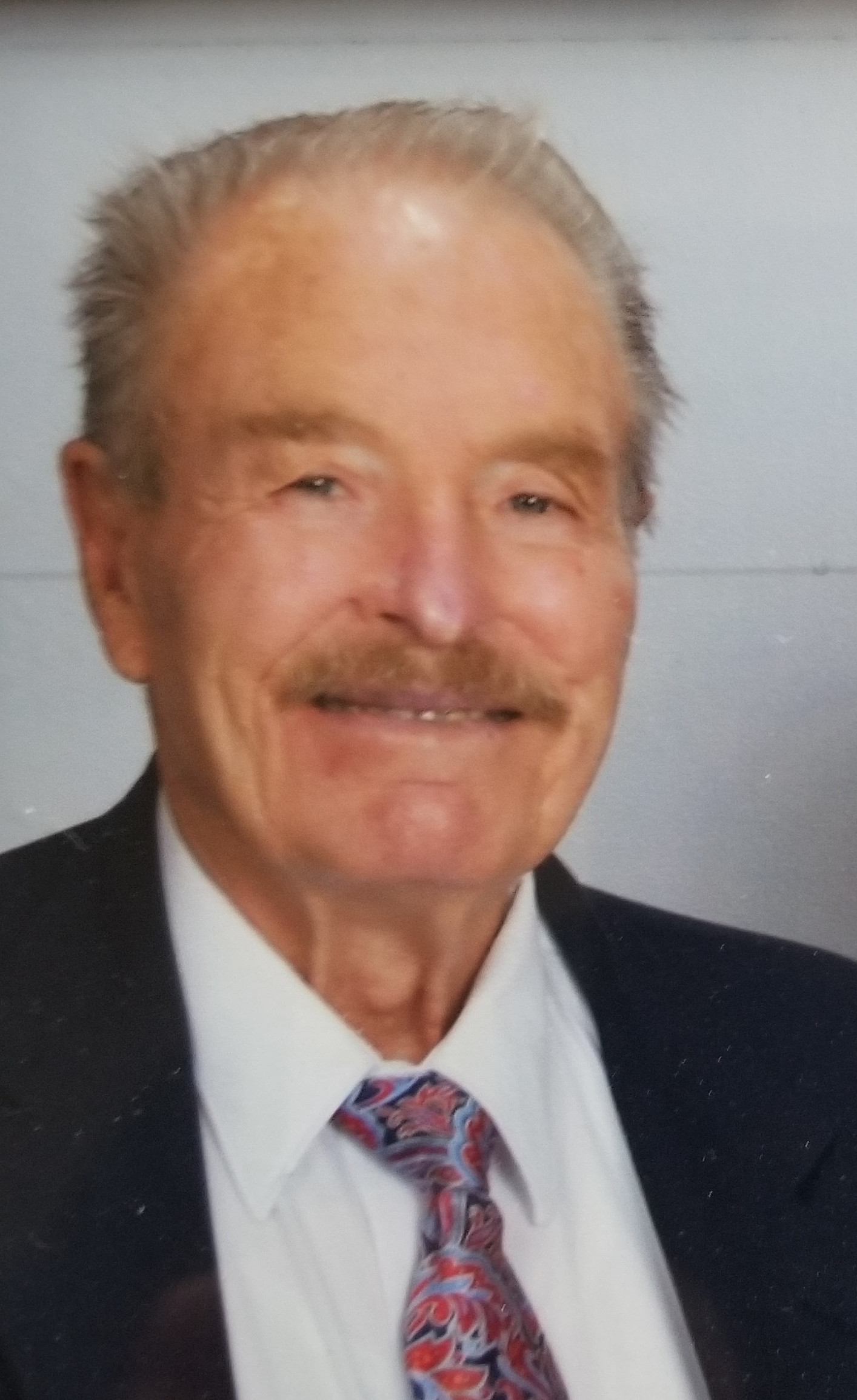 Bob White, 84, beloved husband, father, son, brother, uncle, and friend passed away peacefully Tuesday, 10/27/20, for causes incident to age surrounded by his loving family at his home in Meridian, Idaho.  Bob was born May 12, 1936 in Preston, Idaho to Robert Leslie and Leah Thomas White, who lived in Dayton.  He had two older sisters LaRae (Brown) and Carol (Brady) and was followed by a younger brother, Stephan.  His time in Dayton was spent wandering the foothills on horseback with his dog, Sandy.  He is well-remembered for lighting the hills on fire “to escape rattlesnakes”.  His father operated an auto body shop which they relocated to Midvale, Utah in 1950.  Dad had several traumatic injuries as a youth.  He was ran over by a car as he exited the school bus which resulted in a permanently disable hip.  He was told he would wear a leg brace for life but he overcame the weakness after a couple of years and discarded the cumbersome brace.  He also suffered a leg fracture in a hay derrick accident.

He graduated from Jordan High School in 1954 and married Marilyn Kay Lemmon in her parents’ front yard in Weston, Idaho on June 18, 1958.  He was drafted by Uncle Sam and stationed at Fort Belvoir Virginia when they welcomed their first son, Robert Christopher in 1961.  When he was discharged from the army, he brought his young family back to Sandy, Utah where he began attending the University of Utah while working nights as a dozer operator at Kennecott Copper Mine.  Brian Lee was born in 1962 and Andrew Brett joined the family in 1964.  For many years one of Dad’s favorite past times was encouraging wrestling and boxing matches between his three sons.

When Bob graduated with an accounting degree in 1966, he accepted a position with the Internal Revenue Service in California and the family settled in Los Gatos for three years.  He jumped at the first opportunity to move back to his roots in Idaho when he accepted a transfer to Boise.  While in Boise, Bob and Marilyn decided to start bringing their children to church rather than sending them with the neighbors.  Through the fellowship of loving friends, they prepared for and brought their young family to the Idaho Falls Temple where they were sealed together in 1970. Jennifer Cori was born in 1971 and the family was complete.

Bob was transferred to Twin Falls and the family lived in Jerome for three years.  Wandering the high Snake River Plains shooting rock chucks in the hot summers and coyotes in the dead of winter were some of his favorite adventures. Bob took his final transfer back to Boise in 1975 and worked as an Appeals Officer for the IRS until his retirement in 1996.  He had several co-workers who became close friends.  They enjoyed many golf outings and hunting adventures and continued their friendships in retirement.  Bob was an avid outdoorsman who spent many Autumns hunting deer and elk and whatever he could draw for.

Bob and Marilyn lived in west Meridian on 5-acres from 1975-1998 where they had many close friends.  Bob was always faithful in his church callings and was reliable in whatever assignment he accepted.  They sold their home and acreage to the Church of Jesus Christ of Latter-day Saints and accepted a call to be missionaries in Istanbul, Turkey for two years.  Following their mission, they moved to Malad City, Idaho for nine years.  They loved to travel and made trips to Australia, New Zealand, China, Brazil, Denmark, England, Germany and across the United States.  The mere suggestion of going on a trip was always met with an enthusiastic “count us in!”.

Shortly after returning to the Treasure Valley in 2010 they served a second mission in Washington State.  They resided in Star until finding a home “with a view” on the bench in Meridian in 2018.

Bob will be remembered for his sense of adventure, his infectious laugh, for loving and accepting everyone, and for always wanting Marilyn at his side. A viewing will be held Sunday, 11/1/20, from 6:00 – 8:00 pm at Bowman Funeral Parlor, 10254 W. Carlton Bay Drive, Garden City.  Funeral services will be held at the Church of Jesus Christ of Latter-day Saints, 6111 Birch Lane, Nampa at 11:00 am Monday, 11/2/20.   He will be laid to rest at the Veterans Memorial Park.

Bob will be remembered for his sense of adventure, his infectious laugh, for loving and accepting everyone, and for always wanting Marilyn at his side. A viewing will be held Sunday, 11/1/20, from 6:00 – 8:00 pm at Bowman Funeral Parlor, 10254 W. Carlton Bay Drive, Garden City.  Funeral services will be held at the Church of Jesus Christ of Latter-day Saints, 6111 Birch Lane, Nampa at 11:00 am Monday, 11/2/20.   He will be laid to rest at the Veterans Memorial Park.