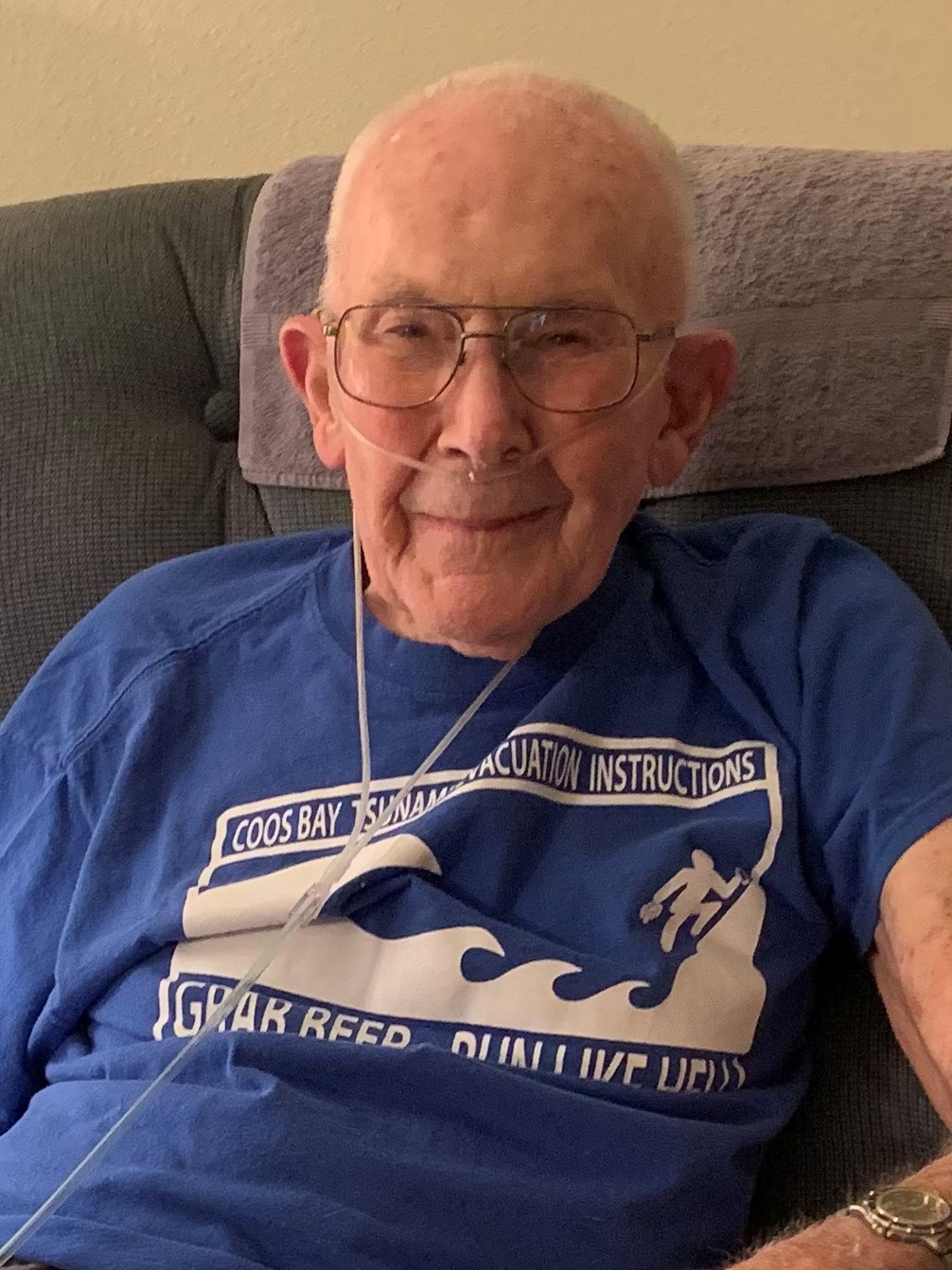 He was born September 11, 1929 in his family home in Dennison, Ohio to James and Verna Gladman. He completed elementary and high school in Uhrichsville, Ohio and graduated with a Bachelor’s degree in Civil Engineering from Ohio State University in 1952. He served in the US Army from 1952-1954, serving in combat in Korea before he was honorably discharged.

While working as a Civil Engineer he was able to live in various parts of the world, including Ohio, Vietnam, Washington, Hawaii, Connecticut, Boise, Virginia, and New York. Some interesting projects over the years included military construction on airbases, docks and roads in Viet Nam; development of the Waikola Resort on the Big Island of Hawaii; the Reef Runway Project at the Honolulu Airport; the Submarine launch facility in Groton, Connecticut; and the Greenpoint Avenue Drawbridge on Newtown Creek between Brooklyn and Queens, New York. He returned to M-K World Headquarters in Boise, where he retired, after 30 years, in 1992.

While in Hawaii, he met and married Norma Bolton, gaining an instant family, with two daughters, Kara and Janet. Bob and Norma enjoyed weekends SCUBA diving, collecting beautiful shells. During their 10-year marriage, they also lived in Connecticut and Boise.

While living in Boise, he met and married the love of his life, Linda Bates. He gained two more daughters, Barb and Kim, sons-in-law and grandchildren; as well Russ and Shannon Phillips, their dearest neighbor friends. Bob and Linda shared a love of outdoor activities, such as hiking, fly-fishing, and camping . During their 33-year marriage they spent their retirement years traveling throughout the United States in their travel trailer, with their kitty traveling companions. They enjoyed many annual family reunions camping at Bull Trout Lake. Bob enjoyed fly-fishing, float tubing, paddling his hand-made canoe and kayaking on various rivers (including the Mississippi, Missouri, Snake, Columbia) and lakes throughout the United States, and even in the Pacific Ocean. He also enjoyed time at home, taking pleasure in spending time with kids, grandkids and friends during family BBQs, BSU Bronco football games, and Thanksgiving dinners.

Bob was preceded in death by his parents; his siblings: Charles, Ella, Helen and Wilma; and his nephew, Tom Gladman.

A Celebration of Life will be held on September 21, 2022 at 1:00 pm at the Bowman Funeral Chapel in Garden City, Idaho. In lieu of flowers, donations may be made to the Idaho Humane Society or Treasure Valley Hospice.

There will be a Celebration of Life on Wednesday, September 21, at 1pm at Bowman Funeral Chapel, 10254 W Carlton Bay Dr., Garden City.

In lieu of flowers, donations may be made to the Idaho Humane Society or Treasure Valley Hospice.