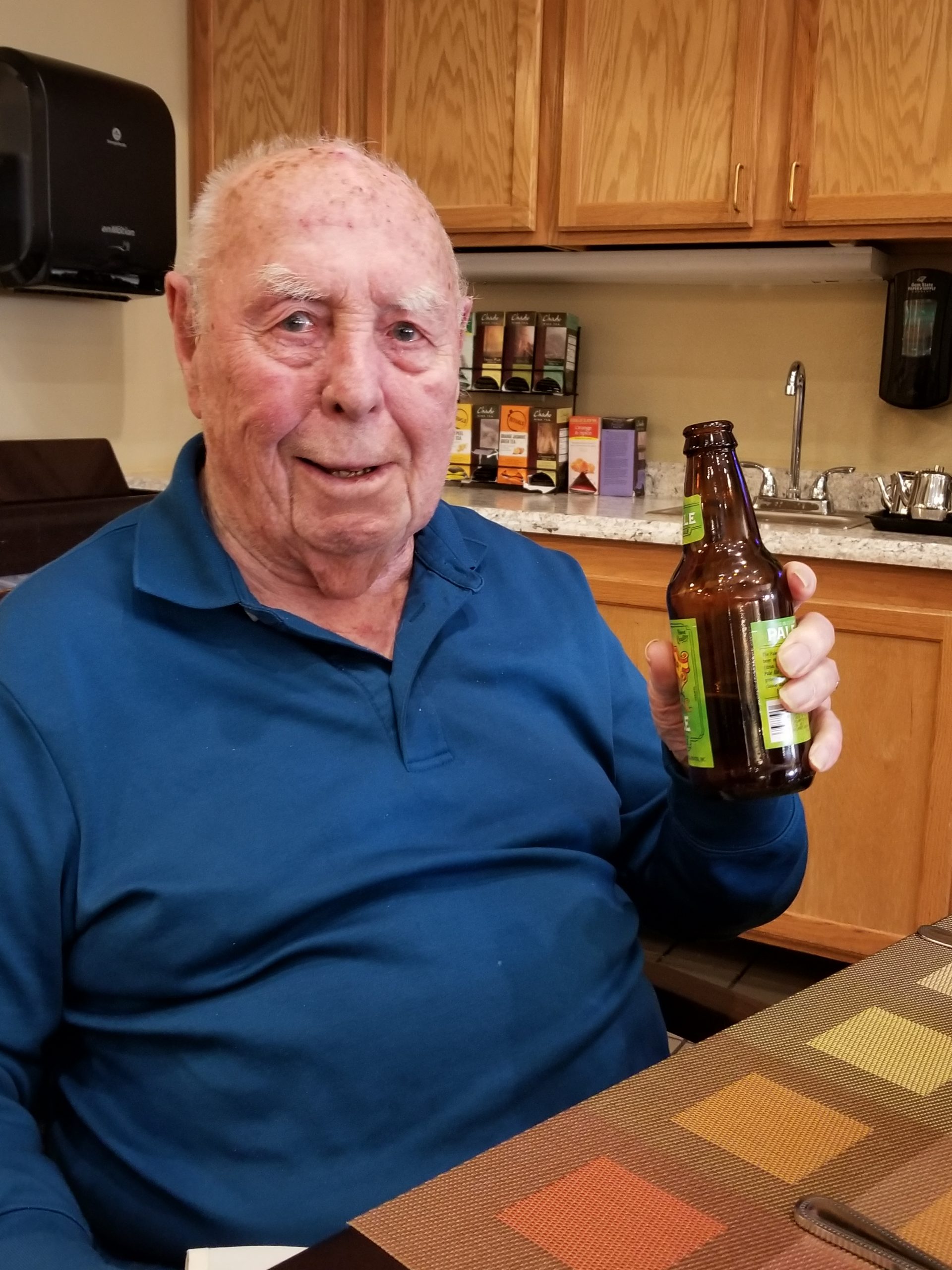 Bob and his twin brother Dick, were born on February 14, 1924 to Melvin Floyd Greer and Beulah Westfall Greer of Port Jervis, NY.

Bob was a retired business man.  After graduating from Port Jervis High School in New York, Robert proudly served his country in the U.S. Army during World War II.  Upon his honorable discharge from the military, he continued post high school education at Denver University, Denver, Colorado, where he graduated with a Bachelor of Science degree.  Moving to Colorado to earn his degree was the first time he and his twin brother Richard M. Greer were separated, including WWII.

An avid hunter, golfer, and fisherman, Bob enjoyed the outdoors.  many wonderful family memories were made camping, hunting (birds and big game) and fishing in Colorado and later in Montana.  A special part of his life was building the log “cabin” (house) in Montana.  Well into his late 80’s, Bob was still harvesting his own timber to burn in the wood stove!

Bob enjoyed 72 years of marriage to his beloved wife Ruth (Chase) Greer.  He is survived by his wife (Ruth), son David M. Greer and wife Nancy of Eagle, Idaho, and daughter Robyn (Greer) Zimmermann and husband John of Garden City, Idaho.  One son, Richard Greer is deceased.  Bob is also survived by 7 grandchildren, 14 great grandchildren, many nieces, nephews and other special relatives.