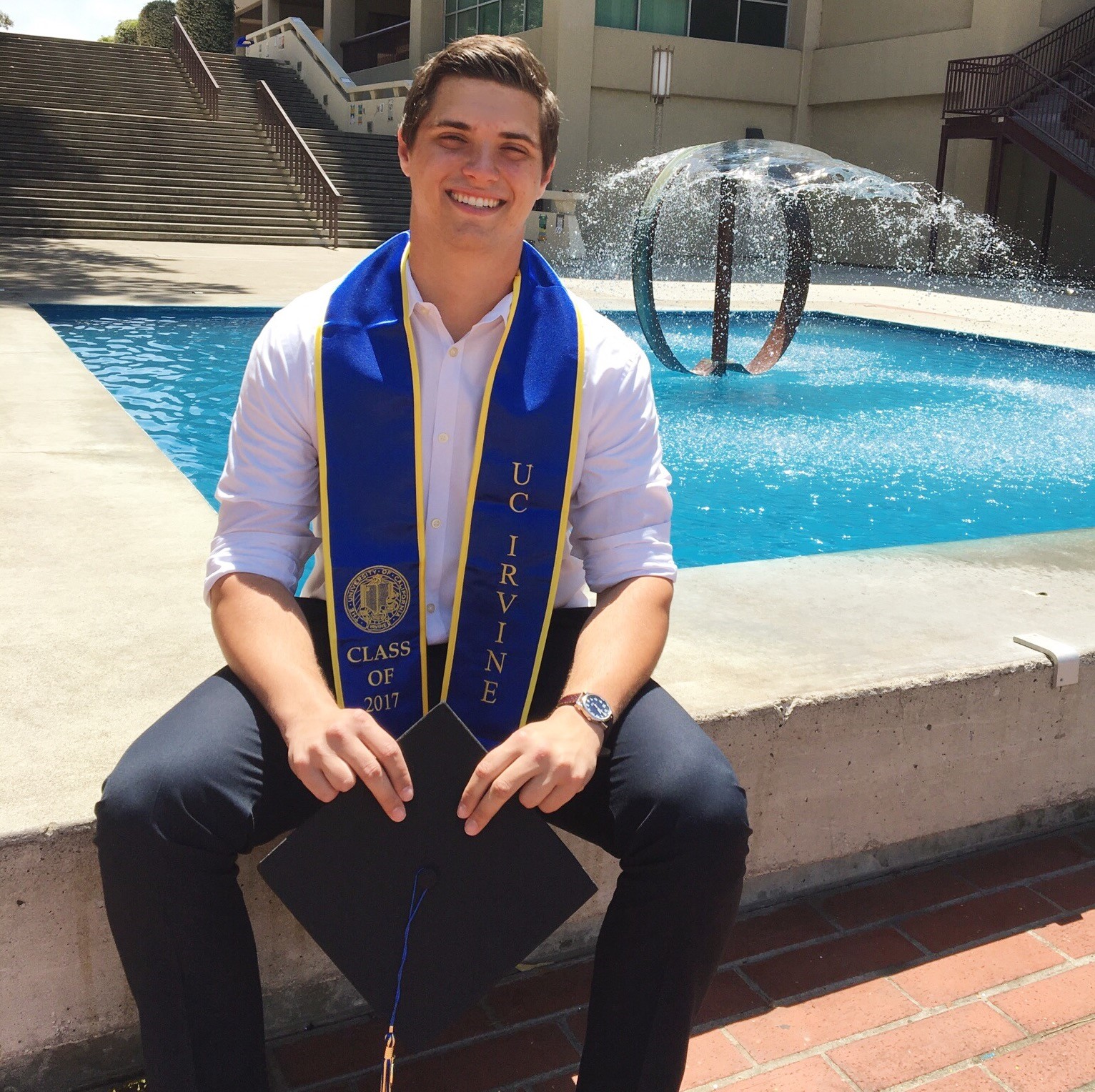 (Practically next door to location)

I can do everything through him who gives me strength.

Robert Tangherlini (Robby, Rob) was born to parents Vince and Kim Tangherlini and to brother Vincent Tangherlini on April 14, 1995, and lived in Rancho Santa Margarita, California, until moving to Eagle, Idaho, in June 2021.  He attended Arroyo Vista Elementary and Middle Schools where he participated in Band and Theatre.  As a youth, he played soccer, baseball, and basketball, and took drum lessons.  Robby attended Tesoro High School where he competed in Comedy Sportz (Freshman through Senior years) and Boys Lacrosse (Sophomore through Senior years.)  Although lacking experience (the other players began playing Lacrosse in Middle School), Robert determined to find a place where he could make a significant contribution to the team.  Through personal effort and time commitment and with the help of one of his coaches, he became one of the top face-off men in the state of California.  After graduation in 2013, Robert attended the University of California, Irvine (UCI), graduating in 2017 with a Bachelor of Science Degree in Biological Sciences.  At UCI Rob was on the Dean’s Honor List for eight quarters, played Lacrosse, and participated in the Young Republicans.  Following graduation from UCI, Robert became a Certified Emergency Medical Technician and a Certified Phlebotomy Technician I.   He worked as a Lab Assistant II at UCI Medical Center in Irvine, California, in the Orthopedic Surgery Surgical Skills Lab, which is a cadaver lab that hosts Resident Grand Rounds as well as corporate and community labs.  Robert also volunteered at COSMOS Science Summer School, Irvine, California, where he collaborated with middle school age participants in developing their skills in the use of laboratory equipment and supplies, in understanding statistical analysis, and in formatting hypotheses and reports.  After moving to Idaho, Robert worked at Interpath Laboratory as a Phlebotomist, at Wright Physical Therapy as a PT Assistant, and on the weekends, he worked at a gym.  Robert’s career goals included applying to Physician’s Assistant programs once he was settled in Idaho.

Robby loved God, family, country, and playing Lacrosse.  He hoped to volunteer at the local middle school working with young face off men.  He also enjoyed skateboarding, drawing, music, and movies.  Robert relished MMA and was committed to following the sport; he planned to join a gym and train in the sport for fitness. He believed everyone should live their best life, which for him was based in Christ and expressed in love, tolerance, and forgiveness.  Being a devoted son, loving brother, and loyal friend, he was generous to a fault, especially with his time and talents.  A deeply sentimental man, Robby saved every gift, ticket stub, note, etc., ever given to him by people he cared for or from special events he attended.  He was a kind, gentle, and honest man, who strove to live a moral and honorable life.

Robby was his father’s strength, his brother’s laughter, and his mother’s heart.  He was the champion of the underdog, the disenfranchised, the lonely, and the broken-hearted.  For all who loved him, Robert (Robby, Rob) embodied faith, commitment, and goodness, with which he covered and protected his family and friends, and which remain as a memory of his brief but meaningful life.

Jesus said to her, “I am the resurrection and the life.

Whoever believes in me, though he die yet shall he live,

And everyone who lives and believes in me shall never die.

Do you believe this?”

In lieu of flowers donations may be made to: