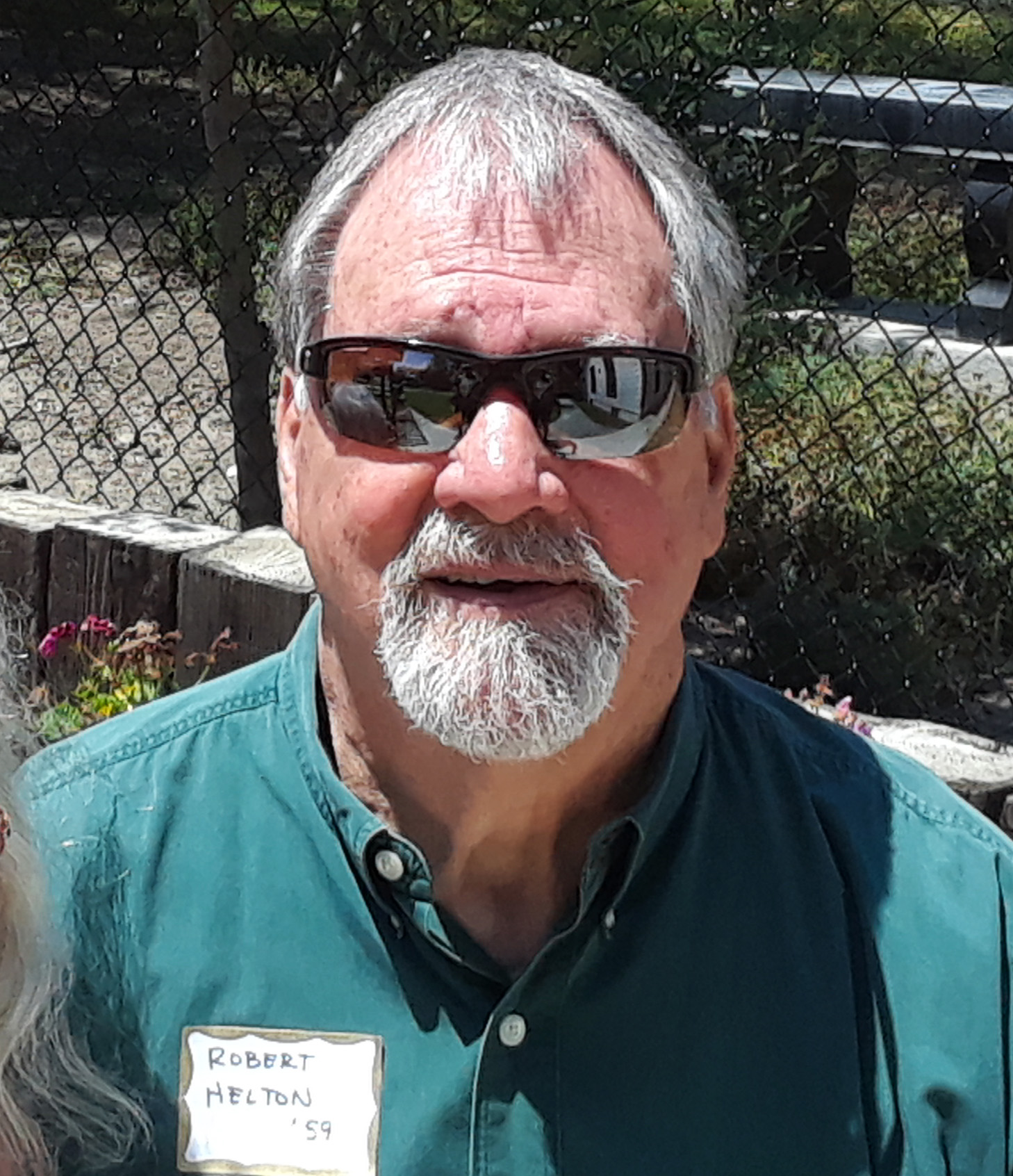 Robert’s school years, through junior college were spent in Carlsbad California. He was a proud alum of the Class of ’59 and thoroughly enjoyed the lifelong friendship of this classmates. During those years he enjoyed working on cars, a variety of sports, surfing and hanging out at the beach, in general anything that allowed him to be outside with friends. He also spent summers working construction with his father and three uncles at “Red” Helton Construction. He was offered several college football scholarships landing in Pocatello, Idaho where he graduated with a BS in Architecture from Idaho State University. He had a talent for design and his knowledge of construction was an attribute as an architect. He could build almost anything he designed.

After graduation Robert returned to San Diego for a short time working at architectural firms but eventually moved to Ketchum, Idaho. He always liked to have fun and Ketchum was a mecca of good times and outdoor life. He enjoyed fishing, bird hunting, racquetball, skiing, and the bar scene. He continued his architectural profession eventually opening his own office.

Ketchum is where Robert met the love of his life Debra. They met at a restaurant where she worked and soon after meeting he told a friend she was the one. In 1998 after a 25year constant companionship courtship they married with his father as best man and his mother as matron of honor.

Together, Robert & Debra and their friend Brent Aizawa opened an antiques shop in the front half of Robert’s architectural office. After four years Robert & Debra closed the office and shop and went on the road doing antiques shows across the country acquiring many friends and memories. They were lucky for the friends and relatives that offered accommodations, which gave them a respite from the less than glamorous motels they were staying in. While still traveling to do shows they rented a house in Boise in 1989 and used that as their base until 1999 when they bought a home in Eagle, Idaho. They did their last show on the road in 2006, parked their van and seldom went far from home other than occasional trips to visit family and friends. He especially enjoyed returning to the Carlsbad area to visit his sister Sue and brother-in-law Steve, their family and his old classmates. He always looked forward to the reunion activities of the Carlsbad High School Class of ’59. Family reunions and fun trips to Oklahoma to visit very close friends were also some of their travel highlights.

The business moved onto the Internet around 2000 and Robert continued repairing and restoring antiques and collectibles although he had many diverting interests. He really enjoyed polishing old tools, especially hammers….some say he had a hammer fetish. He enjoyed small wood carving projects and carving Halloween jack-o-lanterns. With his love of the outdoors, he spent a great deal of time in the yard pruning trees and shrubs, creating and tending the vegetable garden and grape plant and visiting with neighbors. A shared interest in classic cars found Robert & Debra at numerous vintage car shows during the summer months. Robert took up baking and enjoyed experimenting with new recipes for cookies, muffins, and best of all bread. Friends and acquaintances all benefited from his baking endeavors and having friends over for dinner was always a pleasure.

On April 30th 2021 after a very short illness and a diagnosis of leukemia, Robert passed away at home with Debra by his side.

He is survived by his wife and best friend Debra Helton, his sister and other best friend Sara Sue Apodaca, his brother-in-law and hero Steve Apodaca, sister-in-law Vicky Merrifield and her family, niece Lisa Guerra and her husband Richard, nephew Chris Apodaca and his girlfriend Sonya Daggett, great nephews Christopher Apodaca and his wife Cassie and Cole Guerra, many Helton and Craig cousins and dear friends too numerous to list. Debra is grateful to all of them for their love and support.

Robert was cremated. There will be no formal service but individual celebrations of his life will be shared over the years by many. If compelled to do so, donations could be made to a hospice of choice for the supportive work they do.