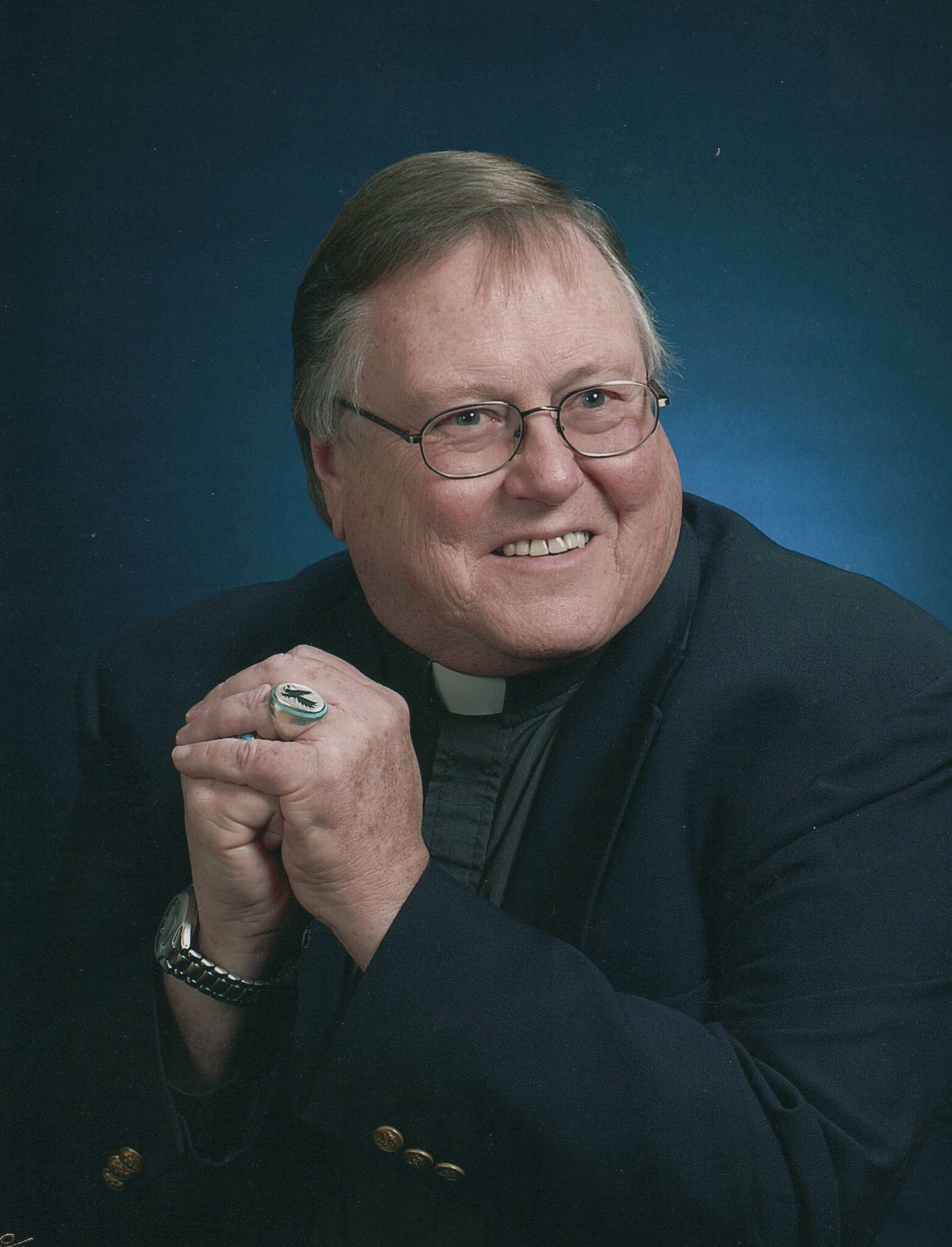 Robert Dennis Spencer, known to many as Father Bob Spencer, passed away peacefully, January 25, 2022, at Cascadia of Boise, Boise ID.

Bob moved to Washington DC and became a buyer for Woodward and Lothrop department store. It was there he met and married Eleanor “Gaye” Robinson and together they had two sons, Robert Christopher, and James Andrew Spencer. Several years later he and Gaye divorced.

Bob felt called to serve the Lord and community and enrolled in the Virginia Theological Seminary, graduating Licentiate in Theological Studies in January of 1972.  During his three-year course of study Bob participated in a Clinical Pastoral Education unit in Denver, CO where he began working in youth ministries.  Following graduation Bob worked for Holy Comforter Episcopal Church in Sumpter SC and was ordained a Priest of the Episcopal Church on September 9th, 1972.

Bob served in several parishes in South Carolina, as Pastor of Chapel of the Cross Church, Chaplain of Heathwood Hall Episcopal School, and Associate Rector and Youth Director of Church of the Advent in Spartanburg.

Bob made the move west in 1982 to assume the position of Rector for Holy Trinity Church in Pocatello, Idaho. His sons, Rob and James, joined him there in 1984. He then moved to Salmon, ID to the Church of the Redeemer and there he continued his Clinical Pastoral Care education, receiving his CPE Diploma from the Academy for Pastoral Education.

Bob settled in Idaho Falls and worked for the Eastern Idaho Center for Pastoral Care. He touched many lives as an educator for clergy and lay people alike [working as Pastoral Care providers in the eastern Idaho hospitals]. His Pastoral Care journey took him to Cheyenne, Wyoming where he was Director of Pastoral Service for United Medical Center.

He retired from United Medical Center and the Episcopal Church but continued to be active in the Church in both Idaho and Wyoming as an Interim Clergy and Supply Priest. He moved to Rock Springs, WY and was the Interim Priest at Holy Communion Church until health issues caused him to move back to Idaho to be closer to family.  He continued to fill the Supply Clergy role in south Idaho, and as Chaplain to retired clergy of Wyoming and Idaho until shortly before his passing.

He was an active volunteer with the Sierra Club, Conservation Voters of Idaho, 100% Clean Energy for Boise, and the Idaho Human Rights Campaign.

During his lifetime, Bob enjoyed camping, and traveling; social, political, and environmental activism, all inspired by the teachings of Dr. Martin Luther King.  He loved his family completely and deeply including his K-9 companions, Lady, Camie, St. Francis, Kaydo, and his favorite and best friend, Chewy.