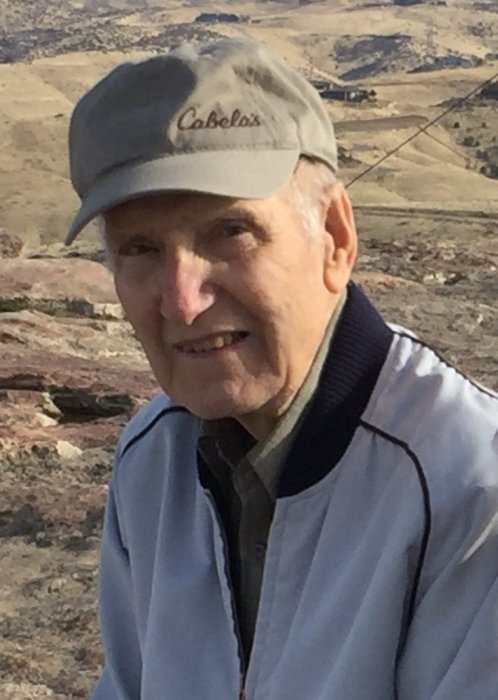 Robert Obenchain was born on February 12, 1926, in Rockford, IL, to Elfred and Judith Obenchain. His father, Elfred, had been born and raised in Idaho and Judith was born in Rockford to Swedish immigrant parents.

In the providence of God these two met when Judith came west with a singing group from the Swedish Free Church in Rockford. After their marriage, Elfred tried to adjust to life working in a factory in Rockford, but he longed for the mountains of Idaho, and when Bob was two, the family moved to Bellevue, ID, where Elfred found work in the mines. They lived in Ketchum for several years. When Bob was in the fourth grade, the family moved to Boise where they became active in Baptist Temple Church.  The faithful Bible teaching they received there had a tremendous impact on Bob, who developed a deep love of Scripture. During the Great Depression Elfred found work building roads in the mountains and Judith chose to take the family of five boys and one girl to live in the mountains in a small trailer and a tent so the children would not be separated from their father.  As a result of this, Bob had a lifelong love for picnics at Shafer Butte and tent camping in the mountains. He graduated from Boise High School and tried to enlist in the army as World War II was raging, but was not able to because his heart had been damaged in two bouts of rheumatic fever. He met Nancy at a youth rally, and they were married in 1950. Bob and Nancy had four children, Phyllis, Karen, Susan and Jim. Bob graduated from Los Angeles Baptist College and Multnomah School of the Bible in Portland, Oregon. He was ordained to the gospel ministry in 1959, and over the years, served as pastor at Baptist Temple in Boise, Notus Baptist Church, Roswell Baptist Church, and as interim pastor at several other churches in the valley.

Bob went to be with his Lord and Savior on Saturday, June 15, 2019. Bob is survived by Nancy, his wife of 68 years, his four children, twelve grandchildren, and fourteen great-grandchildren.

In honor of his love for the Scriptures, the family suggests memorial gifts to the Global Pastors Book Fund. This fund provides pastors with Bibles and Bible study tools in countries where these materials are not readily available. Gifts may be sent to:

Please include “Robert Obenchain Memorial” in the memo line.