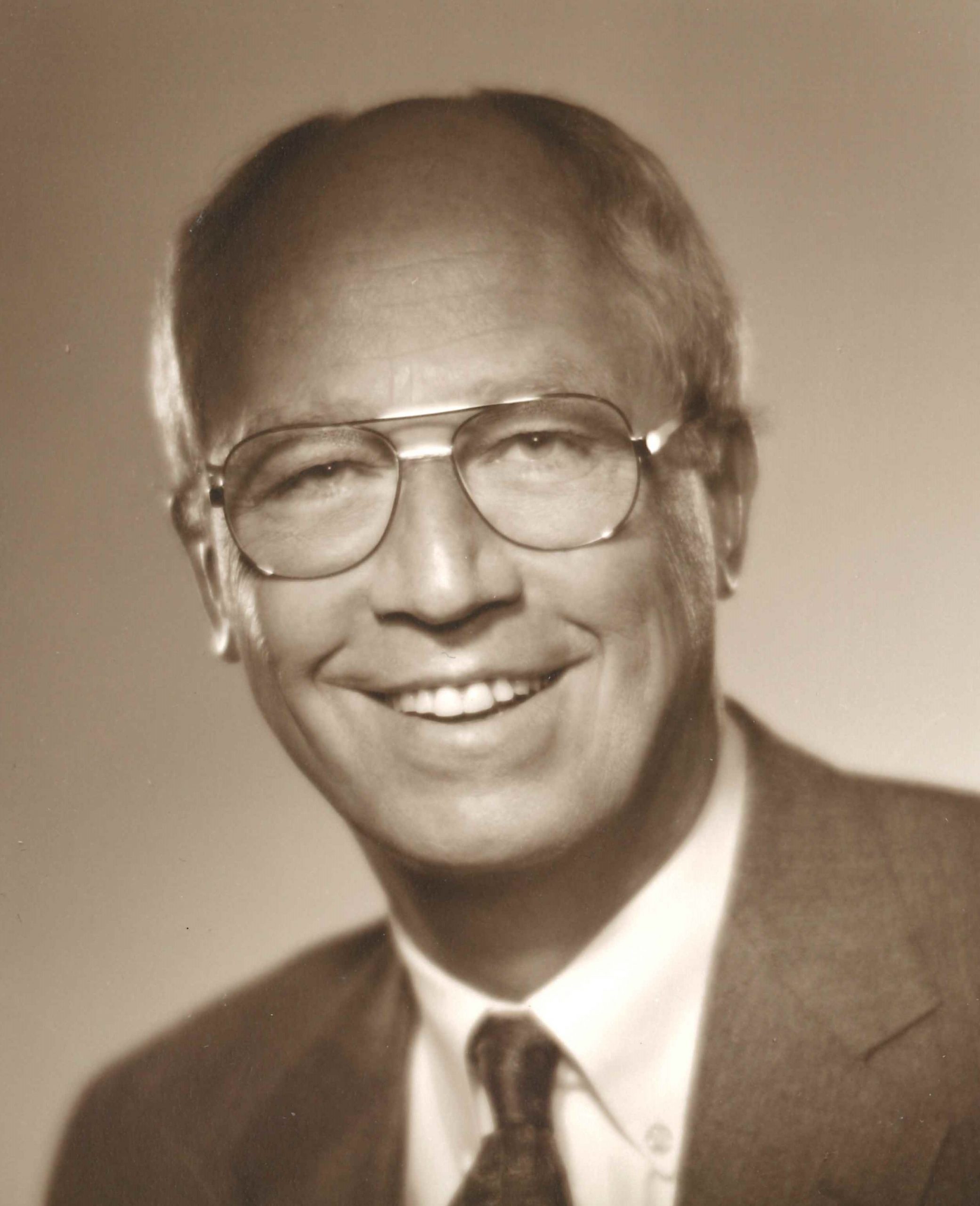 Robert (Bob) Truesdall Jones, April 23, 1932 – July 25, 2021. Born to Orville L. Jones (Deac) and Jane Jones in Wallace, Idaho, Bob passed peacefully at the Touchmark community in Meridian, Idaho. Deac, Bob’s father, was raised in northern Idaho returning to Wallace after getting a degree from University of Wisconsin who was eventually joined by his wife, Jane Truesdall, from Toledo, Ohio who also attended University of Wisconsin. Bob and his older brother, Henry, grew up loving the outdoors and all that it had to offer. They loved hunting and fishing with their father and spending weekends at their cabin on the St. Joe River. Wallace was a blooming silver town bringing a level of opportunity and sophistication to the small northern Idaho enclave. Bob cleared brush around the mines as a summer job and was exposed to the hard work carried out by the miners in those early days. Those experiences would serve him well throughout his life.

After graduating from Wallace High School, Bob attended Menlo College in Palo Alto, California playing football and basketball. He enjoyed the memory of playing basketball against the Harlem Globetrotters as the competitive team. When the Korean War broke out, Bob enlisted in the U.S. Air Force in 1952. Shortly thereafter he married Jean Trowbridge from Wallace, Idaho, his high school sweetheart, on July 29, 1953. Bob was stationed in London, England and Jean joined her new husband by way of the Queen Mary ship. They spend two wonderful years in England and fell in love with Europe. They would make many trips back to Europe throughout their lives.

After returning from his overseas Air Force posting, Bob finished getting his business degree from the University of Idaho in Moscow, Idaho. He was honorably discharged from the Air Force in 1956. Shortly thereafter, Bob and Jean had their first son, Marc Jones, in Moscow, Idaho. Bob went to work for the Idaho First National Bank (now U.S. Bank) in Marsing, Idaho and shortly thereafter, in Caldwell, Idaho. Bob’s father was also a banker in Wallace, so his career seemed predestined. Named after Bob’s father who died far too early from a stroke, they had their second child, Deac Jones, who was born in Nampa, Idaho just prior to the family getting settled in Caldwell. Bob and Jean loved the early years in Caldwell as they met their lifetime friends, Richard (Dick) and Nancy Symms, William and Patsy Lodge, and Harvey and Barbara Hoff. In due course, the Jones, Lodge, Symms and Hoff families would spend many holiday celebrations together and the close friends would travel the globe together.

Bob and Jean moved to Boise in 1965 purchasing a home in the Highlands near the elementary school. Bob had been promoted to a management position at Idaho First National Bank’s head office. Bob loved banking and the broad array of people he would meet. He loved helping people which led to many long term, close relationships. Bob would attend Pacific Coast Banking School in Seattle. He worked at US Bank as a banking officer and eventually in private banking prior to his retirement.

The family loved camping in the mountains but soon found a longer-term solution purchasing a mountain cabin above Lowman, Idaho. Fred and Joanne Thompson and family became neighbors on the beautiful cabin ridge above Clear Creek. Bob taught his boys to fly fish and enjoyed their time working on the water system and cutting wood. Friends and families were always joining them including John and Rosemary Shewmake and family who loved the mountain scenery and tranquil surroundings.

Bob and Jean become good friends with John and Dee Fery. Dee and Jean had met at a Halloween party at the “bomb shelter” across from Highlands school. The Fery’s owned a home in Sun Valley, Idaho and at the urging of John, in 1967, Bob and Jean purchased a home in Sun Valley where the family learned and loved to ski. Lift tickets were $9.00! John and Dee became part of the early Caldwell group joining them all in their overseas travels including a trip to Russia. The strong bonds that were formed in those early days carry on today although Bob was the last husband to pass. The men and women stayed very close throughout the years contributing to their full lives lived and wonderful shared memories. Our good friend, Caroline Tertleling, shared many of our most enjoyable experiences on a chance meeting when her lost dog wandered into our yard.

Throughout his life, Bob loved skiing, playing tennis and golf, and fly fishing. He had a keen wit and enjoyed friendly banter with his friends and colleagues. He couldn’t walk into a restaurant without initiating a little kidding with the hostess or server. It likely contributed to getting the best table in the house! Bob was gracious to friends and strangers alike.

Bob was a supportive father and husband. His boys played sports from their days at Highlands Elementary School through their days at Boise High School. Bob could be heard from the sideline encouraging his boys and their teammates. Jean volunteered at the Elk’s cancer center when the boys were in school. Jean’s steadfast care of Bob throughout his life including his last years with the onslaught of dementia was a shining example of love and devotion. May Bob rest in peace.

A celebration of Bob’s life will be held at a more timely date.