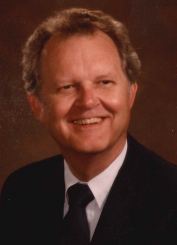 Robert “Bob” Reynolds (89) was born on September 22, 1931 and died July 25, 2021. From the age of two, he was a resident and admirer of Boise, Idaho. He grew up in the North End and enjoyed all the things a kid of his generation enjoyed – playing marbles, kick-the-can, and particularly baseball, where he got the nickname “Lefty.” It stuck with him. In fact, the children of Bob’s childhood friend, Jack Merrigan, always called him “Uncle Lefty.”

Bob was a natural business man from an early age. In junior high he tied all the dry flies for a local sporting goods store called McCalls for $0.15 per dozen, and he could tie up a dozen flies in about an hour. That was big money for a kid in those days.

In high school, Bob followed a family tradition and took up pool at a local bar called the Smokehouse (with parental blessing, no less!). Snooker was the game he liked to play and he was good at it. Bob always loved to gamble, and a pool hall was a perfect place for that vice. One can surmise that the money made from pool was greater than the money made from tying flies, for soon after McCall Sporting Goods went out of business – likely due to having no dry flies! He graduated from Boise High School in 1949.

After high school Bob attended the LDS Business College (his family were predominately LDS, but Bob was not) in Salt Lake City where he learned the basics of being a businessman.

In 1950, during the Korean War, he joined the Air Force for a tour. His reasoning for choosing the Air Force was because, with that branch, he figured he had the best chance of sleeping in a bed every night! He was correct and was assigned to various locations including Adak Island and Washington D.C., where his connections landed him a ticket to attended President Eisenhower’s inauguration and inaugural ball.

After the Air Force, Bob moved back to Boise where he fortuitously went duck hunting with his friend, Bill Foster. Bill’s wife, Mryt, joined them (her first, and very last duck hunt, BTW). Mryt had a couple of single friends and Bob asked her to set him up with a date. She said one was a blond and one a brunette and which one would Bob like to date? Bob chose the blond. However, it came to pass that the blond was unavailable, but the brunette from Meridian was. Bob being very disgruntled to have to drive “all the way to Meridian,” for a blind date, nevertheless agreed. That was a lucky date for sure, for he met his life-long mate, Dolores “Debbie.” Five months later they were married and were inseparable for 63 years! Bob and Debbie were an inspiration to all who met them. Their devotion toward each other was legendary. Together they touched and changed many lives over the years. In later years as Debbie declined, Bob stepped up with a display of devotion and care that was inspirational. He showed this same loving care for his sister, Norma, until her passing last year.

After marriage, Debbie worked putting Bob through college, first at Boise Jr. College (now BSU) and then at the University of Denver. He graduated with a degree in accounting in 1958. and got his CPA designation in 1961.

In 1959 their first child, Mark, was born. Bob and Debbie had four children – Mark, Linda, Julie and Brian. Brian is the only surviving child. Even through great lose and heartache, they remained steadfastly supportive of each other. Each of them was a formidable force, and together they were unstoppable.

In 1962 Bob opened up his own practice and had had his own CPA business until his retirement. He was well respected in the community and still referred to today.

After retirement, Bob focused on fishing and golf – and spending time with Debbie. They traveled extensively and visited all 50 state capitols. Bob again became an accomplished fly tier and fly rod maker. His grandson’s Max and Owen are catching fish on them today.

Over his life and in his work, Bob helped clients create numerous scholarship foundations. The foundations are perpetual and the funds continue to support and change lives for Idaho students. Some of the foundations are: Julie Reynolds Memorial Fund; Bruce Mitchell Foundation; and, Haugse-Cossey Foundation. His legacy lives on in so many lives. Bob was a special man who left the world a better place than the one he was born into.

Bob is survived by his son, Brian; and two grandsons, Max and Owen.

The family would like to thank the gracious, caring, and supportive staff at Willow Park (now Truewood), with a shout out to John, Bob’s special buddy there. They are the angles and heroes of our time. Too, the incredible caregivers with Keystone Hospice, and to Bowman Funeral Home for their kind care and attention.

Also, there is a link to a web page where you are invited to write down your memories or stories of Bob.