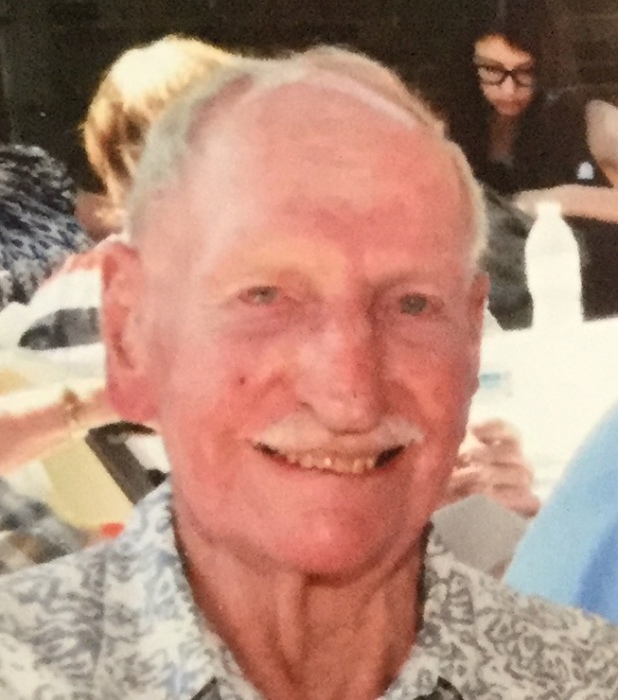 As a child he attended the Muldoon School Military Academy in Palo Alto until the school closed following the Depression.  He graduated from Palo Alto High School where he was a 3 sport varsity athlete and a student body officer.  He was subsequently offered an athletic scholarship to continue his education but instead, at the age of 18, he enlisted in the Army and qualified for pilot training during WWII.  He served three and a half years in the Army Air Corps and was subsequently commissioned a 2nd lieutenant in the US Air Force Reserves.

In 1948 he married Nancy Perry while both were students at San Jose State University where he graduated in 1949.  They lived in Palo Alto and raised a family of 3 sons and a daughter in the same home he was raised until 1981.

After a 30-year career in insurance, he and Nancy retired to Nevada City, California to start a new home and life in the Sierra foothills.  He was an active volunteer in the county, cutting wood for senior citizens, providing free repair and “fix it” service to the needy and elderly, and spent 10 years as a volunteer fire tower lookout for Cal Fire.

In 2009, he and Nancy moved to Boise to be close to their daughter Kate.  While he was able to drive, they explored southern Idaho and the central mountains.  Always they were impressed how kind and thoughtful Idahoans were.

He was preceded in death by his brother Lt. William C. Muldoon, who died as a WWII POW, and his wife of 67 years, Nancy.  He is survived by his sons Bill (Jan), Matt (Joanne) and Mike (Ronnie) Muldoon and daughter Kate Muldoon (Jane), 10 grandchildren and 4 great grandchildren.

That’s it and so long!

PS.  It’s OK to change any of this obituary – but make me look good. “

Dad was a man of many words, stories and examples of life well lived.  He enjoyed life in all things, always finding the best in any circumstance, or at least the humor in it.  His sense of humor sustained him until the end, and showed us that one of the best lessons in life is to learn to laugh at yourself, not others.  His stories were legendary, and if they grew in the retelling – all the better.  He gave us a lifetime of examples of kindness, generosity, commitment and service.  He was the simply the finest man we will ever know.

Our thanks to the wonderful and supportive staff of Willow Park Assisted Living and First Choice Hospice.  Your love and kindness to our parents was extraordinary.