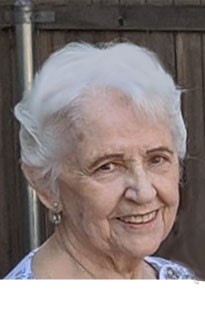 Following a brief illness due to a stroke Rita passed away peacefully at home on October 21, 2022.  She was born November 15, 1936, in Germantown Philadelphia, Pa. to Neil and Rita Harkins.  The second of four children, Rita was brought up in the Roman (Irish) Catholic tradition, she attended St. Bridget Catholic School and graduated in 1954 from Hallahan Catholic High School in downtown Philadelphia.  Hallahan was the first all-girls Roman Catholic high school in the country.  Rita thought her neighborhood was a “pretty neat place to live” and it was there she met James Glancey.  She worked for a year and a half after high school and married James in 1955, when she started her “real career.”  She learned how to manage a busy household raising five children and being a wife to a hardworking husband in Germantown Philadelphia.  In 1967 the family moved to Willingboro, a suburb of Philadelphia.  Willingboro was a new community with eighth of an acre lots and shopping malls, no more corner stores and cement playgrounds.  In 1971, at age 34, Rita took her first plane flight as the family relocated to Southern California.   They resided in Apple Valley and Costa Mesa until 1974 when the family moved “home” to Boise.

Rita was a loving and caring mother and would do anything for her family.  Rita loved her “career” and encouraged her children to do the things they loved.  She believed in education, loved learning new things, and was active in the community, unselfishly sharing her time.  Rita volunteered in the schools, the church, and the neighborhood association.  She was co-founder of Compassionate Friends, a support group for adults who have lost a child.   Rita was passionate in what she believed and wrote newspaper articles about it, was a leader in the 4H program, took numerous classes at the college level, and started working toward a Sociology degree.  In 1982 when she applied to the Idaho Housing Agency for a full-time position, she was chosen out of 80 candidates because of her persistence, drive, and love of knowledge.

Rita is preceded in death by her parents, husband James, sons Terry and Tim (Donna), and daughter Helene (Mike).  She is survived by her sons James (Tina) and Neil, her sisters Ave (William) and Helen (Tom) and her brother Neil as well as her grandchildren: Chris (Steph), David (Jyl), Nick Minor, Josh Minor, Hunter, Piper, and great-grandchildren: Sophie, Finn, Nora, and Henry.

A funeral Mass will be held at 11:00AM Wednesday November 9th at Sacred Heart Catholic Church.  You may share your special memories of Rita with her family at Bowman Funeral Home www.bowmanfuneral.com

A funeral mass will be held at Sacred Heart Catholic Church on November 9, 2022 at 11:00 AM.  A celebration of life luncheon will follow at the church hall.

Donations can be made in Rita’s name to Idaho Public TV or Jesse Tree in lieu of flowers.