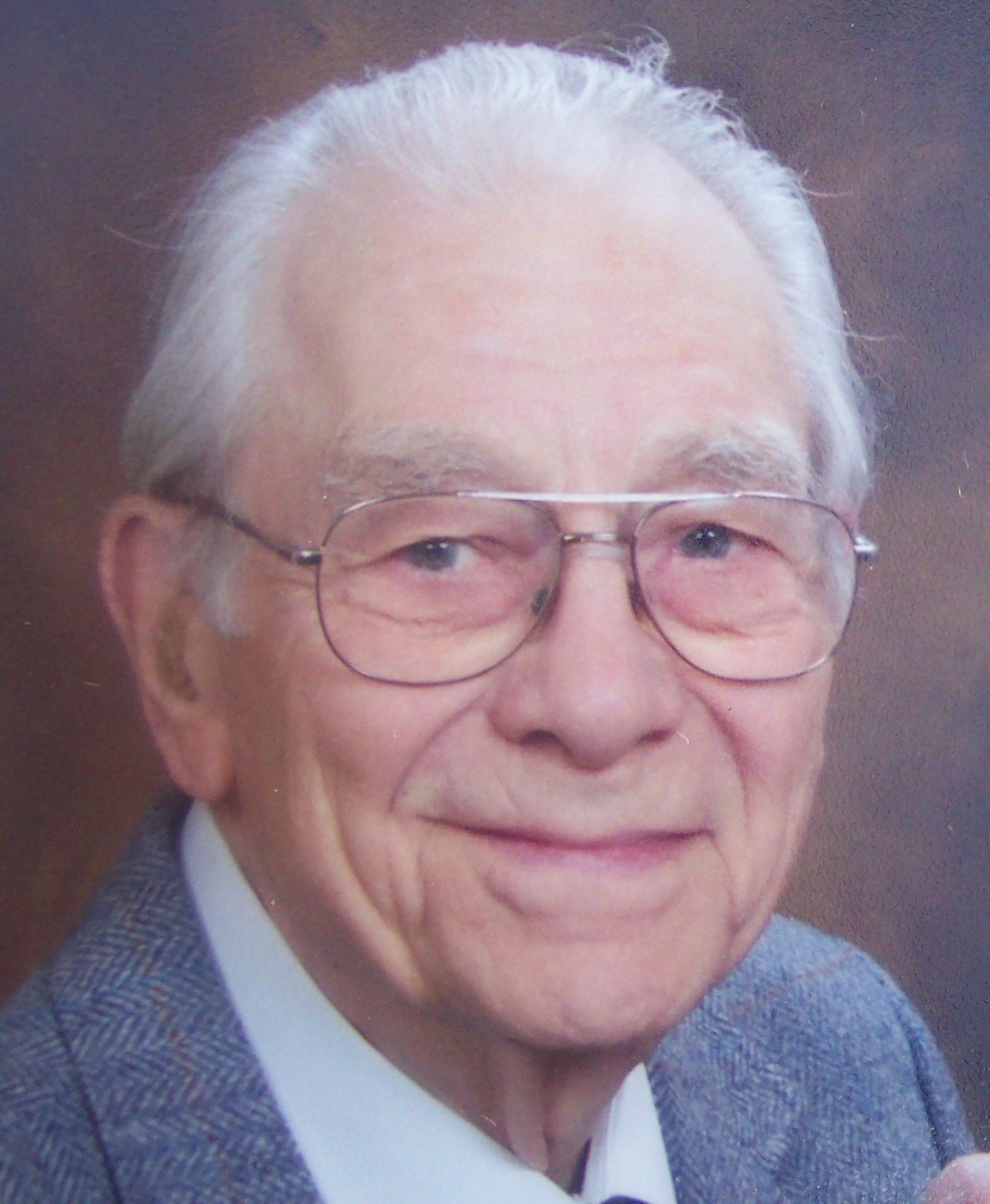 Richard W. (Dick) Egelston of Meridian, formerly of Boise, passed away on October 12th at his residence at Touchmark Meadow Lake Village. He was 97 years old.

Mr. Egelston was born December 2, 1922, in Reno, Nevada. His early education was in Nevada and Montana.  He graduated from Boise High School in 1939 and he worked his way through Boise Junior College (now Boise State University) and the University of Idaho as a broadcast radio technician, where he graduated with a degree in physics in 1946. He was registered as a Professional Engineer in Idaho in 1955.

He and Catherine Frances Long were married December 28, 1942 and they would have celebrated their 78th wedding anniversary this year.

Upon graduation from the U of I he taught algebra and physics at BJC for a short time before joining KGEM as its first Chief Engineer. In 1950 he started his own electronics service business in Boise. In 1957 the family moved to southern California and the aerospace industry where he was involved with aircraft and space vehicle electronic systems for 30 years.

Upon retirement he and Catherine returned to Boise.

He was a long time tournament pistol shooter and certified firearms instructor, and when in California he served for 20 years as a reserve officer in the Los Angeles County Sheriff’s Department, specializing in weapons training of the Reserves.

An amateur musician, he was a member of the El Korah Shrine band, the Caldwell Centennial Band, and the Dunkley “Milligan” Band.  He participated in many of the annual Tubachristmas’ and Northwest Tubafests.

He was a member of AF&AM #2, York Rite bodies, El Korah Shrine, The Amateur Radio Relay League, and was a life member of the National Rifle Association.

Mr. Egelston was preceded in death by his parents, Fred and Edith (Hunt) Egelston, He is survived by his wife Catherine, his three children: David (and his wife Roberta) of Oakmont, Pennsylvania, Eddie of Boise, and Cathy (and her husband Cheshire Mahoney) of Ashland,

Contributions in his memory can be made to the Shrine Hospitals for Children or your favorite charity.