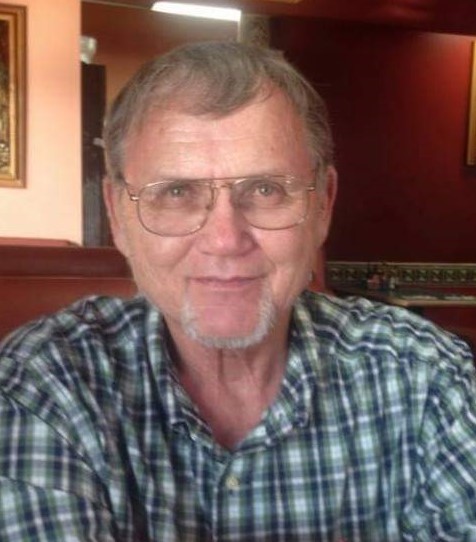 Richard L Bradshaw passed away at Luna House on Saturday, October 23, 2021, with his daughter by his side. A huge thank you to Journey’s Hospice and Luna House for all their help and caring during this difficult time.  Richard is survived by his children, grandchildren, great-granddaughter, sisters, bother-in-law, niece and nephews and their children as listed below:

Richard was born in John Day, Oregon on March 15, 1946, to Nathan and Daisy Bradshaw, the oldest of their three children. Richard spent most of his childhood in Seneca, Oregon prior to his family moving to Burns, Oregon where he graduated from Union High School in 1965. Richard then moved to Vale, Oregon and attended Treasure Valley Community College graduating in 1967. While attending TVCC Richard worked at the Malheur County Jail as a jailer. Remarkably, this would be where he met Carol Springer, his future bride, who was touring the facility. After a lengthy courtship, Richard and Carol were married November 30, 1968.  They welcomed their first child, Roxie, in August of 1969.

Early on in Richard’s life he felt led into full time ministry and so the family packed up and moved to Jamestown, North Dakota for Richard to attend Trinity Bible College where he graduated with his bachelor’s in theology in 1973. During this time their second child, Matthew, was born in November 1971.

Upon graduation Richard took a fulltime pastoral position at the Assembly of God church in Chamberlin South Dakota. In early 1976 Richard took a position in Blackfoot Idaho and it was here that they welcomed the birth of their twin boys, Daniel and Jeremiah in March of 1976.  Richard pastored several churches over the years until he moved the family to Ontario Oregon.

While living in Ontario Richard worked at American Fine Foods. It was at this time that he took a break from fulltime ministry to focus on his family. They lived there for three years becoming very involved in their church, Christian Life Fellowship.

In May of 1983 Carol was offered a position with Western Airlines and she and Richard felt it was best for the family to move to Boise Idaho. Richard commuted to American Fine Foods after the move but not for long. Within less than six months after moving to Boise, Richard was diagnosed with Hodgkin’s Disease, a debilitating form of cancer for that time. The next several years took a toll on Richard as he battled cancer. Afterward, he went back to college and graduated from BSU with a bachelor’s degree in Social Work.

While working as a Social Worker, Richard worked for the Idaho Youth Ranch and eventually found his way over to Tomorrow’s Hope where he found his permanent home. Richard loved all the people at Tomorrow’s Hope and loved what he did. He enjoyed all the lunch dates and the friendships he made. Even after retirement, he would talk about the friends he left there.

In Richard’s life, nothing was more important to him than his relationship with Jesus and his family. He was a strongly opinionated person, but a genuine pleasure to be around. In the last days of his life, every care giver stopped to tell his family what a joy he was. He was even nicknamed “the movie star” as the nurses said he was so handsome and such a flirt. He truly had a heart of gold. He will be missed by his family and so many more.