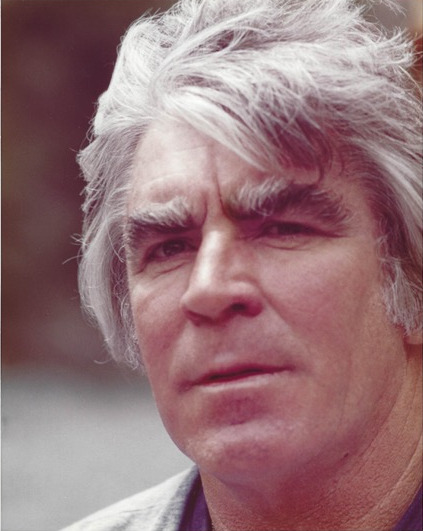 Richard Eugene Kopp passed away at age 91 on July 28, 2020.  He was born to Eugene and Lorena Kopp in Long Beach, California on April 27, 1929.  He was the eldest of three, having lost his baby sister, Shirley Ann at 18 months.  The early years were spent in Long Beach where Richard attended Jordan High School. played football and discovered his talent for mechanics and carpentry.  During the 2nd World War, he joined his father at Long Beach Oil Development while attending high school since there was a shortage of workers in the oil fields.  After the family moved to Idaho, he returned to California where he married his first wife, Dorothy Glassmeyer. and raised their three children.  In 1967, when his children were in their teens, they joined the rest of the family in Twin Falls.  There, he worked in construction, bartended, and eventually bought the Cove Lounge from his dad.  After Dorothy’s death in 1977, he occasionally worked for Idaho River Company as a boatman and fell in love with the Middle Fork of the Salmon River.

In 1979, on one of his training trips, he met his 2nd wife, Beatrice Newman, who was a guest on the river from Long Beach.  They married in 1980, lived in California for a short time and returned to Idaho where they remodeled a home in the Hagerman Valley on the Snake River.  They spent many summers at Williams Lake in Salmon, Idaho where they worked on a cabin that Richard had built out of a trailer he had hauled up the mountain.  They traveled in their motorhome quite a bit, skied in Sun Valley, and spent many winters at La Capilla in Baja California where Richard went out almost every day on his little fishing boat providing fish for friends and neighbors.  In 1988, they sold their home and moved into their motorhome full time along with their golden retriever, Contessa.  In the summers, they would travel and spend time in British Columbia where they camped at Telegraph Cove and fished for salmon.

In 1992, they left Baja for the last time and moved to McCall.  Richard set up a large carpentry shop, honed his woodworking skills and produced beautiful furniture. He was a master carpenter and could build almost anything from just a photograph.  In 1999, when they had enough with snowy winters, they built a home and large shop in Eagle.  Richard continued working in his shop almost every day but took time out to camp and hunt in Stanley with his friend Art Boeker along with his 2nd golden retriever, Shayna.

Richard is survived by his wife, Beatrice, and her three sons, Howard, PJ and Todd Newman, his children, Rick, Debbie and Cindy Kopp, and his sister, Janet Mink. He also left many grand children, great grandchildren and great great grandchildren, most living in the Twin Falls area.

He lost his younger brother, Bob Kopp, just last year.  He was known throughout the Twin Falls area for many years as Dick Kopp, the “no nonsense” bartender at the Cove Lounge,