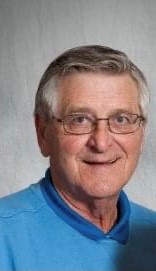 He served in the United States Army from 1962 to 1968.  Rich worked for the US Postal Service for over twenty years while he and his wife of fifty-eight years, Kathy, owned and operated an independent grocery store in Sprague, Washington.

Golf was his favorite hobby.  Even into his sixties, he would sometimes play thirty-six holes in a day.  Luck was certainly his friend on the golf course, blessing him with four holes-in-one.

Rich always loved children so much he could not pass by a toddler without trying to get a smile.

He had deep love for his grandchildren and great grandchildren and often expressed his desire to live to see all of them graduate from high school.  Though this was not to be, papa’s influence will always be with them.

The family has decided not to hold a funeral service at this time.

Any donations can be sent to Kuna Church of the Nazarene or your favorite charity.

The family would like to thank Signature Hospice for the wonderful care and support they provided.

The family has decided not to hold a funeral service at this time.