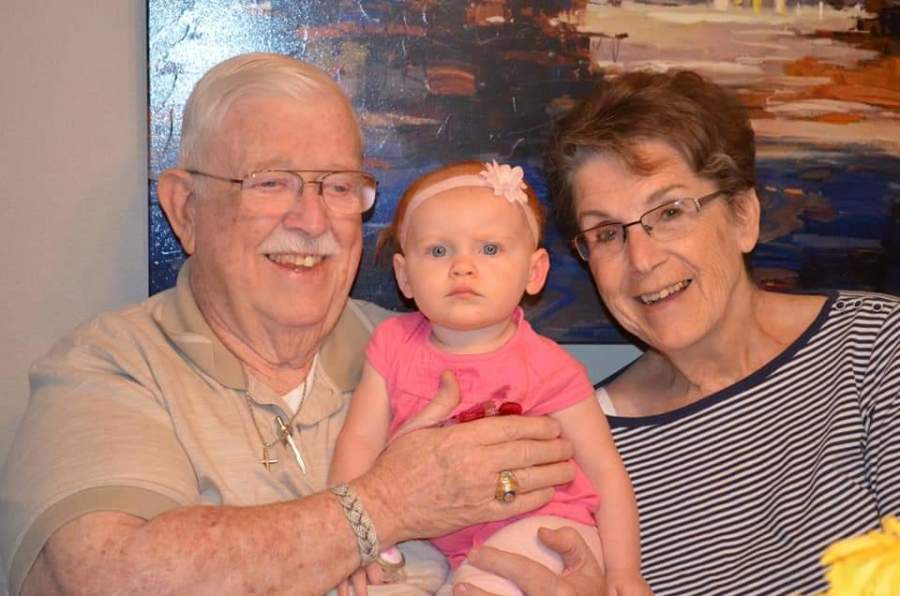 Dick was the Fourth Child of five children born to Frank and Lenora Gempler, Lyle, Robert, Carol, Richard, and Thomas.
He Passed from this Life on Sunday January 27th, 2019 from complications of a short battle with cancer.

At approximately the age of  9, Dick’s mother passed away from a surgical complication and Dick was sent to live with his Aunt and Uncle on His Mother’s Side, Aunt Theresa and Uncle Eddie Hansen for about a year. He then Lived with his Father’s Brother and His Wife, Uncle Alfred (Al) and Aunt Bertha (Bert) Gempeler (Old Spelling) and he was raised by them until he graduated from Tracy High School and enlisted in the U.S. Air Force.
Dick’s first permanent duty station was Castle AFB, California where would soon meet the love of his life, Barbara Gideon, at a Roller Skating Rink.. He was later quoted as saying when he first saw Barbara, “That’s The Girl I’m Gonna Marry!” and Marry he did! Dick and Barbara were married in August of 1956 and recently Celebrated their 62nd Wedding Anniversary. Together Dick and Barbara raised four children, Scott, Gregory (Greg), Elizabeth (Beth) and Jennifer (Jen). His Wife Barbara was raised in a very challenging family environment and said of Dick, it was the first time she knew that she was “Loved to her bones”.

Dick’s military service as an Aircraft Electrician in the US Air Force, took him and his family to many different bases ranging from Illinois and  California to North Dakota and Japan.  He had short deployments to many others.  After serving a two year tour in Vietnam, he returned to his family back in the US.  Ultimately, it was His service in Vietnam and it’s associated dangers that would take his life 46 years later.
After retiring from 20 years service in the US Air Force, Dick’s family relocated to Boise, Idaho in 1974 where His 3 Brother’s Lyle, Robert and Thomas and their Family’s Lived. Dick was also a Diesel Automotive Electrical Technician (Huskey Auto Electric) as well as an Entrepreneur that owned and operated Crystal Cubes Ice of Treasure Valley.

He was a Big Football Fan! He Loved the Minnesota Vikings and Boise State Broncos and would be Decked Out in His Favorite Team’s Shirts on Game Day!
When the Kids and Grandkids would arrive at his house for a visit…they would always just walk right in and say ‘Hello The Fort’ and He would Reply Back with “Hello The Fort”!!!’  😉

He Created the ‘Infamous’ Gempler Whistle that stopped Gempler Kids Young and Old in their Tracks…if they heard that whistle, they would come running home….or turned their heads on the street if he saw you and Whistled that LOUD yet Awesome Whistle…We Still Carry on that Tradition with Our Kids and Grandkids!

He was THE Best Cook!!! Everything He made was Delicious, but He is Quite Famous for a Tradition He started several years ago on Christmas Eve and that was to make his Homemade Clam Chowder in a HUGE Turkey Roaster…the Soup was Nick Named “Liquid Gold” because it was just THAT Good!!!

As Barbara’s health deteriorated in recent years, Dick continued to care for her needs, both emotionally as well as physically and sacrificed a great deal to be there for her, a sacrifice he willingly gave.
Dick…or ‘Papa’ as the Kids and Grandkids Called Him, was quite a Talented Artist and not only in the Kitchen!!! He enjoyed creating with oils on canvas as well as his many wonderful Kitchen Creations with a spatula.  Always quick with a dimpled smile and a kind word, this world has lost an excellent man who Loved His Family and Heaven has received a Good and Faithful Servant.

Dick was Preceded in Death by his Parents Frank and Lenora Gempler, His Uncle Eddie Hansen who helped raise him, His Uncle Al and Aunt Bert Gempeler who helped raise him. Two Beloved Brothers Lyle Gempler  and Robert (Bob) Gempler, His Brother In Law  Kenneth ‘Bud’ Gideon, His brother in law Robert “Bob” Milligan, His sister in Law Joann (Brown) Gempler, His Parents In Law Kenneth and Florence Gideon, Two of His Beloved Children, Scott Gempler and Elizabeth (Beth) Schmidt.

Dick Fought the Good Fight and Passed from this Life into the Arms of Jesus with His Family by His side…His Son Greg Holding One Hand and His Daughter Jennifer Holding His Other Hand.

Many Thanks To Dick’s Wonderful Care Giver’s, Nurses, Doctors and Staff at The Idaho State Veteran’s Home, who gave him the Best Care, Respect and Love!

A Special Thank You to Dick and Barbara’s Pastor Jason Wolin of Faith Community Bible Church for Officiating, but most importantly for praying with him and comforting him before he passed.

Family and Friends are Invited to Celebrate Dick’s Life.

There Will Be a Gathering with Light Refreshments with Family and Friends Immediately Following the Funeral at Foothills Christian Church 9655 W State St, Garden City, ID 83714 Near Bowman Funeral Home on State Street. We Hope You Will Join Us from 3:30pm~5:30pm and Bring a Favorite Memory of Dick with you.