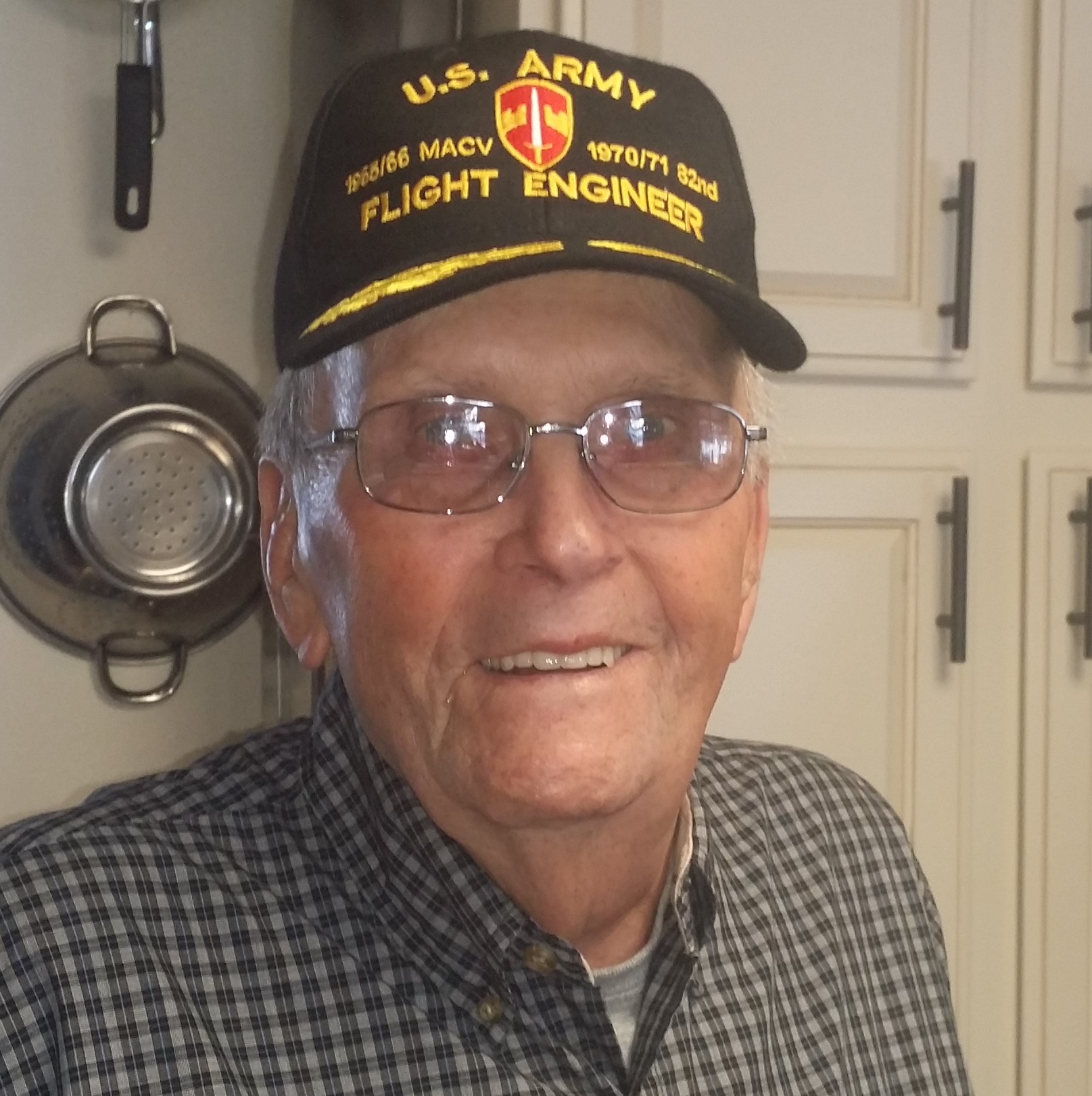 My dad was my hero . . . he was actually everyone’s hero. He risked his life in the Korean War and two separate yearlong tours in Vietnam. He was a devoted husband, a wonderful father, a fun grandpa, and a grateful great grandpa. Richard David Hill was born in Rosedale, Indiana on August 31st in 1935. His father was Joel Arthur Hill and his mother Opal pansy Tilley (deceased).

He grew up in St. Louis Missouri after his parents moved when we was very young. He told stories of jumping from roof top to roof top in St. Louis as a kid. When they moved to Popular Buff, Missouri his dad owned an auto mechanic paint shop. He learned a lot about cars from working with his dad in his paint shop. My dad loved old cars, but in original condition – don’t be chopping them or hot-rod-ing them up. Cars are a work of art and you shouldn’t mess with the artist.

He joined the air force at 17 in 1952. He served in the Korean War and was then stationed at mountain home air force base. He met my mom in Pine Idaho swimming in the hot springs. He asked her to go to the USO dance in mountain home. They fell in love and were married in 1955.

His daughter Candice K. Held was born in 1957 while they were stationed at Mountain home.

Richard Hill served in Vietnam the first time in 1964, I remember when he came back he was 50 lbs. lighter and was struggling with Malaria. It had been an entire year since he actually drove a car- I remember him being nervous about that.

We move several times after that, he was an air plane mechanic, a boat mechanic and also taught mechanics.

He volunteered to return to Vietnam in 1970, were was mechanic and load master in a caribou aircraft. They picked up wounded (both civilian and military troops) and delivered supplies to the troops. He has many pictures and stories of his times in Vietnam. My favorite was the Ice Cream story; they had been in Saigon for supplies and had “hijacked” a 5 gallon bucket of Vanilla ice cream they decided to put it in the cargo hold in the belly of the Aircraft. When they landed at their base they were greeted by a Caption on the airfield – the Caption asked what the white stuff running down the side of the aircraft was. He spent a few hours cleaning up that mess – and didn’t get any ice cream. Most of the other stories were not that tame.

He retired from the Army in 1975 and we all moved to Boise. That is when he started his career at the US post office. During those years he lived in Boise and also had some land and a house in Star, Idaho. In Star he took care of about 40 acres of pasture land, he bought a John Deer tractor to help him keep up with the land. He loved that tractor called him John.

He retired from the Post Office in 2000 and spent the next 14 years taking care of my Mother who was quite sick. He was a very devoted husband.

He passed peacefully April 16th 2020 in his own home with his children and dog Sissy by his side.