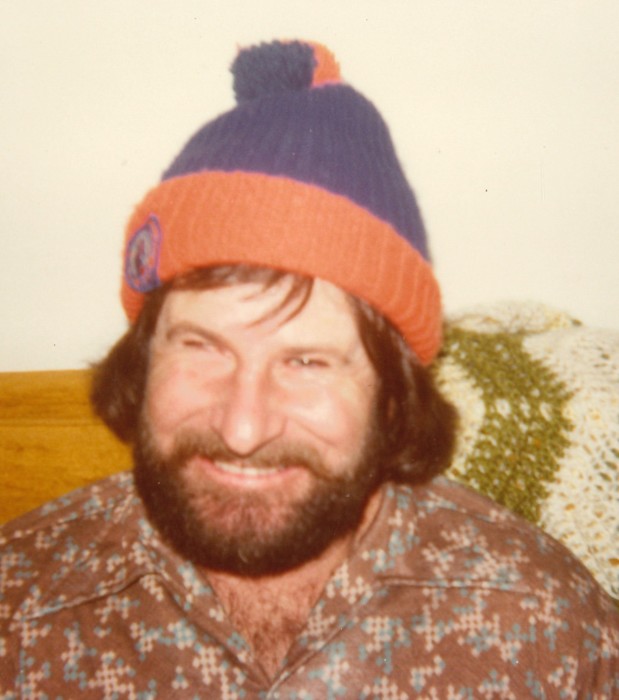 Richard C. Price, Also known as, “Bricker Dog”.  He was nicknamed as such by many of his friends, because Richard’s livelihood was as a specialty mason.  He and his brother, Greeley, locally owned and operated Price Masonry and were artistic creators of fireplace arch designs.

On Sunday, January 6, 2019, after a battle with cancer, Richard – “Bricker Dog” became one of the first stones laid to rest as he was called to enter the brilliant archway design over the gates of Heaven.

Although born on January 23, 1947, in York, Nebraska to Charles and Merna Price (Collingham), he spent most of his life living in the Boise area, as his family moved here in 1952.

Richard was a generous young man, who often helped his parents support the family, during tough times.  He lived an active lifestyle in his youth and was an absolute AVID sports fan of every kind but particularly… Nascar & Boise State Football!!  He loved track and field and even placed a POLE VAULTING Record at Borah High School.

Richard married twice, having a son & daughter with his first marriage to Maralee Johnson. He found the love of his life with his 2nd marriage to Rosalie Wilson.  The two of them always being routinely active with family & friends; Playing pinochle with the parents, hosting Christmas & Superbowl parties; attending every BSU football game; gathering together for camping, motorcycle riding, beer volleyball, and boating.  Richard always wanted to pilot the boat-enabling all of us water skiers to have a phenomenal time.

In addition to being an extreme sports fan, Richard was also a reading enthusiast and comic book collector. In fact, one could often find Richard reading, while listening to the sports channel of the day.  His favorite novelist was Stephen King, and he relished in his weekly comic book editions of Conan, Spider Man, The Hulk, Jonah Hex – just to name a few.

Richard was also musically inclined-to those who heard him sing, he could really carry a note.  He would often listen to The Steve Miller Band and Boston over and over again.  But, his all-time favorite band was The Beatles treasuring songs such as Norwegian Wood and Love Love Me Do.  In his later years, Richard grew to be a man of solitude, who enjoyed being in just a T-shirt and his God- given “skivvy’s”.

He was known as the crossword genius and BINGO guru to all who knew him at Hillcrest. Richard was a strong man – who had a common saying, “no strain, no pain, no gain” – He proved to be a protector of the weak. . .and will forever be remembered and loved.

Richard Price was preceded in death by his older sister, Sandra Price (who passed as young girl) and his parents, Charles & Merna Price (Collingham).