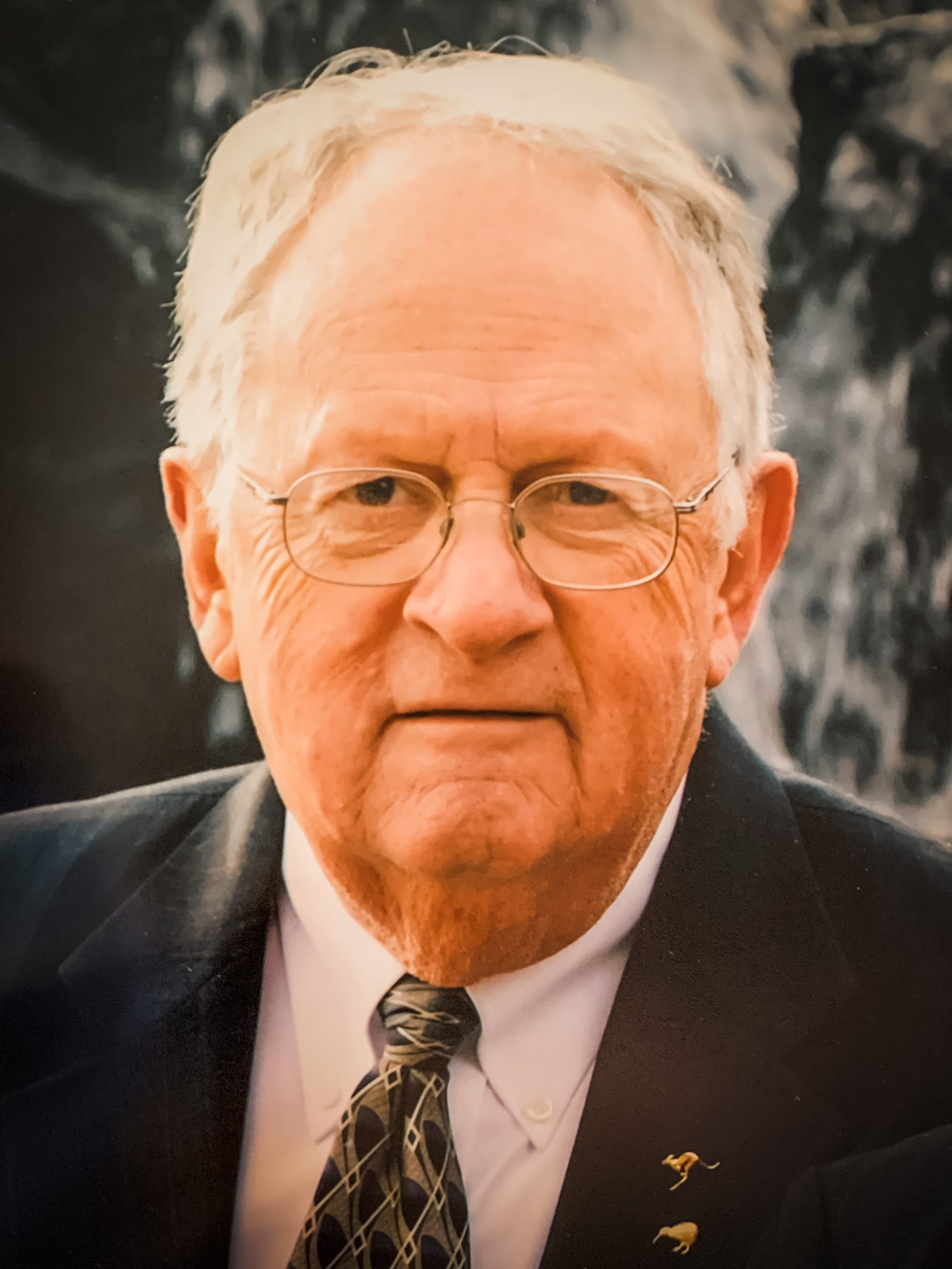 In the early morning of January 10th, 2020 and surrounded by those who loved him, Reed began his peaceful journey out of mortal existence and rejoined his son, Brad, in the eternities. Although Reed leaves behind his beloved wife of 53 years, children, and many grandchildren, each is comforted by the fact that he peacefully left his failing body and has been reunited with many family members.

Reed W. Teuscher was born on December 18, 1941 in Montpelier, Idaho to Willard and Marie Teuscher. He was the 4th and youngest child born to the family. Reed grew up in Boise with his siblings and enjoyed all of the benefits of being a child raised on a farm; cold nights sleeping on an outdoor porch, the care and compassion of raising animals, how to sheer sheep and the absolute value of hard work.

Reed attended Meridian High School and then Boise State College (now Boise State University), graduating with a Bachelors of Business Administration. He had a prolific 38-year career working for Sears Roebuck & Co. Everyone knew “Reed at Sears”. He was an honest and friendly coworker and made an impact on every person he managed, worked with or sold an appliance to; each customer was a newly made friend. Each person (customer, neighbor or stranger) who encountered Reed walked away feeling a deeper sense of self and a genuine love from this man.

Through a mutual friend, Reed met (and wooed) the woman who would become the love of his life. Reed and Judy were married for the eternities in the Idaho Falls Temple in August 1966. Together they began their journey in Boise, Idaho. Reed and Judy had 6 children from 1969-1979: Mark, Brad, Amy, Sally, Scott and Lindy. Probably the greatest testimony of his life is the honor and esteem with which his children regard for him; all others are measured by his shadow. Our Dad always made it a priority to let each of us know how proud he was of us and the decisions/accomplishments we have achieved.

Reed (Reed’o) lived a life of exemplary service. Never was a decision made that another’s thoughts weren’t first taken into consideration. He has given decades of loving service in his community and in the Church of Jesus Christ of Latter-day Saints, beginning by serving a mission in Chicago, Illinois, from 1960-1962. He continued his service in varying youth organizations, as a local bishop, and in many stake callings. Reed was known in his ward for sending “Thank-You-Grams” to congregation members who spoke in church meetings. He also gave a polished rock to each departing missionary to keep with them, reminding them that “only through adversity and trial does a rock become polished; such as each life lived.” He gave hundreds of hours serving the NCAA Track and Field, State of Idaho High School Track and Field and other local sports organizations. He loved following high school athletes, as if they were his own children/grandchildren, through their high school and collegiate careers.

More recently, one of his fondest accomplishments was the LDS mission he and his beautiful wife served in the Sydney Australia Mission (2005-2006). It was through his love and example that those around him learned to serve without guile. Reed was passionate about genealogy and years of collecting stamps and coins. He shared his passions with his grandchildren, giving each of them a commemorative coin collection. In the last 2 years of his life, his loving wife (our amazing mother) was able to return the many years of his service for others by caring for him in a way that no other could. Our mom has been dedicated to keeping him home and surrounded by those who love him while his health failed him.

Reed was preceded in death by his parents, Willard and Marie Teuscher, his brother Ross and his son Brad. He is survived by his wife Judy, his 5 children: Mark (Tasha) Teuscher, Mary (Jeremy) Aldrich, Amy (John) Paul, Sally (Cody) Larsen, Scott (Michelle) Teuscher and Lindy (Scott) Osborn. His 17 grandchildren will each fondly remember their Grandpa because of his excellent coloring skills, smooth rocks, the many walks to the lean-to built along the Boise River, and his signature “finger wave” at the end of the driveway. He made each grandchild feel as if they were the only one. His 17 grandchildren are Spencer (Amy) Teuscher, Megan (Steven) Atkinson, John Teuscher, Madison Teuscher, Bekah (Tyson) Legg, Sydney (Nick) Johnson, Leah Teuscher, Hallie (Joe) Bench, Olivia Larsen, Savana Paul, Aubrey Teuscher, Cody Osborn, Jake Teuscher, Paige Larsen, Kylee Cooper, Garrett Teuscher, Jennie Teuscher, Zach Osborn, Geneva Atkinson (great-grand) and Brad Teuscher (great-grand). He is also survived by his two sisters, Carol Rodemack and Shirley Rodemack as well as many nieces and nephews.