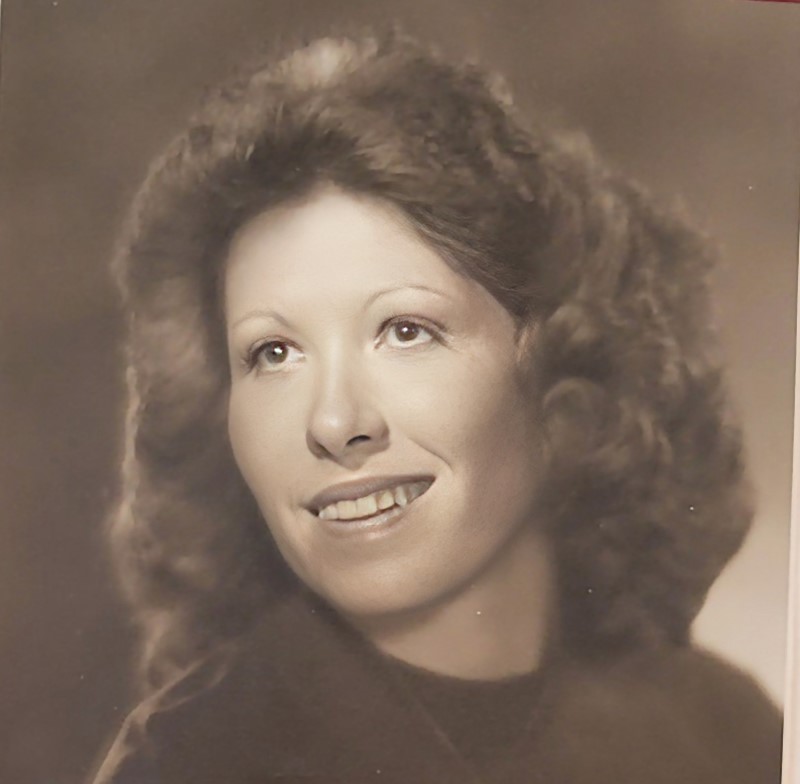 When Death one day comes for me, I shall go with a smile on my face, a hallelujah on my lips, and no fear in my heart as my God will be coming for me and where I will be going no more troubles will I ever see.  Amen!

She lived her young life in Emmett and Kuna, then moved to Boise where she attended Whitney Elementary School, South Jr. High and was in the flag corps at Borah High School where she graduated in 1978.  She made good lifelong friends all along the way.  She absolutely loved her 1975 Datsun 280Z.

She worked at Kings Table, Hillcrest Country Club and Micron.  She met her biological mother Thorma Barrette many years ago as well as some of her biological siblings and stayed in contact with them.

Being a mother to her two sons Josh and Logan was the best part of her life and Rebecca loved them with all of her heart. Rebecca was greatly blessed in her life to have the constant and unconditional love of her mother Iva Lou who helped her in many ways. After the death of her angel mother, Rebecca’s sister Stephanie who had always been there for her, stepped in to assume the role of caring for her and helping her with her life in many ways. Rebecca’s family is so grateful to these two amazing women who gave so much of themselves to help Rebecca.

Her life was not easy but she always tried to share messages of hope and humor on social media including this quote that she shared just days before she passed away, “When death one day comes for me, I shall go with a smile on my face, a Hallelujah on my lips and no fear in my heart as my God will be coming for me and where I will be going no more troubles will I ever see.” We are comforted to know that she is truly in a place where her troubles are behind her.

She is preceded in death by her beloved mother Iva Lou Rogers, her step-father Harold Rogers, her sister Sherry Holgate and father Kenny Smith. She is survived by her sisters Stephanie (Joe), Peggy (Wayne), Tracey (Paul), her brothers Randy (Martha), David (Janet) and Kevin (Mellissa), her partner Glenn and her 2 sons Joshua Robert Smith (Elizabeth) and Logan Glenn Smith.

There will be a graveside service on June 21 at 11:00 at Dry Creek Cemetery.

There will be a graveside service and grave dedication on Tuesday, June 21st at 11am at Dry Creek Cemetery, 9600 Hill Rd, Boise.