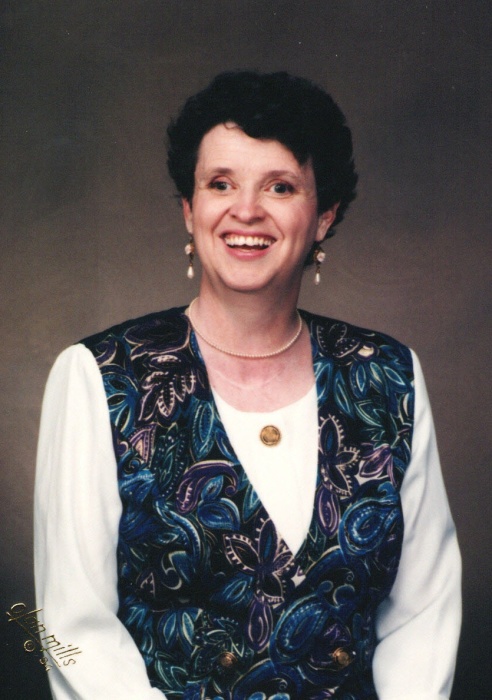 Rebecca Yvonne Kincaid McKinley Sherman was taken unexpectedly on May 31th, 2019 at St. Luke’s Hospital in Meridian Idaho. Becky was born on February 24, 1952 in Coleman, Tx to Neda and J.J. (Jaker) Kincaid. She attended the Texas School for the Blind and then Idaho State Deaf and Blind School in Gooding, Idaho. This is where she met Gary McKinley, who she married in 1972 and had James and Debby. After their Divorce in 1984, she raised James and Debby on her own, not letting her Blindness get in the way. She continued to manage the Cafeteria in the Boise Federal Building, when she started taking some college courses to further her education. She went on to be the Supervisor of the Business Enterprise Program (BEP) at the Idaho Commission for the Blind. All while continuing her education though Boise State University, finally graduating from George Fox University with a Master’s in Management and Organizational Leadership. Later moving to Seattle to work for the Washington state blind commission before moving back to be closer to her kids and grandkids.

In 1993 she met and married Barry Gene Sherman and gained 2 sons, Frank and Barry Jr in 1994. That Love lasted until the Lord called her home. In 1997, she was blessed with her first Grandchild Jacob, followed by Kaylene, Michaela, Jordan, Tori, Kaitlyn, Jaykob, Robert, Lorili and finally Addilyn in 2018. Then in 2019 a great grandchild, Giana. Becky was such a loving daughter, wife, mother and grandmother. She always made sure that she would make it to a baseball game or music concert. She was the one in the audience singing or humming to either “Take me out to the Ball Game” or any classical music the kids where playing.

Becky was always pushing herself to strive. She always pushed to prove to the world that being blind was not a handicap. To Becky blindness was and is never a Handicap. When James and Debby were little and got new bikes, they said she couldn’t ride a bike by herself. Guess what, hopped on Debby’s bike and rode it around the block. She even participated in the “Blind Alley Rally” put on by racers at Meridian Speedway. She always said that she wanted to drive, she did, and we were right there cheering her on. She learned to water ski and roller skate. If someone told Becky she couldn’t do something, she made sure she did to prove them wrong.

Becky touched everyone she met. She seemed to make it a point to know or learn what people spoke to her about so she could talk with them. She was amazing in math and reading. Reading to her kids and grandkids brought joy and a smile to her face. Someone said the other day that she was always a “Ray of Sunshine”.

Becky is preceded in death by her mother, Avos O’Neda Kincaid, 3 brothers, Rich, Jesse and Raymond Kincaid and a number of Aunts and Uncles. Becky is survived by her father, J.J. (Jaker) Kincaid: husband, Barry Sherman Sr: Son and Daughter-in-law, James and Megan McKinley and their daughter Addilyn Grace: Daughter and Son-in-law, Debby and Matt Coburn and their son and daughter, Jacob and Kaitlyn: stepson and daughter-in-law, Frank and April Sherman and their sons and daughters and grandchild, Kaylene, Tori, Jordan, Jaykob, Robert, Lorili and Giana: stepson, Barry Sherman JR and his daughter, Michaela: As well as a number of Aunts and Uncles.

She will be remembered for always having a smile on her face.

In leu of flowers, the family is asking for donations to The BELL Academy (Braille Enrichment for Literacy and Learning) for the National Federation for the Blind. The is a program Becky was a very big part of and believed in whole heartedly. Donations can be made at any Idaho Central Credit Union to the memorial account “BELL Academy in Memory of Becky Sherman”. You can also mail in a check made payable to BELL Academy in Memory of Becky Sherman to ICCU, P.O.Box 2469, Pocatello, ID 83206, Please note on the memo line “Memorial Account”. Checks will be accepted through August 15, 2019.