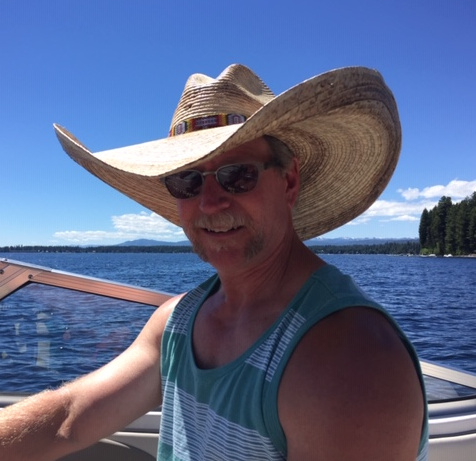 Randy Alan Moss, 55, died June 5, 2020 at his home in Boise, Idaho. Randy was born March 23, 1965 in Ontario, Oregon to Denzel and Janell Kaiser Moss. He was raised in Boise along with his sister Sheri Moss Harrison, who he was always extremely close with.

Randy excelled as an athlete in track, basketball, and football and was named the All Around Athlete at East Jr. High. He was on the only boy’s basketball team at East Jr. High to be undefeated for 3 years in a row. While attending Boise High School, Randy worked at the YMCA. He was able to fly falcons with Morley Nelson during his wildlife class. Randy graduated from Boise High in 1984 and attended Boise State University where he served as a resident counselor at the Hays Shelter Home for troubled youth.

Randy spent 12 years in the Idaho Air National Guard, achieving the rank of TSgt. In 1988 he was named the Air Guard Outstanding Combat Arms Training and Maintenance Specialist. He was named the Outstanding Guardsman of the Year in 1990. Randy was a member of the Weapons Systems Security Flight Wing and a Fireman with the Idaho Guard Fire Department.

In 1993 Randy was hired by the Whitney Fire Department which consolidated with the Boise Fire Department in 2000. He was extremely proud of being a firefighter and developed close and lasting friendships with the people he worked with. He retired in 2019 after 26 years of outstanding service.

Randy met his wife of 23 years, Karen Scheffer Moss, in 3rd grade at Garfield Elementary. They were classmates and friends throughout high school and were married in 1997 in McCall, Idaho which would continue to be a special place for their entire family.

Randy was happiest when he was outside and enjoyed hunting, fishing, backpacking, motorcycle riding, visiting National Parks with his family, and aimlessly wandering in his Jeep through the many backroads of Idaho. He enjoyed taking motorcycle, backpacking, and rafting trips with his son, Wyatt, every summer. He was a skilled builder and a secret poet. While friends and family were enjoying Payette Lake in the summer, Randy was typically building something for the family cabin.

Randy and Karen spent as much time as possible in McCall walking their dogs, boating on the lake, and just relaxing on the back porch with family and friends. He was passionate and loyal to those he loved and was always willing to help whenever needed with construction assistance, patient advice, and a ready hand.

Randy will be loved and remembered by so many particularly his wife Karen Scheffer Moss, son Wyatt Moss, and his fur babies Huckleberry and Olive. He is survived by his parents, sister, extended family, and countless friends.