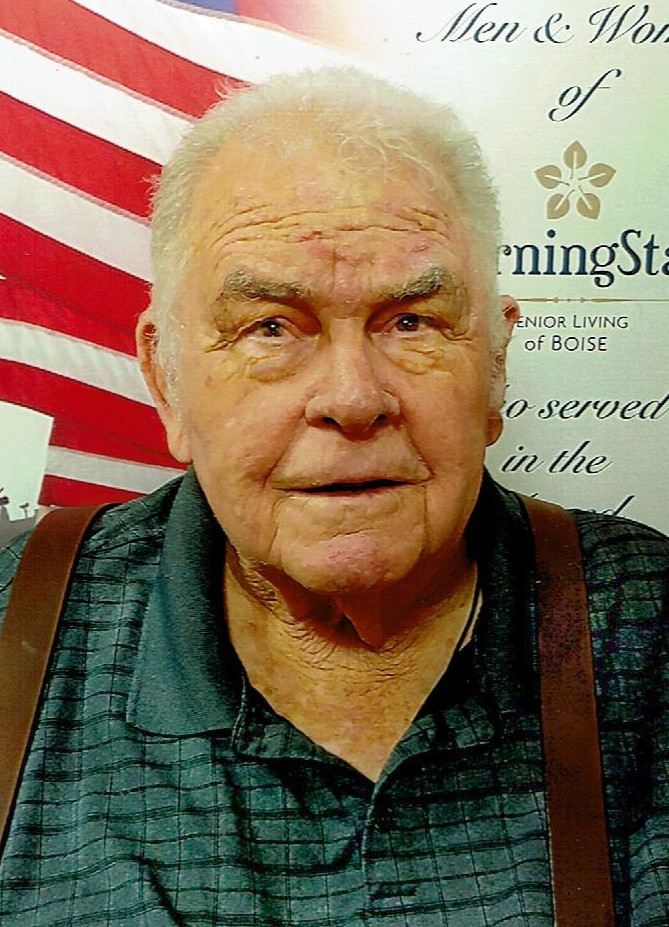 Ralph M. David was born in 1933 at Roberts, Idaho and passed September 7, in Boise, Idaho at age 89. He was a farmer at heart and loved all his animals from the pot belly pigs and goats to his Chihuahua, Tyson. In his gentle yet firm way, he trained his horse to lay down with a sugar cube, his dog Casey to play the piano and his dog Duke won top prizes in obedience.

Ralph served in the U.S. Army from 1953 to 1955 making Corporal as he was stationed in Frankfort, Germany. After the military, he started working at the Atomic Energy Commission as a mailman and progressed into a Quality Assurance Inspector. In 1961, Ralph trained the military to disassemble the nuclear reactor after the meltdown. Years later, his family watched Ralph in the training videos highlighted on the History channel.

Ralph married his sweetheart Anita Lange in 1956 and raised their three children in Idaho Falls. As a family they enjoyed camping, fishing, hunting and spending time in their cabin at Palisades, Idaho.

He is preceded in death by his wife, Anita; his father, mother, eight siblings and a granddaughter. Survived by sons Doug (Shelly) and Mark (Sandi) and daughter Vicki (Bob Stroud), five grandchildren, and three great-grandchildren.

A graveside ceremony with Honor Guard is planned at the New Sweden Cemetery for October 1, 11:00 am, followed by a Celebration of Life at 1:00 pm, Hilton Garden Inn in Idaho Falls.

A graveside ceremony with Honor Guard is planned at the New Sweden Cemetery for October 1, 11:00 am, followed by a Celebration of Life at 1:00 pm, Hilton Garden Inn in Idaho Falls.