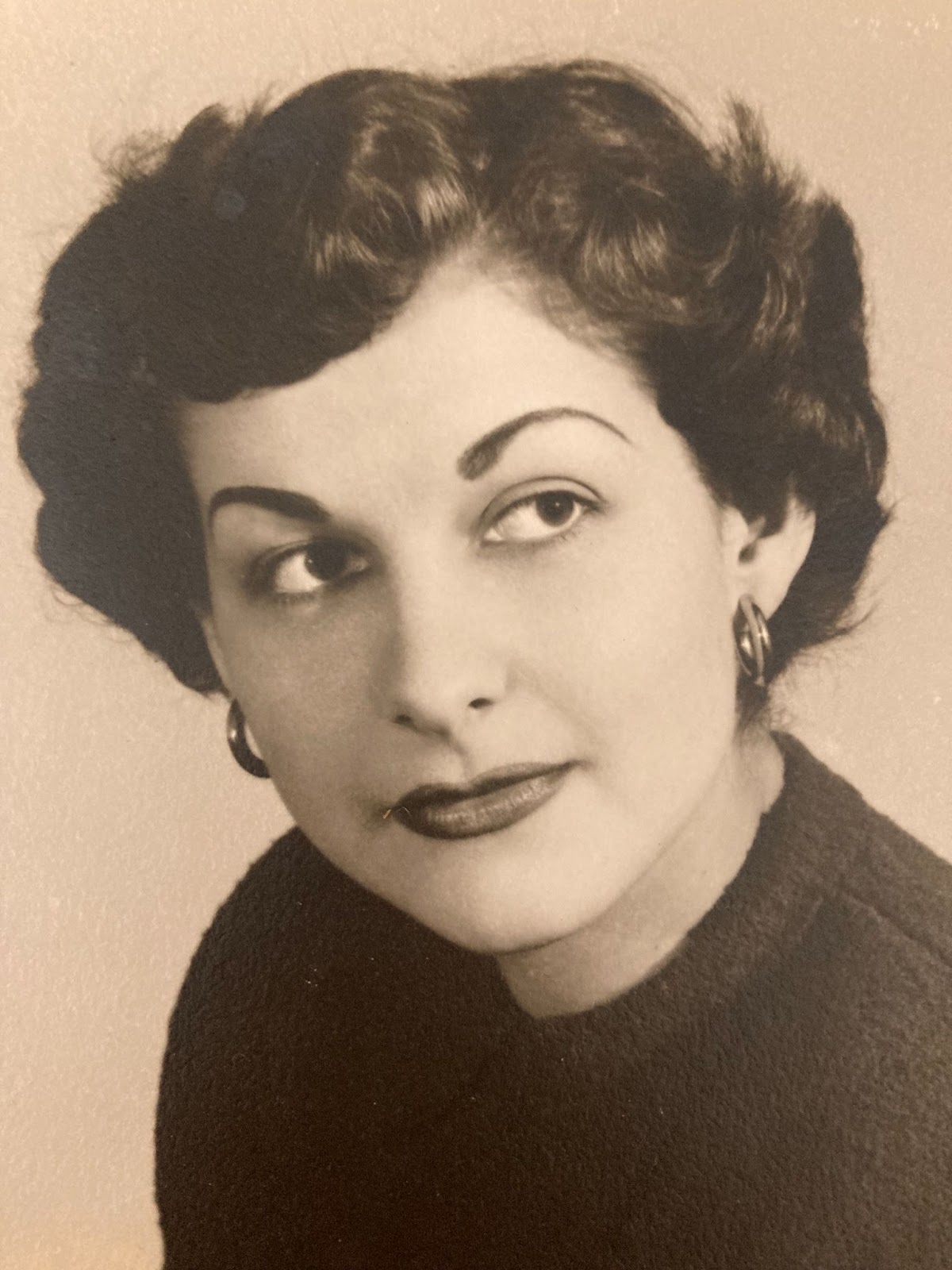 “I’m waiting, my Charmaine, for you.”  So the Sinatra song says, and so it must have been for our dad, who’d gone on before.  He’s been waiting for his Charmaine.

Phyllis Charmaine Tanner passed away gently and peacefully August 4, 2021.  Only a week earlier she had told her daughter that she was not afraid and was looking forward to seeing “Baumpa,” her husband of sixty years, whose name to those not in the know was Tom.  Charmaine was a devoted mother to Jacqueline, Debra, and twins Kimberley and Bruce, their son who died in 2015.  She gave of herself unconditionally, especially to her grandkids:  Mark, Laurel, Dante, Chiara, Dylan, Andra, William and Patrick.  There was no request she wouldn’t fulfill, gladly.  Her generosity extended beyond her family, as she warmly welcomed any transplant, any recently-relocated, any couch-surfing friend of a friend, any refugee.  They were all kin, and deserved a good meal. Food and holiday traditions were important to Charmaine, and she was especially proud that Kim is a caterer and Bruce made his living as a cook.  She delighted that some of her grandchildren still prepare “bierock,” “rivvle soup” from turkey bones, and minestrone soup for Christmas Eve.

Charmaine had a beautiful voice, and played the piano lovingly–all the show tunes from shows she’d seen at the Music Circus, Sacramento’s musical theater venue that she made sure the family attended no matter how tight the budget.

Charmaine was born in 1928 to Olivia and William Pope in Stockton, California.  She was the oldest of four children:  Barbara Gibson, Bill Pope, and George Pope (now deceased).  Her father died when she was a teenager, and she helped support the family by making salads at an Italian restaurant.  Salads were on the dinner table just about every night in the Tanner household.

Charmaine met Tom on a blind date in 1952 and they were married six weeks later.  Tom adopted Jacqueline (Jackie), her daughter from a previous marriage and they eventually made their home in the Sacramento area where Charmaine was a devoted wife to her loyal husband.  Every evening she could expect to see him at 6 o’clock and, like clockwork, she’d put on lipstick each night to greet him.  These little gestures symbolize the stability and order they provided their children and grandchildren, let alone a model for enduring love.

When daughter, Debra, and her family moved to Boise in 1990, Charmaine and Tom followed them to retire nearby in Nampa, where they were good neighbors and active members of the American Legion and its auxiliary.  And though they lived miles away from their other two daughters’ families, they delighted in visits.  Charmaine and Tom particularly appreciated the devotion of their son-in-law, Robert Stetson, Jackie’s husband, who in every visit would do some home repair or remodeling task.

After her husband and then her son passed away, Charmaine moved into an independent living apartment and she distributed her purses, fashions, costume jewelry, furniture, dishes, Christmas ornaments and knick-knacks among her daughters and her grandchildren–whether they wanted them or not!  Charmaine had been a clothing designer’s fit model in San Francisco for a time, commuting with Tom to “Frisco” in her red sports car. She loved clothes and dressing the part of a career woman when she served as Office Manager of the Rocklin, CA, Chamber of Commerce.  She loved that job, in no small part because she got to know so many San Francisco 49ers when they held their summer camps in Rocklin during their heyday in the 1980s.

The family would like to thank the caring staff at Grace Independent Living, Emerson House Memory Care, and All Care Hospice, whose nurse, Tara, social worker, Nicole, and aide, Elizabeth were special help to Debra and her life partner Clay, in their caretaker role.  We are also grateful to Khristina of C.A.R.E. who provided respite care while Charmaine lived with her daughter and Clay during the long Covid winter.

A celebration of her life will be held at a later date when the family can safely gather together.

Charmaine loved dining out, and she appreciated the chefs and cooks in the kitchen.  Having prepared three meals a day for over fifty years, she knew that cooking can be an expression of love.  So if you’d like to honor her memory, the next time you are out for a meal in a restaurant, send a tip back to the kitchen for the staff.  Please know that she was always a generous tipper.