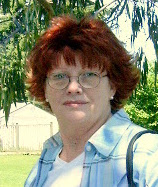 Margaret “Peggy” Cardinale passed away on October 7, 2020. She died at home, in her sleep of natural causes.

Peggy was born in Yuma, Arizona and lived there for much of her childhood with a large extended family before moving to Southern California.  She had many roles, daughter, big sister, wife, mother, and later cosmetologist and model. In 1972, she moved to Middleton, Idaho where she and Raymond bought some property in the country.  During that time, she continued her work as a homemaker.  She raised her family and took care of the livestock and small acreage. Peggy stayed in Middleton until she moved to Boise 1980, but prior to that she decided to obtain her Idaho cosmetology license and work in the (then) family beauty salon “Cardinale and Associates”.  She managed the salon for many years, then worked as a hairstylist.  She worked in the beauty industry for many more years and loved it. A health scare in the late ’80’s necessitated a change in her line of work.  She went on to work with success in furniture and design, the hospitality and travel industries, and real estate.

Peggy was a multi-talented woman with an eye for style and trends.  She loved art and music and traveled often to events and galleries. Unfortunately, the onset of dementia forced her early retirement in 2009, but she continued to do the things she loved with family and friends.

In July 2020 it became necessary to move Peggy to Kuna Idaho to be close to her daughter. She passed shortly after that.  Peggy is preceded in death by her father Theodore Purpura and her mother Mildred Purpura.  She is survived by her dear sister Patty Sankey, son Frank Cardinale, daughter Trish Massie (Jeff Massie), her friend Raymond Cardinale, grandchildren Nicholas Coe (Shannon Murphy), Jacob Coe (Lisa Hansen), Taylor Coe (Laurel Millard), Logan, Lane and Lillian Massie, her niece Margaret Sankey, nephew Richard Sankey (Amanda), and her great grandchildren Lola, Vivie, Avery and Zion.  She will be sorely missed.

An indoor/outdoor Celebration of Life for friends and family will be held at her daughter Patty’s house in the meadow, October 17th from 11am – 1:30pm.  Address 709 N. School Ave, Kuna, Idaho.

An indoor/outdoor Celebration of Life for friends and family will be held at her daughter Patty's house in the meadow, October 17th from 11am - 1:30pm.  Address 709 N. School Ave, Kuna, Idaho.