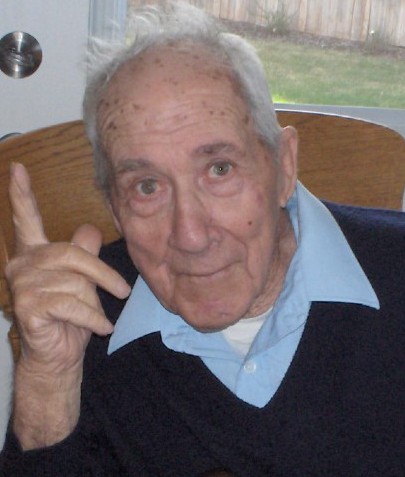 After spending an evening of laughter and love with family, Pete passed away early Christmas morning 2019. Born May 04, 1925 on the 2nd floor of a Basque boarding house, parents Hilario and Petra (Baqueriza) Echanove raised Pete in the Dry Creek valley just north of Boise.

Due to a disability his father suffered when Pete was 16, he assumed the primary duties of the ranch until he retired around the turn of the 21st century. As a farmer, Pete grew some of the most sought out alfalfa in the area and was respected for his ability to predict the weather. He was blessed to live on the same land for 92 years. On January 22, 1955, Pete married sweetheart Betty Firebaugh of Glenns Ferry, at St Mary’s Church. Together they raised seven children where they instilled a hard work ethic, self-reliance, love of the outdoors, community, humor, and most importantly, love of family. Pete enjoyed nothing more than spending a week with his family camping at Warm Lake with a wax sack in hand, no other pasture was greener than what he had.

Special thanks to the wonderful team at The Bridge at Valley View Boise.

In lieu of flowers, please consider donations to The Dry Creek Historical Society (http://drycreekhistory.org/About_Us.html) or the Idaho Youth Ranch. A celebration of life will follow later in the afternoon.