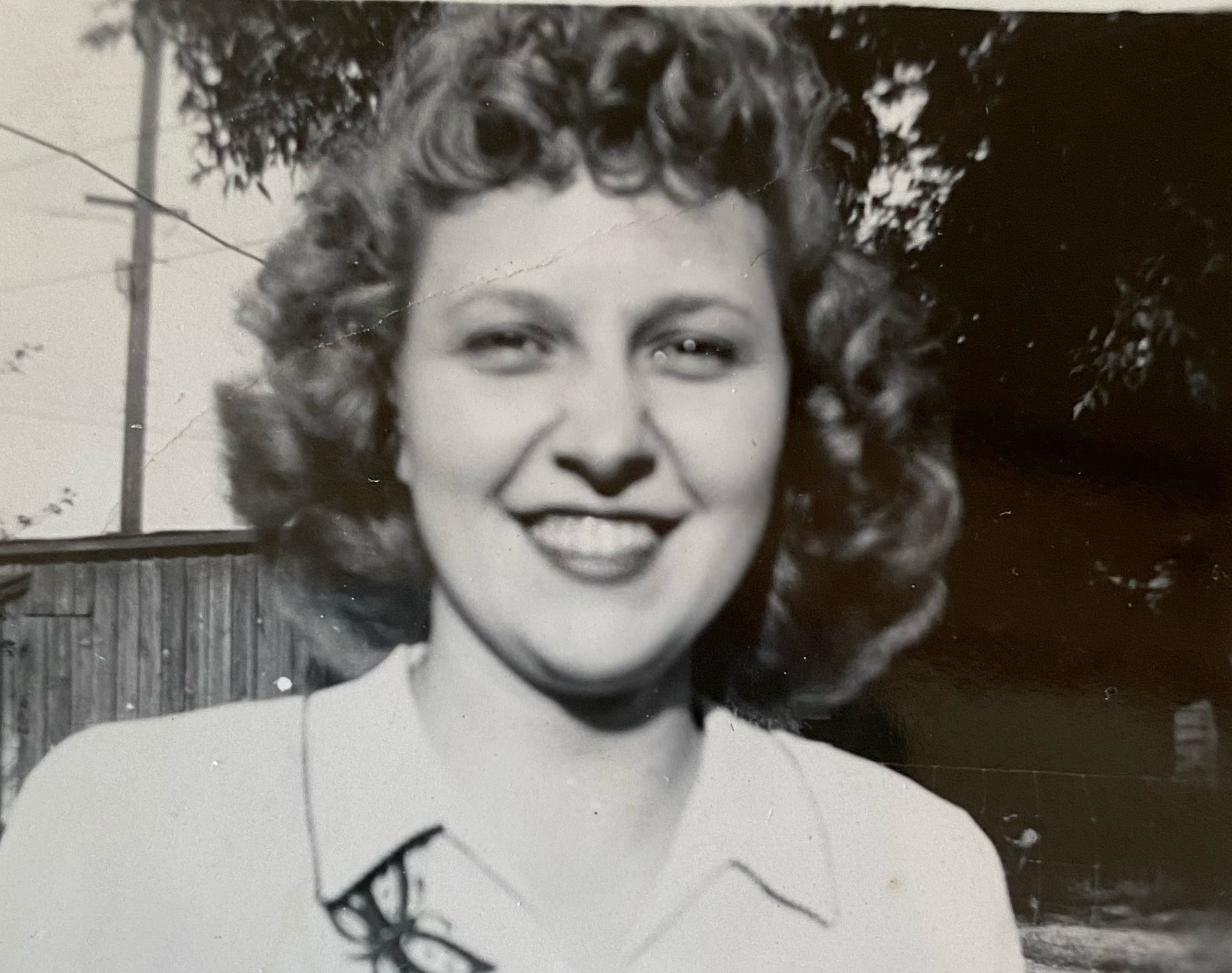 Pearl Zilk was born in Pocatello, Idaho on February 11, 1927. She was the daughter of Jacob Heer and Martha Mehlhaf Heer, both deceased.

She is survived by two children, Stephanie Zilk Kearns of Boise, Idaho and Paul Zilk of Paris, France, and by one sister, Carolyn Heer Rogers of Forest Grove, Oregon. She leaves other family, including nieces and nephews.

She was preceded in death by one infant child, Barbara Ann, by her husband of 48 years, Roy Zilk, and by her sisters, Ruth and Elizabeth, and brothers, Wilmer, Reuben, Alvin, and Arthur.

Pearl grew up in Pocatello and graduated from Pocatello High School.  She fondly recounted memories of her childhood, large family, friends and various jobs at a bakery, flower shop and creamery. She loved music and played piano, spoke German, enjoyed movies and school plays, and won various running medals as part of the school track team.

She met Roy Zilk in 1945, following his return from service in the United States Marine Corps during the Second World War.  They both worked at Western Union, where Pearl was a message typist and Roy delivered singing telegrams.  They married in 1946 and subsequently lived in Oregon and Idaho.

Many of Pearl’s happiest years were in Blackfoot, Idaho, where she and Roy bought their first house. Her children remember her as a loving mother and devoted homemaker who loved gardening and canning fruits and vegetables. Pearl encouraged her children to learn musical instruments, to read and seek higher education. Animals had an important place in their home, and pets included a horse, dogs and cats, fish, and birds. Favorite family  activities were weekend visits to grandparents in Pocatello, ice skating, hunting wild asparagus and especially summer camping trips throughout Idaho, where Pearl especially adored the Salmon River country. The family faithfully attended the Jason Lee Memorial United Methodist Church.

While in Blackfoot, Pearl worked as an office assistant for a local doctor and was especially proud to have served as legal secretary for future Idaho and U.S. circuit judge, J. Blaine Anderson, as well as for future U.S. Attorney for Idaho, Idaho Congressman and Bingham County Prosecutor, Thomas E. Moss.

She also was a Girl Scout troop leader and, as a Jaycee-ette, loved to volunteer making treats at the State Fair.

Pearl and Roy left Blackfoot in 1974, and they lived while Roy worked in New York, Maryland, and Saudi Arabia.  Pearl enjoyed travel and had nice memories of sightseeing in the USA and other countries including Canada, Saudi Arabia, Egypt, Greece, Switzerland, France, Germany, Austria, Italy, Hungary, and Czechoslovakia.

Following their return to Boise, Idaho in 1979 and subsequent divorce in 1994, Pearl worked for The Advertiser, then for numerous years at Subway restaurants, where she was affectionately known as “Grandma Subway.”  She also served as an elections volunteer, and continued her passions which included gardening, crocheting, knitting and needlework, loving her pet cats, reading, and listening to classical piano music and to her favorite, Luciano Pavarotti. She greatly appreciated visits and phone calls with family and close friends.

In her last years, she was especially grateful for the loving support of her caregivers, including daughter Stephanie who lived nearby in Boise.

Honoring Pearl’s wishes, there will be no public services. She will be buried in the Mountain View Cemetery in Pocatello, near her daughter Barbara Ann and other family members.

Stephanie and Paul suggest that charitable contributions be made in Pearl’s name to the Idaho Humane Society Adoption Center in Boise.