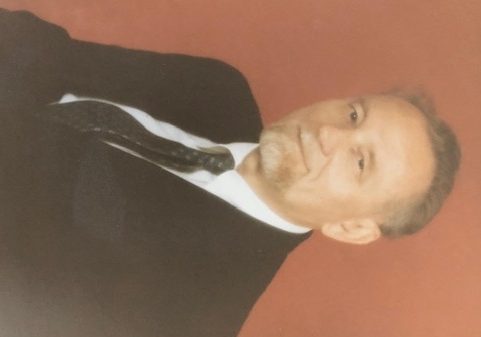 Paul Revai, a retired civil engineer and linguist, passed away peacefully on the evening of February 28th, 2019 in Garden City Idaho. He was 91 years old.

Paul is predeceased by his father, Paul Revai, who did not survive the Second World War, and his mother, Rosa Revai, and by his wife of 62 years, Joan, who passed away at their home in Garden City on May 28th, 2016 at the age of 83.

Paul was born in Budapest, Hungary on January 29th, 1928, to a distinguished family with a history of publishing.

After finishing elementary school in Budapest, he began studies at the gymnasium, but also enrolled in the famous Franz Liszt Royal Academy of Musik where he studied piano with Ernst von Dohnanyi, the famous composer, conductor and musicologist, and also a member of the anti-Nazi resistance in Hungary and Germany.

When World War II broke out, Paul was inducted into the Hungarian Army and fought on the Eastern front, Surviving the 90 day Siege of Budapest and the firebombing of Dresden.

When the war ended, he was taken prisoner in A British POW camp, after having escaped from a Soviet camp somewhere in Eastern Europe.

He was relocated by the Allied powers to the German city of Passau, in the Western zone of occupation, and enrolled in the Hungarian Realgymnazium there, a secondary school which prepares students for university.

Paul graduated with top marks in 1948, and then was sponsored by an American couple, whom he never met, to immigrate to the U.S. and continue his education on a scholarship at Marquette University in Milwaukee, Wisconsin. So in 1948, he boarded a troop ship in Bremen, Germany, steamed across the Atlantic and arrived at the Brooklyn Navy Yard, took a train to Milwaukee and enrolled at Marquette’s School of Engineering.

He graduated third in his class with a degree in civil engineering in 1954, received US citizenship shortly after and began working as an engineer in the Milwaukee area.

At one of the engineering firms he worked at he met Joan who worked there as an administrative assistant and they began dating. Shortly after, he was inducted into the US Army and because Paul grew up and was educated in Eastern Europe, was fluent in the Hungarian, German and Latin languages as well as English, he was assigned to US Army Intelligence.

Paul and Joan married on Nov. 5 ,1955 and shortly after, the Army sent him to Germany to serve in intelligence operations there. He was stationed in Germany in 1956 and 1957,

honorably discharged and returned to Milwaukee, where he resumed his career as a civil engineer and started raising a family with Joan.

In 1968, he moved with his wife and four children to Phoenix, Arizona where he worked as a civil engineer for the City of Phoenix, Building Safety Department for 28 years.

For a couple of years he moonlighted; teaching classes during the evenings in Structural Engineering at Phoenix College.