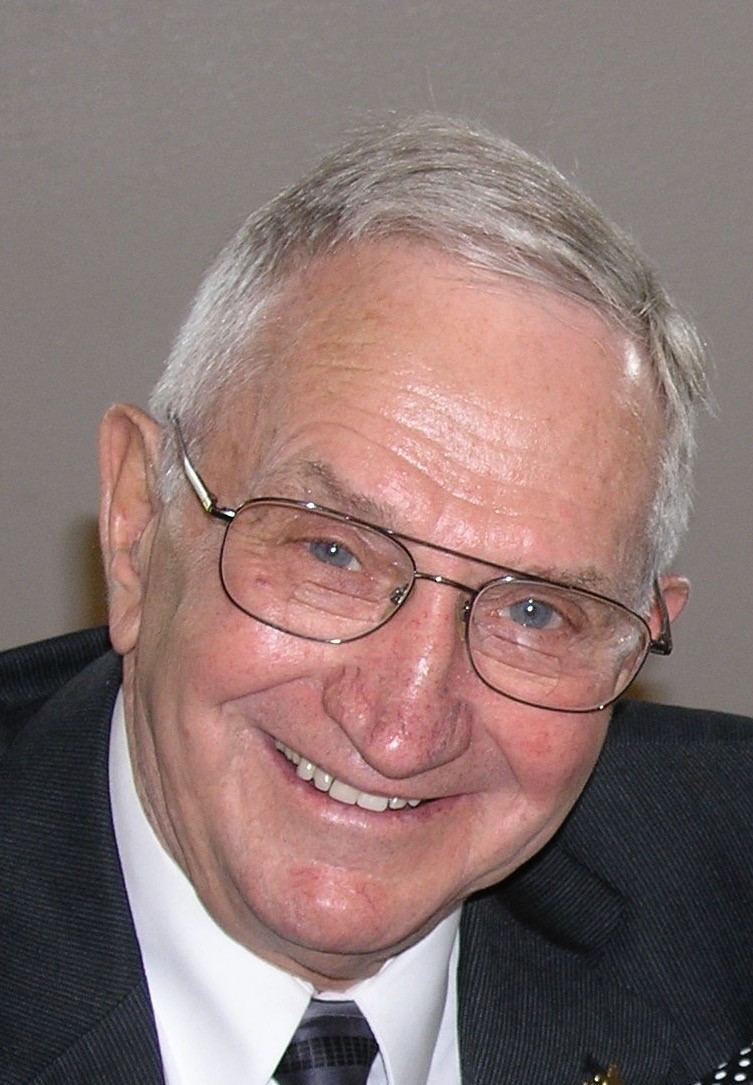 Paul Carlin Cox was born 7 miles outside Glenwood Springs, Colorado on a homestead of his Aunt Tillie Forker who raised his father Loy from age 2. His father at age 40 brought Josephine to a small dugout and then a log cabin where the couple welcomed first born Paul and 4 siblings.  This land he would inherit with his brother Calvin at age 16. Paul was drafted during World War II and considered his service as one of the most significant points of his life, returning as a staff sargent.  During his active duty, he leased the land to a sheepherder for 3 years, returning early as the war ended. He worked in town using the experience he had as a driver for a dry cleaner. There he wooed his wife Dorothy      Wilson with his “baby blues” and curly dark hair and jaunty smile as she prepared the daily orders for his route.  They married April 11, 1948 and began married life back in Spring Valley, where  Donna and Doug were born. At age 27, he made the life altering decision to accept the God of the Bible read to him by student neighbor Keith Kindall. He asked Christ for forgiveness of sins, crying out in the old corral “Lord, help my unbelief.” He began  attending church because his Aunt Theresa had taken his wife and 2 children to Immanuel Baptist Church. His faith exploded and he began to teach others about the Lord. Moving to town, he worked as a mechanic to support the family, adding Paula and Jim to the happy household. A church in New Castle asked him to be their pastor 1960-1963.  On the job training as a bi-vocational pastor soon gave him a thirst to pursue the ministry as his calling for 30 years, beginning at Tennessee Temple Bible College.  He pastored churches in Tennessee, Oregon, Colorado and Idaho.  From age 27 to 94, his path led to loving God more.  In latter years, upon the death of Dorothy, he found love again with Doris Akers, a next-door neighbor, and they enjoyed the last 24 years together until his home-going.

A funeral service will be held at Bowman Funeral Parlor on Friday, March 18, 2022 at 3:00 pm located at 10254 W. Carlton Bay Garden City, Idaho 83714.  To watch the service please go  https://www.bowmanfuneral.com/livestream/ the password is bowmanlive