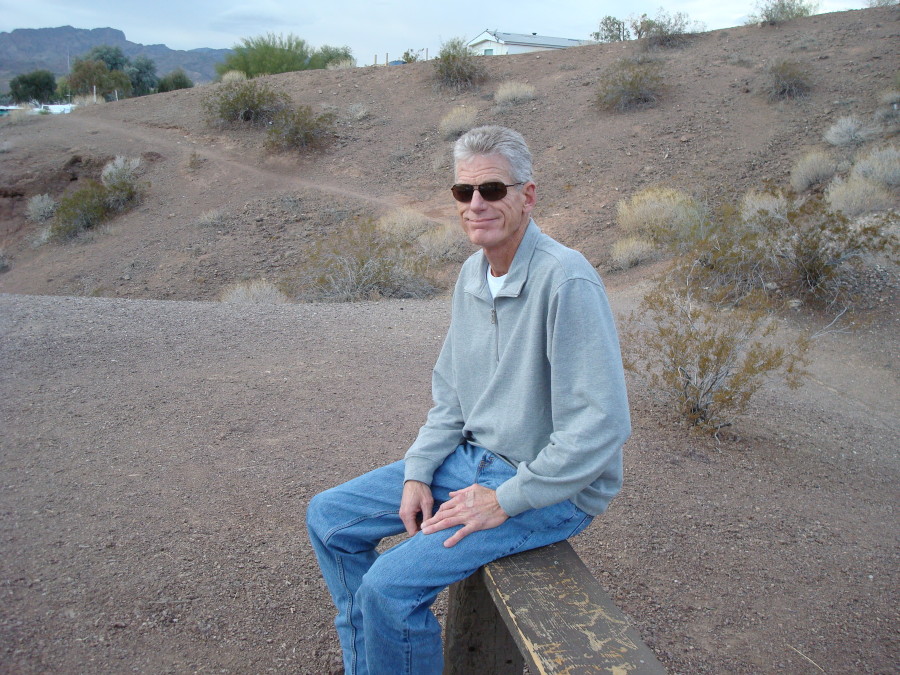 Paul A. Hardt slipped away just after noon on Thursday, August 8, 2019, after a swift, fierce battle with a brain tumor.  His wife Candace and long-time friend Dennis were by his side.  Paul was a New Year’s baby.  He was born on January 1st, 1951 at Travis Air Force Base, California, to Eleanor (Vogel) Hardt and Henry A. Hardt.  He was the first baby born in the county that New Year’s Day.  His mom often recalled hearing the “noon whistle” shortly after his birth, so it was interesting that his passing was shortly after noon.

Paul was raised by his mother, who instilled a strong work ethic in him.  She brought people into his younger life that taught him skills he built upon his entire life.  He was always active, strong, and working toward the next goal.  From his first paper route and his dawn forays to salvage those redeemable beer bottles from the Miramar Ballroom, to the way he kept our homes in beautiful condition, he always did everything to the best of his ability.

Paul was an athlete from grade school on and well into his 40’s – basketball, of course!  His friend Pat Rutledge recalls their games at Koelsch School in 4th grade and all through the years.  Paul played at West Junior High, then at Capital High School, Class of ’69, when the Eagles won the State Championship with Paul racking up 23 points and 18 rebounds.  The last time we were at Capital High his picture was still in the Hall of Fame.  He loved that.  High school was followed by playing at the University of Idaho, which he chose over an impressive number of offers from other schools.  (But he chose to stay close to home so he could always be close enough to help his mom.)  After graduation, he played a couple more decades of City League basketball with all his buddies, making new lifelong friends along the way.  Pat said his opponents often said “Paul must put his elbows in the pencil sharpener before a game” because he drew blood when he ‘bowed ya.

Paul met his wife, Candace Arnold, in April of 1973 and they fell in love to the beat of disco music at Victor’s in downtown Boise and were married on September 23, 1977, at the Cathedral of the Rockies’ Cana Chapel.  During their 42 years of marriage, Paul’s career began as assistant branch manager for Morgan Drive-Away which later became GE Capital Modular Space where his organizational and management skills shone as Branch Manager.  However, after a few years he realized the sales staff had more fun, so he became a Commercial/Construction Sales Specialist for the company, combining two of his greatest talents.  That led to many awards and bonus trips to Cancun, St. Lucia, and various U.S. resort destinations.  When GE moved their office out of state, Paul struck out on his own for a few years, as a private contractor.  He designed and built beautiful redwood decks, did custom remodeling and additions, and many other projects around Boise.  Along the way, he was always honing his skills as a designer, architect, carpenter, cabinet maker, electrician, plumber, painter, landscaper and mechanic.  He truly could do anything and was always ready and willing to help his friends and family.  Our current home is a testament to his quality, enduring skills.  Paul’s last job was a sales position with Heating Supply in Boise, working with Jim Hollister, whom he came to admire greatly.

Paul officially retired in 2008, and he and Candy bought a travel trailer and hit the road.  Winters in Sun City,AZ, were full of friends, golf, sightseeing, sunshine and fun!  The one thing he missed in retirement was boating and fishing – he owned a boat for most of our married life, and was one of the best fishermen you could find.  His last boat, named “Hardt’s Desire” was a beautiful red Custom Weld jet boat that took dozens of friends and their kids waterskiing, tubing, picnicking, camping, and fishing, fishing, fishing.  Steelhead and salmon from Riggins, ID to the Columbia River in Oregon feared him!  Cascade Lake’s trout practically lined up to be caught by him.  But he finally admitted you can’t do everything, and sold his last boat in 2016.  Even so, he had plans for another small boat when the time came to stop travelling.  The culmination of our lives was to be spending our old age back in Boise enjoying home and all our deeply-loved lifelong friends.  So, along the path his life took, even though it ended much too soon, he made all of our dreams come true.

Paul is survived by his wife Candace; his aunt Viola Cegnar and her sons, Bob, Barry and Randall; his aunt Martha Vogel; his nephew Robert D. Arnold; his niece Sarah Mebane and her husband Al; and his sister Carol.

Paul was such a talented, sweet, generous guy and has many close, loving friends who, as a group, have been through thick and thin, supporting each other over the years.  Their care and concern were given so lovingly through his short battle with cancer and as ill as he was he was deeply touched by all the hopeful, positive wishes and all the love sent his way.  He loved you all, too.

A memorial is planned for Saturday, September 21st from 11am to 2pm, at 255 Provident Drive in Boise.  Please come and see old friends, swap some stories, and help celebrate the life of Paul Hardt.