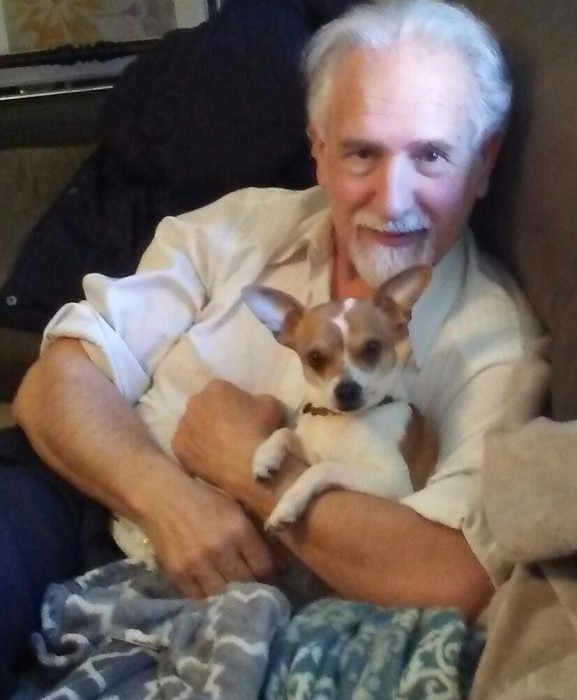 Patrick Reid Stevenson, age 64, died on August 22 in Garden City of natural causes. Pat was born in Nampa, Idaho, on May 2, 1955 to Kenneth and Josephine Stevenson. He was the fifth of eight children and the youngest son.

Pat attended St. Mary’s grade school and graduated from Boise High in 1973. He earned an Associates Degree in auto mechanics from Boise State and spent much of his working career as a mechanic and later as a copier machine/printer technician. At the time of his death he was working as a chauffer, a job he truly loved.  Even though he chauffeured royalty and many celebrities, being able to pick up his nieces and nephews for a ride in a limo for their birthdays and share in their fun and laughter beat all else.

Pat was a nature lover and he enjoyed being outdoors as much as possible. He loved the Boise River, a place where he spent a lot of time. He fished in the river, swam in it, floated down it, and played with his dog, Teddy, in it. On one occasion while playing with Teddy, he had a major heart attack in it. That one nearly took his life, but Pat was one tough old bird. He also loved to hunt and fish, hike, camp, and when he was a younger man, ski and rock climb. He was in truly his element when he was outdoors.

Pat also had a green thumb and loved to garden. He was at home with a shovel in his hands and he was always generous with his bounty at harvest time.

Pat was married and divorced twice and was single at the time of his death.  He didn’t have any children but he helped raise a few here and there and considered his nieces and nephews and his friends’ kids as his adopted kids.  He loved his family above all else and membership in Pat’s family was open to all. Few qualifications were needed.  To know Patrick was to love him, but for those of us who knew and loved him most, he could be the most maddening person on earth.

Pat marched to his own beat and was a free spirit. He could be hopelessly naïve and always assumed the best in all people.  He was always willing to lend a hand to help anyone and do just about anything for anybody. He was a generous, kind, and considerate man who will be missed by all who knew him.

Pat is preceded in death by his parents Jo & Kenny, his brother Tim, sister Maryann, nieces, and his grandparents and many cousins, aunts, and uncles. He is survived by his siblings, Vicki Meyers, Colleen (Leon) Gardner, Dennis (Nancy) Stevenson, Janice (Tim) Larche, and Judy Wolfe and numerous nieces, nephews, cousins, aunts and uncles.

Please join us in a Celebration of Life for Pat being held on Sunday September 22, 2019 at Winstead Park at 1:00pm. Reception following.