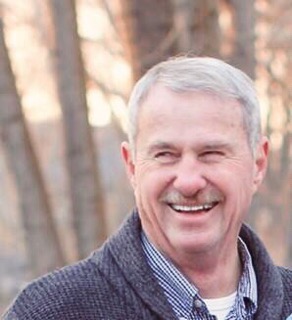 Pat Orthel, 71, died suddenly of a massive heart attack at his home in Eagle, Idaho on Thursday, November 12, 2020.  Pat was born the youngest of eight children on January 18, 1949, son of the late Leo and Blanche Orthel.  Pat graduated from Buffalo Center High School in 1967.  Legend has it, Pat still holds scoring and rebounding records from the North Iowa High School 1964-1967 Varsity Basketball seasons.  After high school, Pat attended college at Upper Iowa and NIACC before enlisting in the Army in 1969.  After proudly serving his country in Vietnam, Pat was honorably discharged to civilian life in 1971.  On June 17, 1973 Pat married Marcia Michaelsen in Buffalo Center, Iowa.  In February of 1979 Pat relocated to Ames, IA with Marcia and their two young children, Jason and Mandi, to continue his education at Iowa State University where he would earn a Bachelor of Science in Agriculture Business in 1980.

Pat devoted his entire career to the agriculture industry which took him and his family on several cross-country moves over the years for opportunities in both agricultural sales and management.  Pat never crossed paths with a stranger…only friends he hadn’t yet met.  In retirement Pat was overjoyed to spend time with his wife, children and grandchildren, his greatest treasures on Earth.  Pat trusted Christ as his personal Savior and we are so comforted knowing he is now with his Lord Jesus in Heaven.

He is survived by the love of his life, Marcia “Marta” of Eagle, Idaho; two children, Jason (Angie) Orthel of Lake Forest Park, WA; and Mandi (Dr. Scott) Leibsle of Meridian, Idaho; and five grandchildren Emma, Jack and Violet Orthel, and Ally and Johnny Leibsle; two brothers and four sisters, Phil, Bobbe (Gene), Joy, Laurel, Leah, and Mike (JoAnn) along with numerous nieces and nephews.  Pat is preceded in death by his loving parents Leo and Blanche Orthel and his dear brother and hero, Bruce Orthel.

A viewing will be held Friday November 20th for immediate family only.  A memorial service will be held at the Idaho State Veterans Cemetery in Boise, Idaho at a later date.

A viewing will be held Friday November 20th for immediate family only.  A memorial service will be held at the Idaho State Veterans Cemetery in Boise, Idaho at a later date.