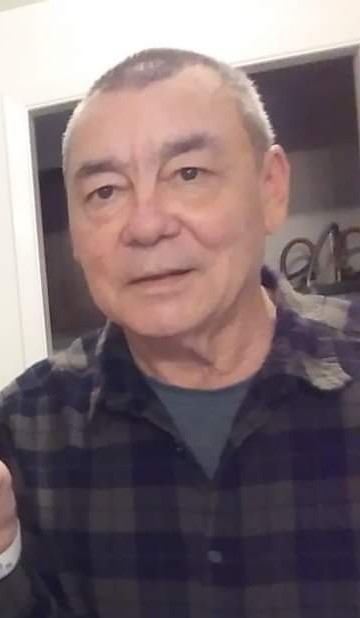 Patrick James Grode passed away on Saturday, March 26th in his home in Boise, Idaho at the age of 69 surrounded by loved ones. He was born on February 24, 1953, in southern California where he grew up with his large family.  Pat grew up loving playing outside and going to the movies to see the newest John Wayne film.  After graduating high school, he joined the United States Air Force.  During his time in the military, he repaired B-52’s and was stationed in Guam.  After his honorable discharge from the military, this veteran had a long successful career as an engineer at Micron Technology.

During his free time, Pat enjoyed hunting, fishing, camping, and other activities.  The Los Angeles Dodgers were his favorite baseball team and he cherished teaching his two sons to play catch.  A beloved past-time of his was listening to music and he always had the stereo playing whether inside or outside.  The Eagles, Elton John, and The Beach Boys were a few of his favorites.  He loved classic muscle cars, going to the annual car show in Boise, and the movie, American Graffiti, which featured several of his favorite classic cars.  One of Pat’s favorite hobbies was gardening.  He loved to show off his home-grown tomatoes.  Another favorite hobby of his was golf, either watching it on TV or playing at his favorite local course.

Pat was a kind, generous man with a witty sense of humor.  He is survived by his three children: Aaron James Grode, Jon Patrick Grode, and Aubrey Madeline Moore and one grandchild, Lander James Grode. In addition to his children, Pat is survived by 5 siblings:  William Grode, Sally Gerhard, Kathryn Grode, Mary Grode, and Ann Grode.  He was predeceased by his father, James Dominic Grode, his mother, Barbara Ann Grode, and his sister, Susan Basha.  The funeral service will be at Bowman’s Funeral Home, 10254 W. Carlton Bay Drive, Garden City, Idaho 83714 on March 31st at 2:00 pm.