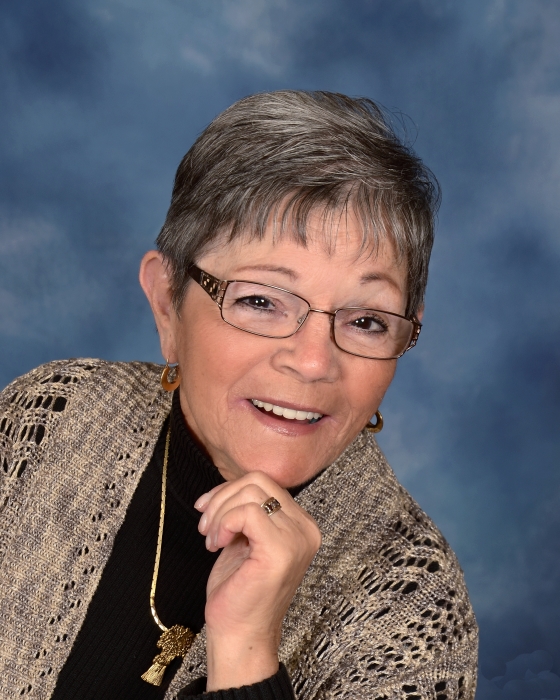 Patricia Ann Dwonch, age 78, of Boise, Idaho, passed away peacefully on October 8th, 2019.  She is now made perfect in God and has been reunited in heaven with her parents Frank and Petra Fernandez, sister and brother-in-law Marie and Emory Flynn, and her brother Frank B. Fernandez, all of whom pre-deceased her.  Pat (or Patti) was born on June 27, 1941 in Gary, Indiana.  At the age of 15, she and her family moved west to Oakland, California.  Patricia attended and graduated from Castlemont High School in Oakland.  She became a grocery cashier for many years to come.  She married Richard Dwonch at the age of 24 in 1966; and they brought their first son Joseph into the world.  Robert followed in 1968: and John came along in 1969.  Pat also especially adored and claimed as her only “daughter”, her niece and Goddaughter Eva Manderson of Tillamook, Oregon.

Pat was the definition of everything a Mother should be; completely dedicated to her children and full of sacrifice, love, and concern for them until the very day she passed.  There has been no better Mother to her children than Pat Dwonch.  The family eventually moved to Boise, Idaho in 1977; where shecontinued her position as a grocery cashier at Buttrey Foods, and ultimately Alberstons.  During the years from 1977 thru 1987, Pat became a second Mother to countless numbers of young people, especially baseball players.  These young people from so many different families, were all beneficiaries of Pat’s Motherly love, kind heart, and incredible cooking skills.  Since all three of her sons played baseball through their high school years; Pat nearly lived at the baseball fields.  That tradition of Pat being at the fields resumed, as her granddaughter Abigail has continued the family passion by taking up softball; and Pat’s only grandson Matthew plays baseball on the same field at Storey Park as her three sons did all those years ago.

The final 23 years of Pat’s working career were spent as a Deputy Court Clerk at the Ada County Courthouse.  She loved her time there; and developed many lifelong friendships and admirers of her work ethic and love for others.  Pat spent her retirement years doing what she had always done, being a Mother, and an incredibly consistent and loving Grandmotherand Great Grandmother.  Her children, grandchildren, and great granddaughter Adrianna, were always the most important people in her life.  She attended every event and holiday with her grandchildren that she could possibly make, even as she knew her health would ultimately fail her.  Pat remained close to them all; and was surrounded and adored by all of them, and some very special friends and family members, over the past couple months leading up to her passing.

Pat spent the final two months of her life dispensing Faith, Courage, Wisdom and Love from a hospital bed or wheelchair to all who entered her presence.  Any person who left after a visit with her knew that her strength came directly from her Faith in God.  She made us all stronger and led people to God through her actions.  She was a Mother, a Grandmother, Great Grandmother, Teacher, and Friend to all of us until her final breath.  Pat Dwonch was the definition of what we all think of when we think of Family.  She was LOVE.  We were all better for our time with her; as she was a positive impact to all who came in contact with her.  Pat changed the course of lives in her final months.  Her spirit of kindness and love, lives on in her children, grandchildren, great grandchildren, and for generations to come.

Pat is survived by her three sons Joseph, Robert and John Dwonch; her grandchildren Shayla, Remington, Nikkita, Matthew, and Abigail Dwonch; her great granddaughter Adrianna; and future great grandchild from granddaughter Shayla.  She is also survived by her sisters Linda Fernandez,Christine Roberts, and Helga Jacobs; as well as many aunts, uncles, cousins, brothers and sisters in-law, their beautiful children, and so many friends who completely adored her.