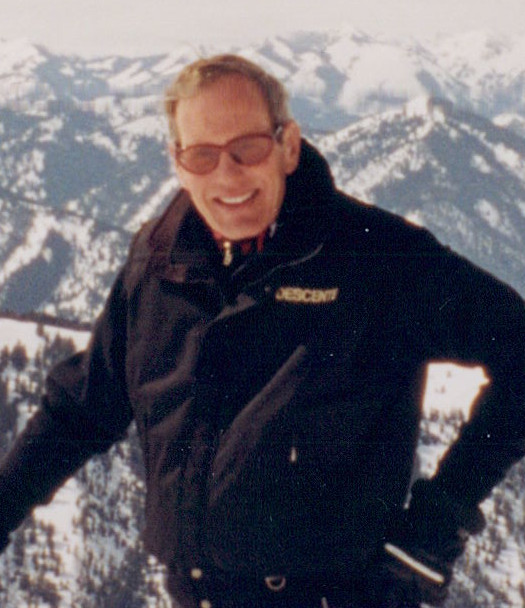 Nyle Graydon Barnes was born in Waterville, Washington on July 26, 1938 and slipped away peacefully on August 23, 2020.

He was the son of Forrest and Emma Barnes and was a graduate of Waterville High School class of 1956 (27 students).  He left Waterville for Stanford University in the fall of 1956 and left shortly to serve in the U.S. Army Seventh Army Headquarters in Stuttgart, Germany from 1957 to 1959.  He returned to the United States and headed for Seattle where he graduated from the University of Washington in 1963 and where he was the president of Delta Upsilon fraternity.  He is a graduate of the University of California Boalt Hall School of Law (now Berkeley Law) in 1966 and practiced law in Seattle for over twenty years.  He took an opportunity to try the ex-pat life by joining a Jakarta, Indonesia law firm from 1995 to 1998 when the mountain life of Sun Valley beckoned.  Nine years of mountain biking and ski racing followed. We moved to Boise in 2007.

Nyle was predeceased by his parents and younger sister Nyla.  He is survived by his loving wife of 51 years Galen Barnes, his children Courtney Lillevand of San Anselmo, California, Joshua Barnes of Dublin, Ireland, and Chase Barnes of Boise.  He leaves his seven grandsons:  Conor and Nicholas Lillevand, Thomas, Rory, and Daniel Barnes, and Braxton and Kaius Barnes.  Also left behind is his brother Don Barnes of Wenatchee, Washington and many beloved cousins, nieces and nephews.

If you asked someone in our close family to describe Nyle, it would go like this:  a tall guy who liked loud stereo, fast skiing, Italian coffee, adventure travel, well tended gardens, and big band jazz.  Most of all, he tended to us and provided an exciting and loving family life.

Nyle was a lifelong audiophile; the music of Mozart was his spiritual home.  This quote attributed to Albert Einstein is from Nyle’s bulletin board:  Mozart is the greatest composer of all.  Beethoven “created” his music, but the music of Mozart is of such sublime purity and beauty that one feels he merely “found” it – that it has always existed as part of the inner harmony of the Universe, waiting to be revealed.

Rest in peace in “the inner harmony of the Universe”.  We will miss you every day.  Our thanks go out to our St. Luke’s hospice team; they provided gentle care to our whole family.  Memorials may be made to MPN Research Foundation.