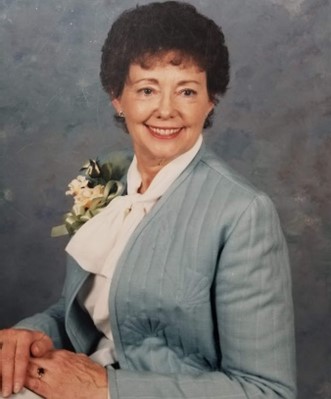 Norma Lee Taylor Griffin King was born at home on a cold wintery day to Roy and Iva Loretta Bates Taylor in Oakley, Idaho on January 25, 1928. Although, much of her childhood was during the depression, she had a wonderful childhood spending time on the farm, helping her mother cook, playing with her siblings and friends and attending church. She loved reading and would be often found in the barn, behind a haystack, engulfed in a book.

Norma and Bill raised their family in Twin Falls, Idaho. The house was often chaotic, with children and friends filling it with laughter, love, arguing and music.

In 1970, they moved to Pocatello, staying there for 2  years. Norma working at Skaggs Drugstore and Bill continued to work for Meadow Gold Dairies. Around 1972,  a close friend offered Norma and Bill an opportunity to manage the Sizzler Cookhouse restaurant in Ketchum, Idaho. They were beyond happy to move to the beautiful Sun Valley area, a place Norma always wanted to live. Norma’s delicious homemade soups became famous around Ketchum. They both loved running the Cookhouse and were good at it too! In 1978, the owners of the Cookhouse closed their doors and Norma and Bill had to find alternative forms of employment. Bill got a job with the Forest Service in the local visitors center and Norma got her real estate license.

Unfortunately, 6 years after arriving in Ketchum Bill tragically died in a car accident on January 11, 1980.  A devastated Norma moved forward with her life and moved to Boise, to be closer to her children. In early October, her beloved Aunt Jeanette introduced her to Howard King, who lived in Twin Falls. They had many things in common: their love of the LDS religion, love of singing and dancing, both had large families, and shared good senses of humor. They got married on November 11, 1980. Although it wasn’t always easy in the beginning, they worked at making it the loving and committed relationship they had envisioned. After 10 years in Boise, Norma decided to purchase several Diet Centers and moved to Reno, Nevada. Howard got a job at Raley’s Supermarkets as a grocery checker. While running the Diet Centers, Norma got involved with the LDS Church and the Sierra Nevada Chorale. Both of which she loved dearly, making many wonderful memories. One of the proudest moments of her life, was when she traveled to New York City and was one of the Chorale’s performers at Carnegie Hall.

Even though Norma was  passionate about helping people lose weight and giving cooking and nutritional advice to her clients, the Diet Centers became less and less profitable, forcing Norma to close them. This loss was very difficult for Norma, but with Howard they moved back to Boise, where they started their retirement. They kept very busy entertaining and working on their large, beautiful home on Randolph Street. During those happy years, Howard suffered some serious health problems and soon they realized they could no longer take care of such a large home. Reluctantly, they sold their home and moved to Meridian. There they quickly made friends in their church and neighborhood, often inviting friends and family over for dinner, where Norma would prepare some of the best home cooked meals. The smells of baked goods often filled their home. Most of the breads, cakes, cookies and other food delights were shared with family, friends and anyone who stopped by.  This love of cooking and sharing food is a characteristic that was a constant through-out Norma’s entire life and brought her great joy. The other great joy of her life was the LDS church. She served in a variety of Church positions, including Relief Society President. Norma’s life was guided by the beliefs and doctrine of the LDS Church.

In 2010, Norma began to show signs of memory loss, until it got serious enough to cause concern among her children. In 2014, Norma and Howard were forced to sell their home and move into an assisted living facility, where they adapted to a new life, one they had never envisioned for themselves. In April of 2016, Howard suffered a fatal stroke, leaving Norma to live alone for the first time in her life. The sense of loss and grief lasted to her final days. Three years after Howards passing, her deeply saddened children were forced to move Norma to a Memory Care facility where she passed away on June 10, 2021.

Norma Lee Taylor Griffin King was an amazing women, who lead an amazing life. She taught her children the importance of family, the joy of cooking and sharing it with others, the joy of laughter and having a sense of humor, and the joy of music. The most significant lesson she taught her children, were social skills; the ability to talk to anyone, make new friends, make people comfortable wherever they went, whomever they encountered. Norma was as comfortable talking to a farmer as a congressman.

Through-out her life, her beautiful voice brought so much joy to anyone who happened to be near her. She absolutely loved good musicals and plays, especially the “Phantom of the Opera” and “Les Misérables.” Norma truly loved life and living, every single day. And she will be missed every single day.

The Church of Jesus Christ of Latter-Day Saints