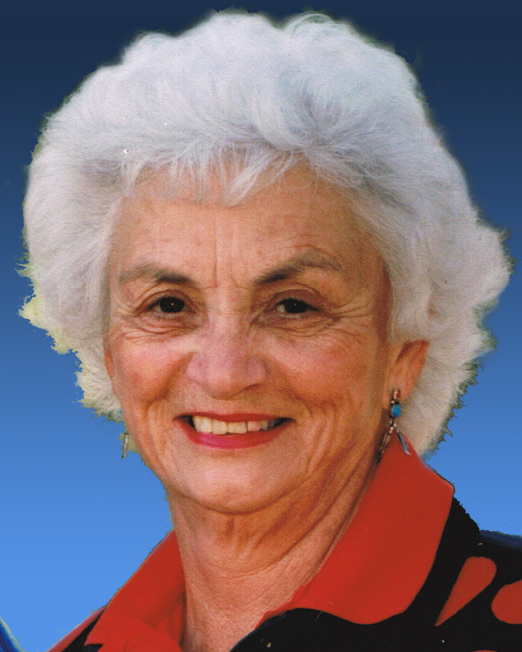 Noreen Wilkin Bowman, 93, of Payette, died peacefully at home on March 9, 2020 with people she loved by her side. She was born in Payette, December 1, 1926, the daughter of Ora Farber and Lenore Marie (Fitzgerald) Wilkin. She grew up on the Oregon Slope near Ontario and graduated from Ontario High School in 1944. She then attended Marylhurst College in Portland, Oregon, and returned to Ontario after her first year because of the war to help out at home, and worked at the First Security Bank in Payette.

She met a young Payette pilot, Jack Bowman, who had returned from the war in China in April 1946, and they were married on September 16, 1947. The “Jack and Noreen” love story and saga began, and they were a perfect lifetime match and favorite couple for innumerable friends and relatives.

They made their first home in Moscow, Idaho while Jack completed college that had been interrupted by the war. Soon afterwards they began a fascinating life in the US Air Force, traveling the United States and world. Jack and Noreen had three children: David, Gary and Beth, and the family lived in over twenty homes in 22 years of life while in the Air Force. Noreen always made the transition to each new home seem easy. She was a master at making each home comfortable, warm, safe and loving for the entire family. Her never failing love for her family was the glue that bound it together and created a life full of new adventures and joys.

After the Air Force career, Noreen and Jack enjoyed corporate life with United Services Planning Association in Tacoma, Washington, Fort Worth, Texas and Sacramento, California. With their second career they continued to travel throughout the US and the world. They retired for the second and last time in Payette in 1985, and continued to enjoy the joys of family and friends. They wintered in Fallbrook, California and enjoyed the rest of the year in Payette with lifelong friends. Everyone will always remember Noreen as a most gracious lady who was never too tired or too old (into her nineties) to welcome others she loved into her home. She was the “hostess with the mostest” in the eyes of all that shared her company.

Noreen and Jack were known by many people as not only gracious hosts, but also compassionate individuals who opened their hearts, home and pocket books to others who needed their help. They were blessed with honesty, decency, love and forgiveness throughout their lives and they enriched the lives of many who surrounded them.

Noreen is preceded in death by her husband, Jack, as well as brother and sister-in-law, Gerald and Jackie Wilkin and parents Ora and Lenore Wilkin. She is survived by her son David (Arlene) Bowman of Colorado Springs, his son Mark and daughter Kristin, and great granddaughter, Milana. Also surviving are son Gary (Cheryl) Bowman of Eagle, their daughters Angee and Lori and sons Josh and Duane and nine wonderful grandchildren. Noreen is also survived by her daughter Beth Bowman of Payette and her son Jason and daughter Grace. In addition, Noreen dearly loved and is survived by her nieces Kathy, Pat, and Mary and nephews Denny and Dick Wilkin, all their spouses, children and grandchildren.

We will all miss our dear mother, grandmother, great-grandmother, aunt, and friend.
Noreen’s family would like to thank the women who took such good care of Noreen in her home the past years. A heartfelt thank you and blessings to Heather Esparza, LaVerne Musser, Dorcee Petty, Barbara Little and Armida DeLira. She loved you all and appreciated all you did to allow her to stay in her home these past three years since her beloved Jack left. We all know how much she missed him every day and how happy she is to be free and with him again.
A visitation and will be held Friday, March 13, 2020 from 5:00 pm to 8:00 pm at Jack and Noreen’s home. Graveside services will be held Saturday, March 14, 2020 at 10:00 am at Riverside Cemetery, Payette. Condolences may be made at www.bowmanfuneral.com .