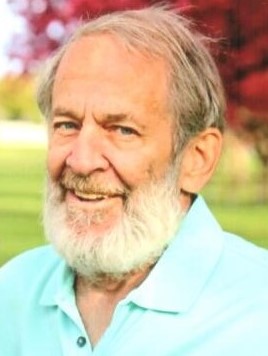 Nicholas Paul Meyers of Boise, Idaho, aged 72, passed away of natural causes on Tuesday, January 22nd, 2019 at St. Luke’s Hospital in Boise, Idaho while surrounded by family and friends

Nick was born on February 26th, 1946 to Joseph and Zelda (Eslinger) Meyers in Boise, Idaho. Having grown up here he graduated from Boise High School and continued his education at Boise College for a short time.  He started his career as a machinist with Herkner’s Machine Shop. He later moved to Ada County Highway District working in the testing lab for concrete and inspecting various public structures and their components.

One fateful night in 1966, he attended a drive-in movie with two friends, where he ended up meeting his soulmate, and love of his life, Victoria Stevenson.  He and Vicki dated a year and a half and were married on December 30th, 1967.  They were able to live out their favorite song “Happy Together” for 51 years.

Nick was a very active man, and passionate about his hobbies. His favorite activities were outside, in nature’s glory. In his younger days he was an avid rock climber. He loved hiking, camping, skiing, and riding mountain bikes; all things that he could share with his sons and his dogs. He was also a musician, who played the guitar and sang, one of the charms that helped him win Vicki’s heart.

Every summer they would plant a large garden in their yard and enjoy the bounty of their harvest that they shared with family and friends.  Vicki would make delicious meals from the vegetables they grew and freeze the extras for winter.

Nick had a very dry sense of humor and sharp wit, often lost on those who didn’t know him. Truthfully, he loved puns, and often delivered one-liners with a mischievous glint in his eye and a half grin on his face. Nick was a wonderful man, a great husband, a loyal friend, and a loving father. The world is much poorer for his passing.

There will be a viewing at Bowman Funeral in Garden City, Idaho on Sunday, January 27th, 2019 between the hours of 5:00 pm and 7:00 pm.  Services will be held at Holy Apostles Church in Meridian, Idaho at 11:00 am on Monday, January 28th, 2019, with a luncheon to be followed by a private interment at Dry Creek Cemetery in Boise.

In lieu of flowers, please send a contribution to the church or humane society in his honor.