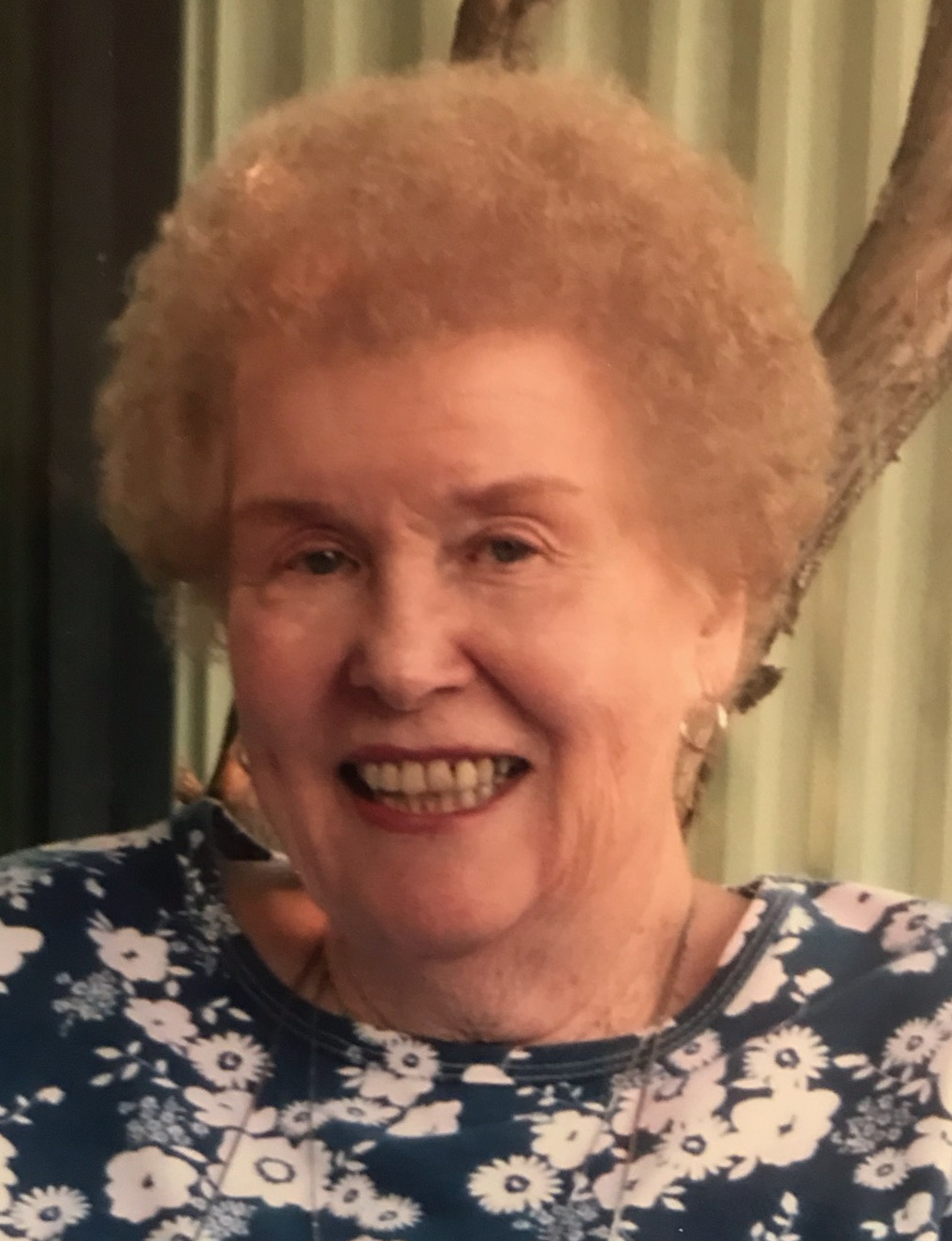 Mona Sibyl Gough passed away of natural causes on April 29, 2020. She was born on September 25, 1924 in Greeley, Colorado to George and Helen Cole. The family moved to Boise six months later, and she never left. She was the oldest of three living children. Two sisters had passed away before her birth. Mona attended Garfield Grade School, North Junior High, and Boise High School, graduating in 1942. She then attended Boise Junior College. After graduating in 1944 with an Associate Degree in Business, Mona went to work as a bookkeeper for Pacific Fruit and Produce. During this time, she met John Zimmerman and they were married on June 15, 1947. She retired from Pacific Fruit and Produce in 1952 to start raising a family. They were the proud parents of three children – Rodney John, JoAnn Marie, and Thomas Reed.
In 1969, after 22 years of marriage, life threw a curveball. John passed away at the young age of 49, but Mona was a strong woman. She gave her children a loving and stable life. She was very supportive of their school programs and after-school activities. Having her as our room mother made us proud. All three children participated in sports, and she never missed a ballgame. We are so blessed to have had her as a mother.
Mona was a widow for 11 years. Then she met Frank Gough, and they were married on November 28, 1980. One of their highlights together was a road trip across the U.S. She found New Orleans to be the most interesting city of all. They were married for 34 years when Frank passed away in 2015.
Mona had many passionate interests. She loved music and played the piano and guitar. She performed at dances, starting at age 13, accompanied by her mother until she was older. Her favorite television show was Lawrence Welk. In recent times, all three of her children would call to remind her when it was on. She bowled on a women’s league for many decades, finally retiring at age 85. She did beautiful embroidery and needlepoint. She was an avid gardener, growing vegetables and pretty flowers. She liked games, including pinochle, and in later years, Texas Hold’em, Scrabble, and of course Fantasy Football. Winning was a goal but playing the game, having fun, and being a good sport were most important. She enjoyed camping. For many years, the annual trip to Cascade/Donnelly with her children and grandchildren was a highlight. She was an excellent cook. Growing up, her fried chicken dinners with all the fixins on Sunday were the best. She would oftentimes invite a playmate of ours to join. Our house was a fun gathering place for all of our friends, as she always had an ample supply of treats and beverages for all to enjoy.
Nothing was more important to Mona than her family. Getting together for birthdays and holidays with immediate and extended family meant so much to her. For many years, she sent letters and Christmas cards to family and friends to stay in touch – her penmanship was impeccable. Her thoughtful gift bags for all the kids at Christmas were always a hit. Christmas was never complete without caroling to her piano accompaniment. And no matter what the occasion, she had to play “Dark Town Strutters’ Ball”, everybody’s favorite.
Mona is survived by her children Rodney (Mary) Zimmerman, JoAnn (David) Thompson, and Tommy Zimmerman; her grandchildren Jeremy (Minerva) Zimmerman, Ryan (Patsy) Zimmerman, and Kara (Jim) McElya; her great-grandchildren Sophia, Isabella, Walter, Talulah, and Boone; her brother Lyle (Darylann) Cole; her stepchildren Nancy (Tracy) Gough, Dee (Louie) Gonzalez, Patricia Mason, and Carlton Gough; and numerous nieces and nephews.
Mona was preceded in death by her husbands, her parents, and her sisters Opal McClure, Marie Cole, and Ruth Cole.
The family would like to thank the staff at Overland Court Assisted Living for the care they have given our mother the last 1 ½ years. And most recently, thanks to Keystone Hospice.
The interment took place on May 5, 2020.
The memorial service will be held at Dry Creek Cemetery at 11:00 AM on Friday, June 5th, 2020, with a reception following at the residence of Rodney Zimmerman located at 2414 W. Burns Street, Eagle, ID 83616.

The memorial service will be held at Dry Creek Cemetery at 11:00 AM on Friday, June 5th, 2020, with a reception following at the residence of Rodney Zimmerman located at 2414 W. Burns Street, Eagle, ID 83616.