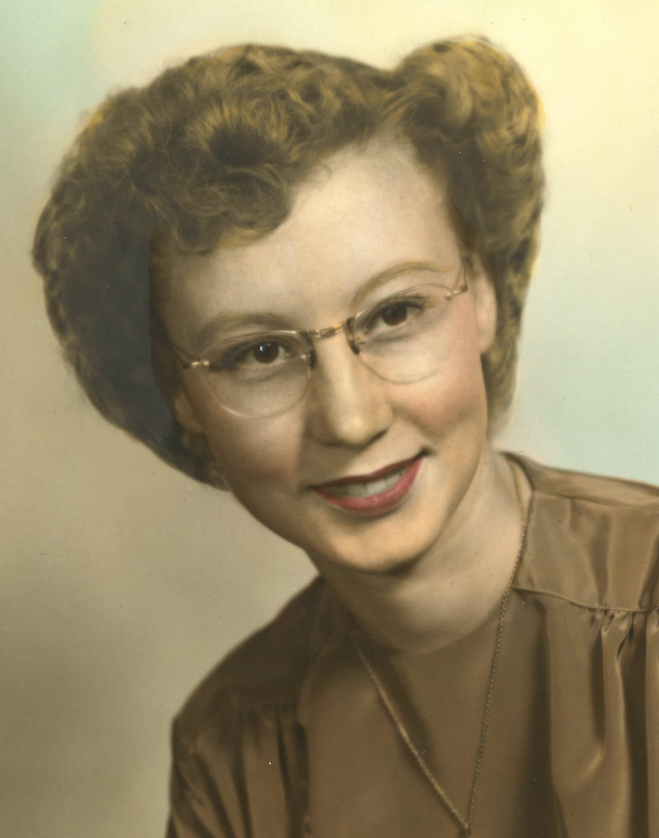 Mona was born on February 14,1933 in Pocatello, Idaho, the first of four children born to Edward Lloyd and Ila Loraine Munger.

Mona married her childhood friend and high school sweetheart, Jerry in March, 1952. They started their married life in American Falls, Idaho where they welcomed their first child, Debbie, followed by their second, Jeni. Planning to spend just a few winter months in California, Mona and Jerry moved to Woodland, California, where they stayed for the next ten years and welcomed two more children, Kevin, and Kelly. There they built their dream house, and made many lifelong friends in Woodland.

Throughout life, Mona was an avid and talented seamstress. When Mona and Jerry moved to Stockton, California, they opened their own fabric store. The store gave the opportunity to serve the people around them, something Mona was always quietly doing. Even in retirement, Mona had a room full of fabrics and finishings, and was always working on dresses and clothing for her grandchildren, matching doll clothes and perfect accessories.

Mona lived a life of service, including various positions for The Church of Jesus Christ of Latter-day Saints. She notably served as the relief Society President on three separate occasions, Primary presidency and stake Relief Society presidency. Mona was devout in her faith and knew with deep conviction of her Savior’s love. Her compassion and Christlike service was a deeply embedded attribute. She treated others with tenderness, always quietly serving.

After 51 years of marriage, Mona and Jerry were sealed in the Oakland, California Temple of The Church of Jesus Christ of Latter-day Saints in 2003. With this sealing, Mona’s passing is just a temporary parting.

Mona will be laid to rest in the Star, Idaho cemetery. Arrangements are under the direction of Bowman Funeral Parlor of Garden City.