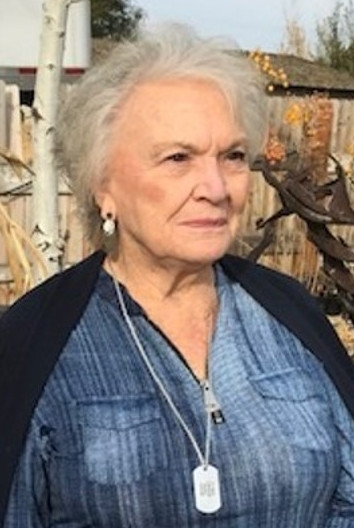 Molly Patricia (Gallagher) Miles went to be with her Lord Jesus May 8, 2021 in the privacy of her home surrounded by her five children. She was superseded in death by her beloved husband, David M Miles, II. She courageously fought the good fight having lived with serious illness in recent years.

Molly was born in Tulsa, Oklahoma, the fourth of six children. Her family moved to California when she was seven years old. Initially living in Los Angeles, the family settled in Lone Pine while her father served the war efforts in nearby Inyo. She referred to Lone Pine as her favorite place growing up. Around age 12, her family returned to Los Angeles settling in Bell where she finished High School. Shortly thereafter, she married Dave “Buddy” Miles and raised five children in Orange County.  In 1970, a job transfer for Dave moved the family to Washington State where the family settled in rural Maple Valley. Molly spent many years as an Administrative Assistant in the Tahoma School District in Maple Valley. There she ministered to many students, faculty, and friends. She and Buddy fostered three teenagers and held student Bible studies in their home for several years.  After Buddy’s untimely passing in 1992, Molly relocated to the The Dalles, Oregon where she was active in church and led Bible studies in the community. In 2000, she retired to Eagle, ID following in the footsteps of her eldest son and his wife.

Molly made a personal commitment to follow Jesus Christ as a teenager. Her husband Dave followed in his commitment in the early years of their marriage. Together, they led various Youth Groups, Sunday School classes, and Bible studies. Molly is most cherished for her perseverance in prayer and rooted faith.  She faced life with resourcefulness and an “it’ll all work out” optimism. She enjoyed traveling the countryside, camping along Lake Cascade, designing interior spaces, and was an avid reader of autobiographies and historical narratives. She is survived by her five children, eight grandchildren, 15 great grandchildren and her five siblings.

Her family would like to acknowledge Dr Sylvana Bucur and the nurses with St Luke’s Cancer Institute (MSTI) for their service and compassion which gave Molly fortitude to live beyond our expectations. In addition, the family is most appreciative for the care from Pastor John Grimsted and friends at the Eagle United Methodist Church. Foremost, however, we thank God for the days He allowed her to continue with us in our presence. She now rests in expectation of His return.