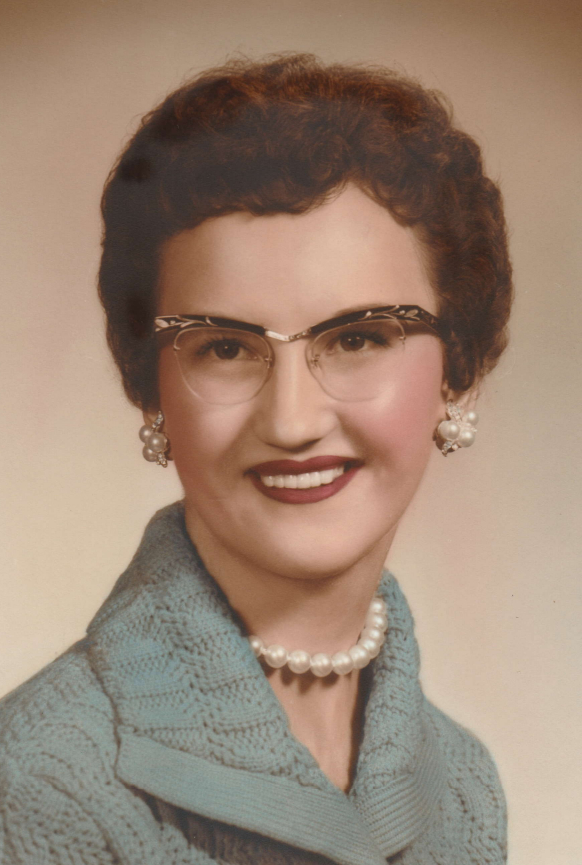 Minnie (Quenzer) Knapp passed away peacefully at age 87 on February 9, 2021 at St. Alphonsus Hospital in Boise, joining her husband Wayne who passed away in January 2020. Born in South Dakota, Minnie was the youngest of six children and moved to Idaho at the age of two. Her parents Daniel and Rosalie Quenzer owned a dairy farm in Meridian, and Minnie helped with chores and cooking while growing up. Minnie became a great cook and knew many of Grandma Rosalie’s secret recipes: German potato salad, cinnamon rolls, spice cookies, and pot roast were favorites. After graduating from Meridian High School, Minnie attended Link’s Business School and worked as a bookkeeper for McCaslen’s Lumber, and she saved to purchase a brand new yellow Plymouth.

On a blind date, Minnie met the love of her life Wayne, and they got married in 1962 and started their family. Minnie & Wayne’s pride and joy were their children Vaughn, Douglas, and Renae. Minnie and family moved eighteen times in the Treasure Valley, and she attended almost every extra-curricular activity that her kids were involved in. Minnie and Wayne built a strong foundation for their children with her manning the home front and with his career working for the U.S. Postal Service. Minnie had a strong spiritual sense founded initially on her parents’ faith and she always said her father sang like an angel; the family attended many different churches while moving around the valley including Baptist, Nazarene, Christian, and Unity churches.

Minnie was a gifted artist and devoted herself to creating beautiful things. Her paintings and handmade Christmas wreaths were displayed and sold at her credit union for years. Minnie was proud that her children all graduated from Boise State University and excelled in their professions. She enjoyed watching granddaughters Amanda, Shaylee and Carrie grow up, and was also blessed with great-grandsons Ethan, Skyler, and Jakob. Minnie loved the partners of her kids and grandkids as well.

Minnie took care of Wayne at home until dementia forced him into a care facility, and we were lucky to visit regularly up until his passing. She enjoyed regular phone calls with family elders, including her sister Martha, brother John & wife Ruby, and Wayne’s sister Mae, plus brother Ted & wife Maria. In March 2020, after having a heart valve replacement, Minnie got back energy that she had not had in years. She remained in her home, independent, and feisty up until the end, but entered the holidays not feeling herself. Heart and respiratory failure overtook her swiftly and unexpectedly in the weeks that followed.

She is survived by sons Vaughn (Renee), Douglas (Vicky) and daughter Renae (Will), three granddaughters and three great-grandsons. Thank you to Meals-On-Wheels for delicious meals & reliable visits. We will miss Minnie’s caring and comforting words, knowing her light shines on in us.