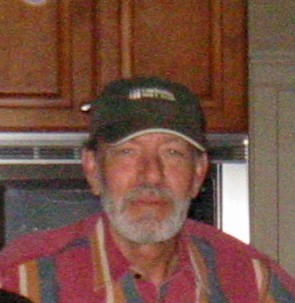 Michal R Marchant, age 71, of Meridian, Idaho passed away on April 2nd, 2020. Mike was born in Rexburg Idaho, on April 10th, 1948. The son of Gilbert Marchant and Marjorie (Clark) Marchant.

Mike spent his early years in Teton City, Idaho and enjoyed spending time with his Aunt Janet and grandma and grandpa Clark.

Mike’s father was in construction and the family moved around a lot, so Mike attended many different school growing up. His little sister (Melanie) described him as the “protector” that help his siblings adjust to their new surroundings and schools.

Mike graduated from Jerome High School, Jerome, Idaho in 1966. Following graduation, Mike attended Barber College and married Connie Albright of Kimberly, Idaho. Mike and Connie later moved to Ketchum Idaho. Mike was a barber in Twin Falls and Sun Valley before getting a job in 1969 in the Computer Center at Janss Corporation Sun Valley. This was the start of his lifelong career in computer programming. In 1971 Mike and Connie had a daughter (Tiffany Ann) together. They later divorced and Mike spent a little over a year in Africa, working for MK.

After Mike returned from Africa, he met and married Marla Gay Wells of Boise in 1978 they moved to Sheridan, Wyoming doing various software work for companies from 1978-1980. After moving back to Boise to be closer to his daughter, he became the Founder and Software Engineer for Software Associates. The corporation created inventory and accounting software for many businesses. In the late 80’s he became a manager for Student Loan Fund until he retired in the early 2000’s.

Those who met Mike liked him; those who knew Mike loved him. An honest, fun, adventurous, hard working man full of integrity best describes the man that many knew. He was also described by many as a genius and one of the smartest people they knew.

In his younger years Mike lived life to its fullest. He didn’t have hobbies; he had personal goals and passions. His heart and soul went into everything he tackled. Mike didn’t just fish to pass the time, he took it seriously. If it was in the water, he fished for it. Mike entered many tournaments and even won a State Bass Fishing Tournament. He enjoyed steelhead and sturgeon fishing and was known as an amazing fly fisherman that spent hours upon hours tying his own flies. He was even an Outfitters guide for Owyhee Reservoir.

Mike approached hunting like he did fishing. He enjoyed his guns, hunting birds and big game. He shared his love of hunting with his dogs/faithful companions and their urns will be placed with him so they can rest in peace together. Mike would spend countless hours working on his guns and would take pride in telling you about them. His guns were his passion. Mike enjoyed shooting his guns and muzzle loading.

Mike was full of adventure and always willing to try something new whether it took place on land, water, or in the sky. Mike loved the outdoors and spent as much time as he could camping, hunting, fishing, and golfing. Mike wasn’t afraid to try new things and take chances such as owning a hot air balloon, fast cars and loud music, horses and rodeos, opening a food truck (AKA The Weenie Wagon), jet boats, bass boats, and hand gliding, but most of all just having a good time with family and friends. Mike was one of a kind and will be dearly missed by all that knew him.

Mike will be laid to rest at Dry Creek Cemetery on Tuesday April 14th. Due to circumstances (COVID-19) we are unable to have any type of service at this time. There will be a Celebration of Life at a later date.