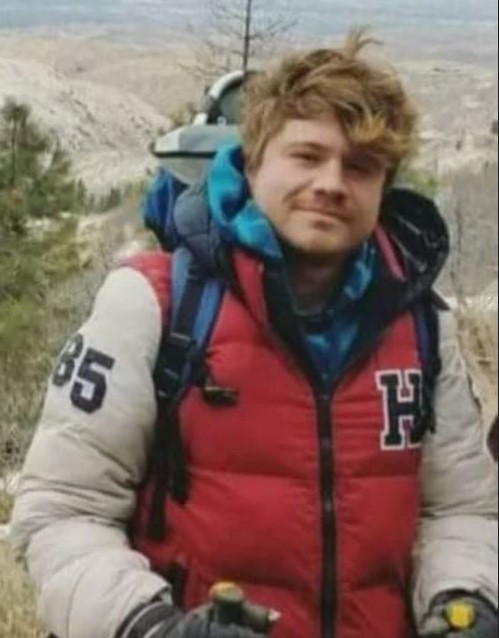 His younger years were spent on play adventures with his sister, Cassie, and friends. He attended Monroe Elementary, South Jr. High and graduated from Borah High in 2014. He played soccer and was a drummer in the school band. He was active in the Boy Scouts of America, enjoying campouts greatly. He loved spending time in the outdoors with friends and family. He spent many summers with his cousins, which left lasting memories.

Michael’s favorite activities were skateboarding and writing the beats and lyrics to rap music. He also loved spending time with his sister, family, friends, and his dog, Maxxo.

He worked in landscaping, and had recently begun a job in flood restoration.

Michael was best known for his love of people and animals. He had a gift for finding the people who would have fallen through the cracks and making them into a family. He was a loyal brother, friend and son.

He is survived by his father, mother, sister, his dog, Maxxo, as well as grandparents, cousins, aunts and uncles.

He was taken way too soon and will be missed greatly by all.

Services will be held Thursday, October 14th, under the direction of Bowman Funeral Home. There will be a viewing from noon to 1:30 p.m. Graveside services and program will be held at Dry Creek Cemetery at 2:00 p.m. Light refreshments will follow at Stephen C. Guerber Park Shelter at 3:30 p.m.  In lieu of flowers, the family suggests a gift to the Boise Humane Society.

There will be a viewing/visitation on Thursday, October 14th at 12pm at Bowman Funeral Chapel.  Following at 2 pm there will be a graveside service at Dry Creek Cemetery, 9600 Hill Rd, Boise.