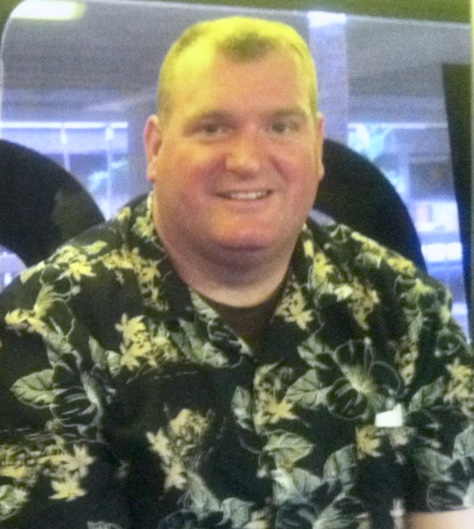 Michael Allen Scherer 46, passed away into the arms of our Lord, on August 25, 2019 After a sudden and unexpected illness.

He was born January 26, 1973 in San Pedro, California, then relocated with his family, Mother Betty, Father David and Sister Kristie to Lompoc, California in 1977.

While growing up, Mike attended the First United Methodist Church. During high school he was an active member of the Lompoc Police Department Explorer Program where his Father worked and Mike also worked at Williams Brothers Market.

After graduating from Lompoc High School in 1991, he immediately began working as a cast member at Disneyland. He met his true love and fellow cast member, Tammy Viola, they were married in 1998 and were blessed with 2 sons Zachary in 2001 and Nathan in 2004.

The family relocated to Boise where Tammy began working as an RN at St Luke’s, while Mike began working as a Protection Officer at Saint Alphonsus. They attended Treasure Valley Bible Church. Mike recently became a realtor with John L Scott.

Tammy passed away in 2016 after a courageous battle with breast cancer. As they had done prior to Tammy’s death, Mike and the boys continued to enjoy numerous trips to Disneyland and Disney World.

Michael was overjoyed when Zachary was accepted to Baylor University. Mike, Zachary and Nathan made 2 trips to the campus over the summer and he was already planning another trip to see Zachary.

In addition to his sons, he is survived by his Parents Ron and Betty (Scherer) Hutchins, his sister Kristie (Troy) Maupin, niece Brooke, and nephew Cody (Tessa) Maupin. Aunts Char Kyes, Cleoan Ferm and numerous cousins. Also his in laws the Viola, Rodgers and Kelly families.

He was preceded in death by his wife,Tammy, his Father, David Scherer, niece Jordan Maupin and Grandparents Cleo and Lucille McComas.

The family wishes to express our sincere gratitude to Mike’s co workers and staff at Saint Alphonsus for their care and compassion. It gives us great comfort that he was cared for by his work family.

We ask for your thoughts and prayers for Zachary and Nathan who have lost both of their dedicated and loving parents in such a short time.