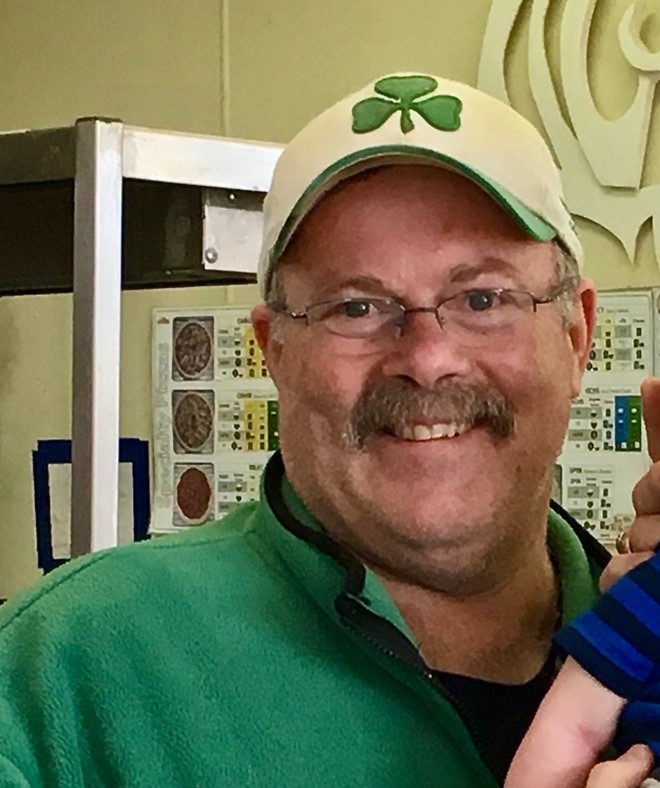 Michael “Mike” Patrick Joseph Patton passed away in Meridian, Idaho on March 19, 2022, surrounded by friends and family celebrating his life. He was 65.

Mike was born in Louisville, Kentucky as the middle child of Ralph and LaVerne Patton. Mike was blessed with four siblings that he loved dearly: Eddie, Vickie, Kathy, and Jimmy. Growing up, Mike learned from his father how to fix just about anything. He carried those skills with him throughout his life and was often referred to as “the fix-it man.” As a kid, Mike, back then known as “PJ” around the neighborhood, also loved playing sports with his family and friends—especially baseball.

Mike was a proud son of Shively, Kentucky, and graduate of Butler High School where he played football and baseball. Mike went on to graduate from Morehead State University where he was a pitcher on the varsity baseball team and a member of the Delta Tau Delta fraternity. After college, Mike taught and coached at Trimble County High School and later worked at Louisville Golf. More recently, and over the last 30 years, he was better known as “the pizza man.”

In 1991, Mike and his then-wife Alison opened the 101st Papa John’s Pizza store in South Bend, Indiana. Over 30 years Mike and Alison, his ex-wife, business partner, and dear friend, expanded to six Papa John’s franchises throughout St. Joseph County in northern Indiana. While Mike was never able to fully step away from the business, he was thankful for longtime friends and employees Chris Anderson, Claudia Cochran, and Doug Cochran for taking on more of his responsibilities, which allowed him to “semi-retire” and spend more time traveling and enjoying his grandkids over the last few years.

Mike lived a full life. He loved playing cards, the horses, and throwing darts. He loved to travel. You could often find him planning his next trip—sometimes to a football game, other times to a horse race, but most often Disney. At Disney, Mike loved watching the excitement of his grandkids, pin-trading, and popcorn—lots of pins and lots of popcorn.

While Mike did pull for the Cards for most of his life, the last 30 years in South Bend converted him to a diehard Fightin’ Irish fan. Mike attended football games across the nation—and even one in Ireland! Mike also loved both Notre Dame men’s and women’s basketball. Mike went to many NCAA tournament appearances and was in attendance when the Notre Dame women’s basketball team won their first basketball national championship in 2001. While many of his travels were often with dear friends, Notre Dame sports trips afforded the opportunity for many great father-and-son memories with his son, Grant.

Mike was the world’s best dad to Grant. While easy to say, it is hard to put to words a proper summation of the father he was. Mike was ever supportive, a constant listener, a constant encourager, a helper, a friend and champion of his son, a voice of reason and wisdom, and kind. Mike shared so much of himself with his son—a legacy that Grant cherishes, holds close to his heart, and hopes to model for his kids.

While Mike loved being the pizza man and being dad, there was nothing he loved more than being Papaw to Landon, Callan, and Audrey. Mike was never happier than when he was with them. Mike spent his last days snuggling his grandkids, listening to “Baby Shark” on repeat, and spending every minute possible with them.

Mike was preceded in death by his mother, LaVerne, and his father, Ralph. Mike is survived by his son, Grant (Ellie); his grandchildren, Landon, Callan, and Audrey; his siblings, Eddie (Rhonda), Vickie Goetz, Kathy Troutman (Ronnie), and Jimmy (Tammy); and many nieces, nephews, and dear friends that loved him like a brother.

In lieu of flowers, memorial contributions may be made to the University of Notre Dame, directed to the Sorin Society or the Order of St. Thomas More, in memory of Michael P. Patton. Gifts may be made online at giving.nd.edu.

In lieu of flowers, memorial contributions may be made to the University of Notre Dame, directed to the Sorin Society or the Order of St. Thomas More, in memory of Michael P. Patton. Gifts may be made online at giving.nd.edu.