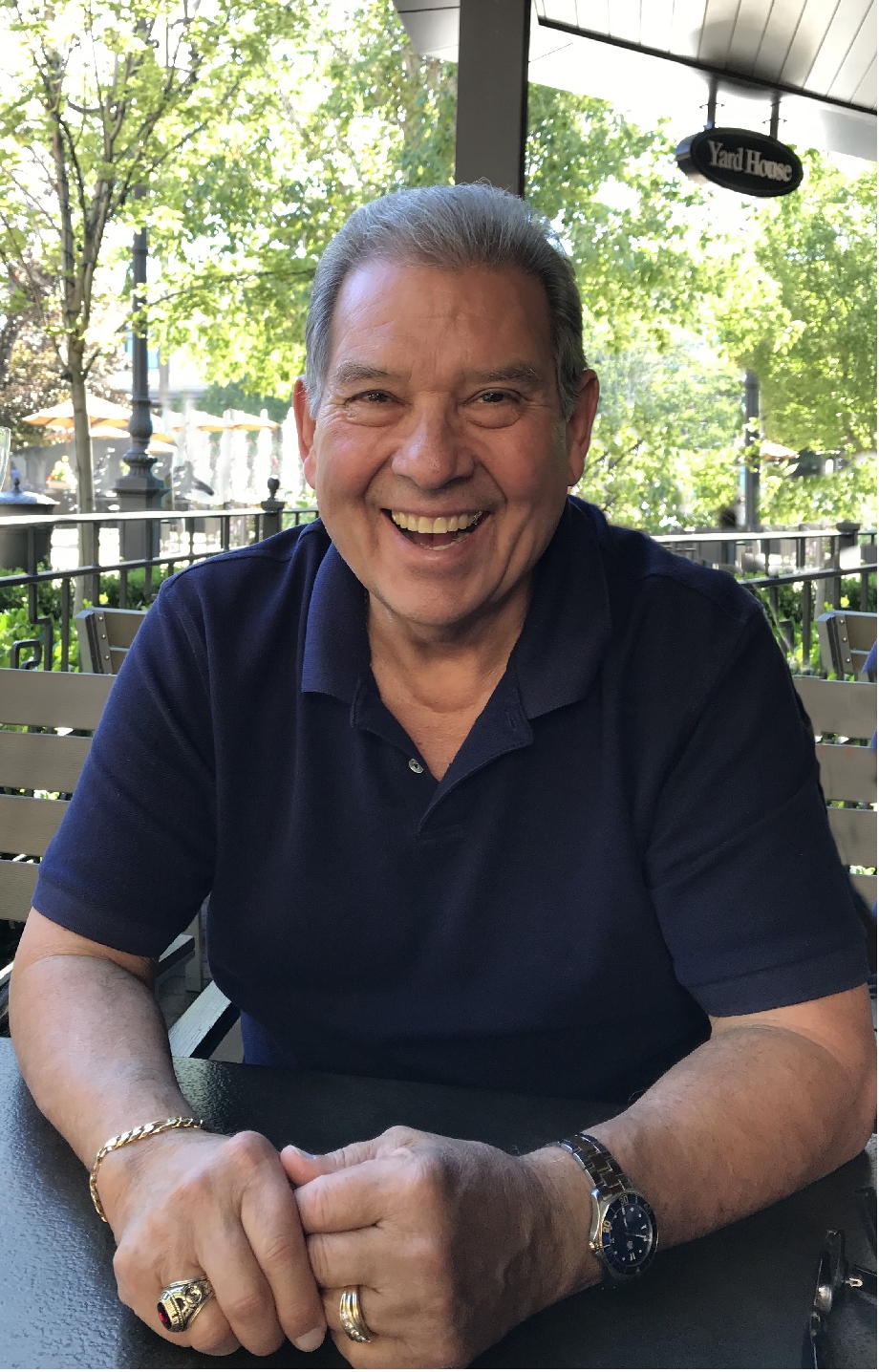 On Friday September 17th, the angels above gained another sweet soul, Michael P. Fenske, loving husband, father, grandpa,and friend, passed away peacefully surrounded by family at St. Lukes Medical Center. Mick as he preferred to be called was born January 16, 1945, in Riverside, California to Michael and Virginia (Jamison) Fenske. He grew up in Riverside, Californiawith his one sister.

Even as a small child, Mick was always a talker his beloved mother eventually took pictures of him telling her stories on the front porch, because this was such a reoccurring experience the two of them shared. Mick was an active athlete during his time in school. He competed in track throwing both disc and javelin,but his greatest love was to play football, he was his team’s kicker. Mick played all the way through high school and into his college years, he loved to share his love and knowledge of the game with his son and grandson, who was also a kicker. Mick loved attending Young Life Camp and always spoke of his time at their Colorado ranch helping to brake in broncos. Young Life is also where in 1962 he met his lifelong friend Robert White (Uncle Bobby to his kids). Mick graduated from Ramona High School in Riverside, California in 1963 and entered the service of our country August 30, 1965.

Mick served proudly for his county in the Vietnam War with US Navy and was honorably discharged August 29, 1971, when he reenlisted with the Air National Guard. Between active-dutiesMick worked at Sears Robock Co. where he was able to meet one of his all-time favorite icons John Wayne. This encounter would be a lifetime cherished memory Mick would never forget. Mick moved to Idaho in 1975 where he transferred to the Idaho Air National Guard and began his banking career with First Interstate Bank. After moving to Idaho Mick was blessed with his first two children Kimberly (Kim) and Robert Michael (Bob). Mick attended Boise State University, working hard for his bachelor’s in business management and graduated in May of 1989. Mick officially retired from the military in October of 1993 serving his country proudly for twenty-eight years. Mick met Tiffany the love of his life in 1999 and quickly swept her away to be married July 4th, 1999. He always said, “when you know, you know”. Mick was blessed with his youngest daughter Hannah when he married Tiffany. Mick was known by many as a second dad and was always taking in more under his wing, sharing advice, his knowledge of life and loving them as his own. Jason McKendrick, his wife Amber, and their family are a perfect example of his love for extended family.

Mick had nine grandchildren, Kenzie, Jeffrey, Kinley and Ryan, Kenzie’s husband (Kim’s children), Mila (Bob’s daughter), Raylan and Norah (Hannah’s children), and Cheyenne and Logan (Jason’s children). Mick loved spending time with his family and attending all the activities each was involved in. They were his pride and joy! Mick was also beyond excited for the arrival of his first great granddaughter this Christmas (Kenzie’s).

Mick’s first love was his family followed closely by a love for his country, but he also enjoyed many outdoor activities and was very involved in numerous organizations. Mick enjoyed the outdoors, he loved to fish, camp, snow ski, bike ride, shoot archery, go gun shooting, walking his dogs, watching his grandkids sports games and competitions, and most recentlyriding jet skis. Mick loved to travel with Tiffany and enjoyed their annual migration to Arizona for the winter. Mick also loved to play the guitar, working out, watching old John Wayne films,and meeting new managers at each store he frequented, his favorite being Best Buy. Mick not only played football he was ahuge fan of BSU, Green Bay and Norte Dame which was a love he shared with his mom. Mick was an active member of the Rincon Band of Indians, BSU Alumni, VFW (Veterans of Foreign Wars post 4000), Elks #310 and a devoted Catholic. Saint Christopher could always be found adorning the chain that he wore.

Mick will always be remembered as a protective, strong, devoted, and loving man. He could be a bit intimidating to those that didn’t know him and as stubborn as they come, but he had a huge heart of gold. Mick will truly be missed and cherished by the memories he created.

Mick’s Services and Celebration details are as follows:

Viewing for family and friends-

Mick was preceded in death by his parents Michael and Virginia (Jamison) Fenske, his Uncle Don Jamison, and many sweet Aunts. Mick is survived by his wife Tiffany and his children Kim (Wortham), Bob, Hannah (Lansing), Jason McKendrick, their spouses, Jeff (Kim’s), Jala (Bob’s), James (Hannah’s) and Amber (Jason’s), nine grandchildren and one great granddaughter.

We ask that any flowers be sent to Bowman Funeral Directors for the viewing and funeral service.

Mick’s Services and Celebration details are as follows:

Viewing for family and friends-