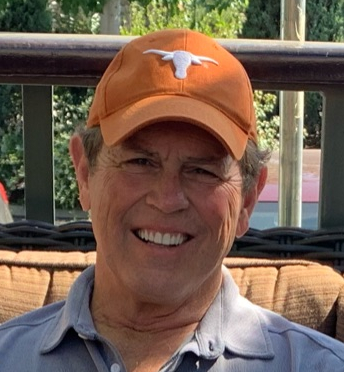 Michael Wayne Mantooth (Mike) went to be with The Lord on Saturday, April 3rd and although our hearts are broken, we continue to place our trust in the knowledge that there must be a greater plan than any we can conceive. Mike was born on March 29th, 1957 in Muleshoe, Texas. He was the oldest son of Ruth and Wayne Mantooth. The family moved around quite a bit, residing in Santa Fe and Albuquerque, but he spent the majority of his youth in El Paso, Texas. He graduated from Coronado High School in El Paso in 1975, where he established himself as a football star, with his father as his coach. He was awarded All-city and All-District in football. Much to his dad’s joy, he was offered scholarships to several universities in his Senior year. He ended up accepting a spot at UTEP to play Division 1 ball.

Throughout college, Mike worked part-time in the restaurant business until it inevitably called his name as a career choice. Like many successful restauranteurs, he cut his teeth at Steak and Ale (1980 – 1984) before trying his hand at several privately owned restaurants- La Prima, Crumbly Cogwheels and Basils Marketplace in Houston, Texas. He went on to open restaurants for Chili’s and El Paso BBQ before partnering with his good friend, Steve Cooper to start the successful group of Goodwood Barbecue Restaurants in Boise and Salt Lake City. Perfecting recipes and mentoring his staff were the elements of his vocation that brought him the greatest joy each day.

In 1979, while bartending at Steak and Ale, one of his favorite customers introduced him to his daughter Kay Lubianski and Mike fell instantly in love. They were married August 4, 1984 in Austin, Texas. The couple purchased their first home shortly thereafter in Houston and had their first child, a son, Blake Wayne in 1988, followed by a daughter, Kelli Lynne in 1992. Mike cherished being a husband and a father more than anything else in the world. The love he showered on his family inspired so many men he came into contact through the years to strive harder… to do more and be more. He was the epitome of a family man to the very end.

Mike is survived by his wife Kay, his two children Blake and Kelli, his brother Mark Mantooth and his sister Jo Linda Mantooth.

In lieu of flowers, donations can be made in his memory to any form of cancer research – because if this man couldn’t beat the disease, with all the determination and pure grit he brought to the battle, it’s clear the rest of us need to “keep fighting the good fight” in his honor with all of our available resources until we eventually find a cure.