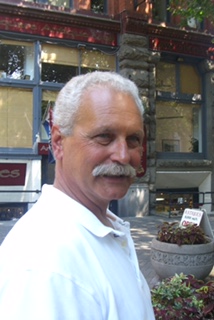 Michael L. Clay, 64 passed away on September 9th in Meridian, Idaho.  He was born to Judith “Judy” Fugit Clay Walker and Ronald L. Clay in Santa Monica, CA on October 7, 1957.  He was also the son of John. H. Walker.

Mike met the love of his life, Chris, on June 21, 1980; the two were married 11 months later, on May 2, 1981. They spent over 41 years enjoying life together, especially camping in the wilds of the west, mostly in his beloved Idaho.  They welcomed son Joshua Clay to the family in 1983, bringing even more joy into the family.

Mike was not only a very good and loving man, but also gifted in his chosen construction career and was well known for always helping friends and family.  He had a wicked sense of humor and anyone that knew Mike knew “that mischievous twinkle in his eyes”.

A Celebration of Life will be planned later in the year.

A Celebration of Life will be planned later in the year.