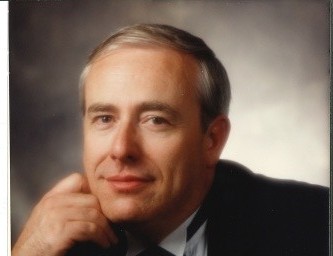 Early morning on December 21, 2017 while at home with his loving wife Diana, Michael went home to be with the Lord for Christmas.

He was born in Boise on March 31, 1948 to Raymond and Laura Shaw . He lived and grew up in Mountain Home for the first 40 years of his life. At age 13 Michael lost his beloved mother to cancer. He graduated from Mountain Home High School and in 1967 he enlisted in the Navy. Thank God he was honorably discharged, after serving 8 months, to return home to be with his father, who had major health issues.

Michael and his dad made many trips to Portland, Oregon and Northern Idaho visiting his relatives on his dad’s side. Those times were cherished by Michael. He spoke of them often. His father passed in 1989.

In 1973 Michael enrolled at Boise Sate University. He loved going to college and took every art class that was offered. He graduated in 1979 with a Bachelor of Arts Degree.

Michael loved buying and working on classic cars. His favorites were Corvairs, Hudsons and MG’s. He was a talented mechanic and could disassemble and reassemble anything. He pursued these natural talents and abilities until his health robbed him of his life-long dream of getting many of his car projects complete and running.

In 1988, prior to his 40th birthday, Michael met the love of his life, Diana Webb. They were married on September 22, 1990 at the First Nazarene Church in Boise. In 1992 they moved into their dream home in Boise. Michael and Diana were soul mates who truly loved each other. They enjoyed sharing many hobbies, traveling together, attending car shows and generally living each day to its fullest. They grew together in faith and made many close friends while attending the First Baptist Church in Boise during the past 17 years.

Michael loved working in his shop and in the yard. He loved to plant flowers, fruit trees and grapes. He would read books on gardening and loved to start plants from seedlings. He was truly fascinated by Gods creation of life from a seed.

Michael loved reading everything about history, politics and the Bible. Michael never stopped learning and enjoyed sharing his knowledge and faith. He had a wild imagination and terrific sense of humor. Everyone loved these qualities about him. Diana especially loved his tenderhearted, sensitive side which only few close friends and relatives were blessed to see..

Michael’s latest passion was collecting cookbooks and finding new recipes to try. He purchased an Instant Pot and was fascinated by all the culinary creations that he could make while using it.

From 1989 to 2008 Michael worked as a gasket shop manager for a local company in Boise. During that time he taught himself die cutting and gasket making. In 2009 he started his own business, Michael G. Shaw Enterprises, working from his home office. All of his customers and vendors appreciated his extensive knowledge and his creativity as he provided the products that they needed.

With hope and faith in the Lord, Michael would use all of his physical strength to go to Cardio-Rehab at St Luke’s, Meridian. While participating in Phase III of rehab, Michael made many friends with the staff and the patients. Michael loved sharing his faith and sense of humor with his newly found friends, who were a big part of his life these last few years.

Michael was preceded in death by his mother Laura, father Ray, half-sister Phyllis and her husband Dee Heath, close friend Ross, and many uncles, aunts and cousins.He is survived by his loving wife Diana, half-brother Louis (Nora) Olaso, father-in-law James Webb, mother-in-law Kathryn Foster, sister-in-law Judi (Dan) Williams, as well as many cousins, nieces, nephews and many dear and loving friends. Michael enjoyed spending time with all of you while holding you close in his heart Michael chose to not have a funeral service. Diana will host a celebration of Michael’s life at a later date. In lieu of flowers, please make a contribution to your favorite charity.